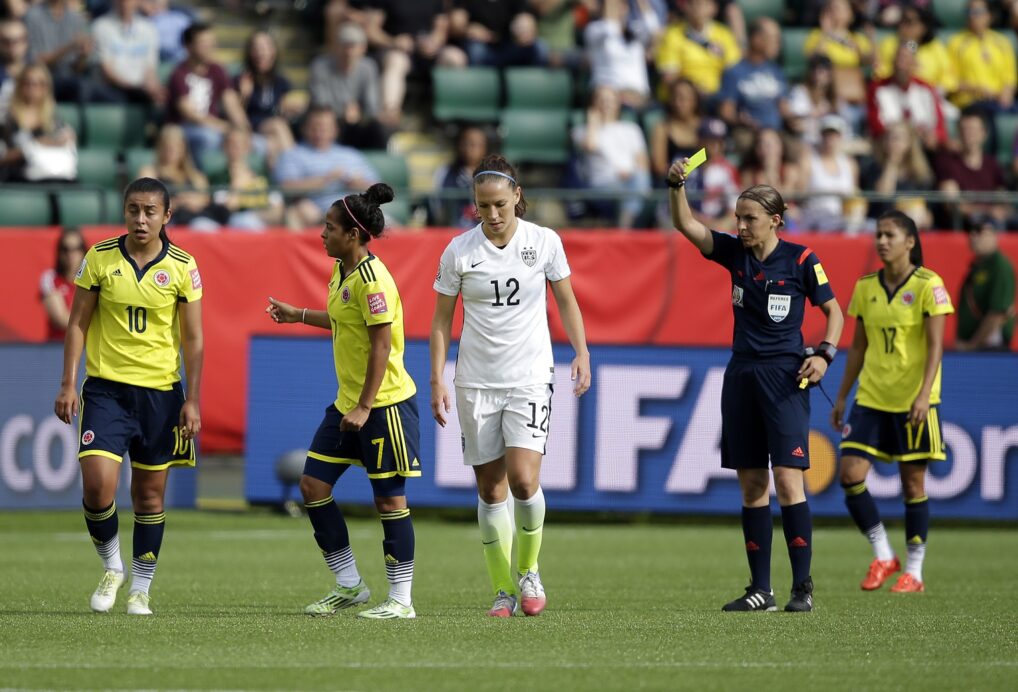 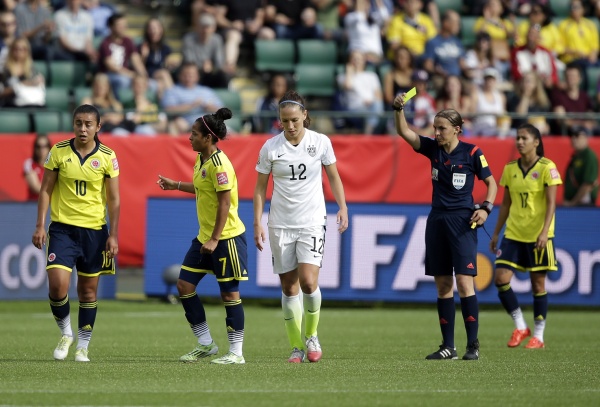 Megan Rapinoe and Lauren Holiday will miss the U.S. Women’s National Team’s next match due to yellow card accumulation, and forward Abby Wambach is none too happy.

Wambach has questioned whether or not Stephanie Frappart, the French referee in charge of Monday’s game, “purposefully” gave the duo their yellow cards. The pair of bookings mean that the two U.S. players will miss Friday’s quarterfinal matchup against China.

“It’s definitely a great question,” Wambach said when asked about the two yellows. “I don’t know if they were yellows. Who knows?

“It seemed like she was purposefully giving those yellows to the players she knew were sitting on yellows. I don’t know if it was just a psychological thing. Who knows?”

The American star could possibly face a reprimand from FIFA, as the governing body does not take criticism of referees lightly. In the 2012 Olympics, Canadian star Christine Sinclair was banned four matches by FIFA after similar comments about a referee being impartial.

What do you think? Does Wambach’s statement have any truth to it? What do you expect to come of her comments?