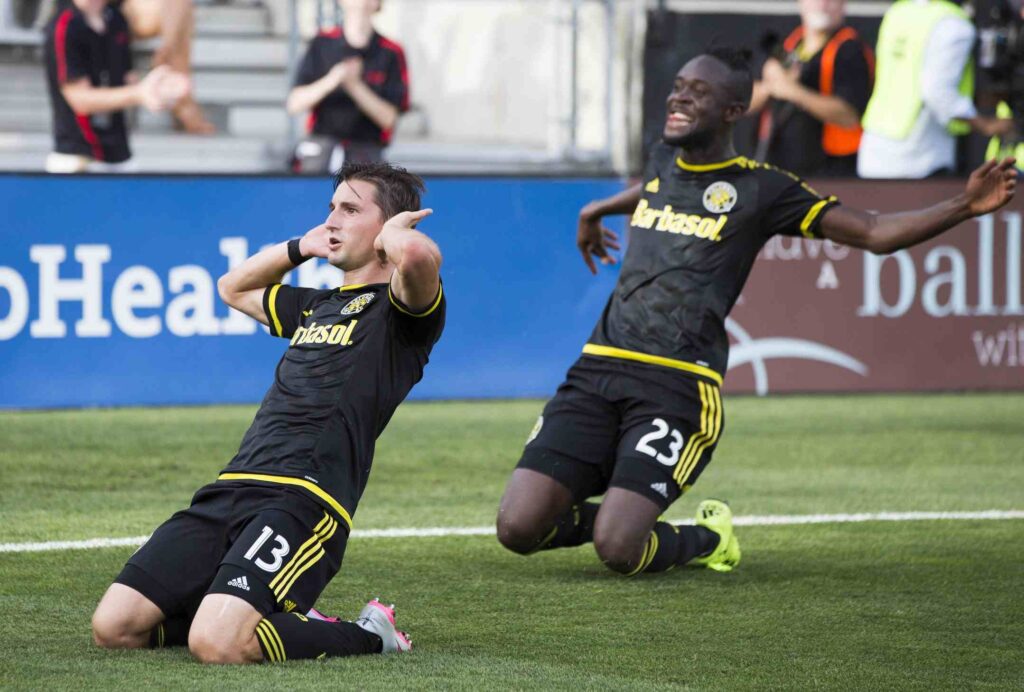 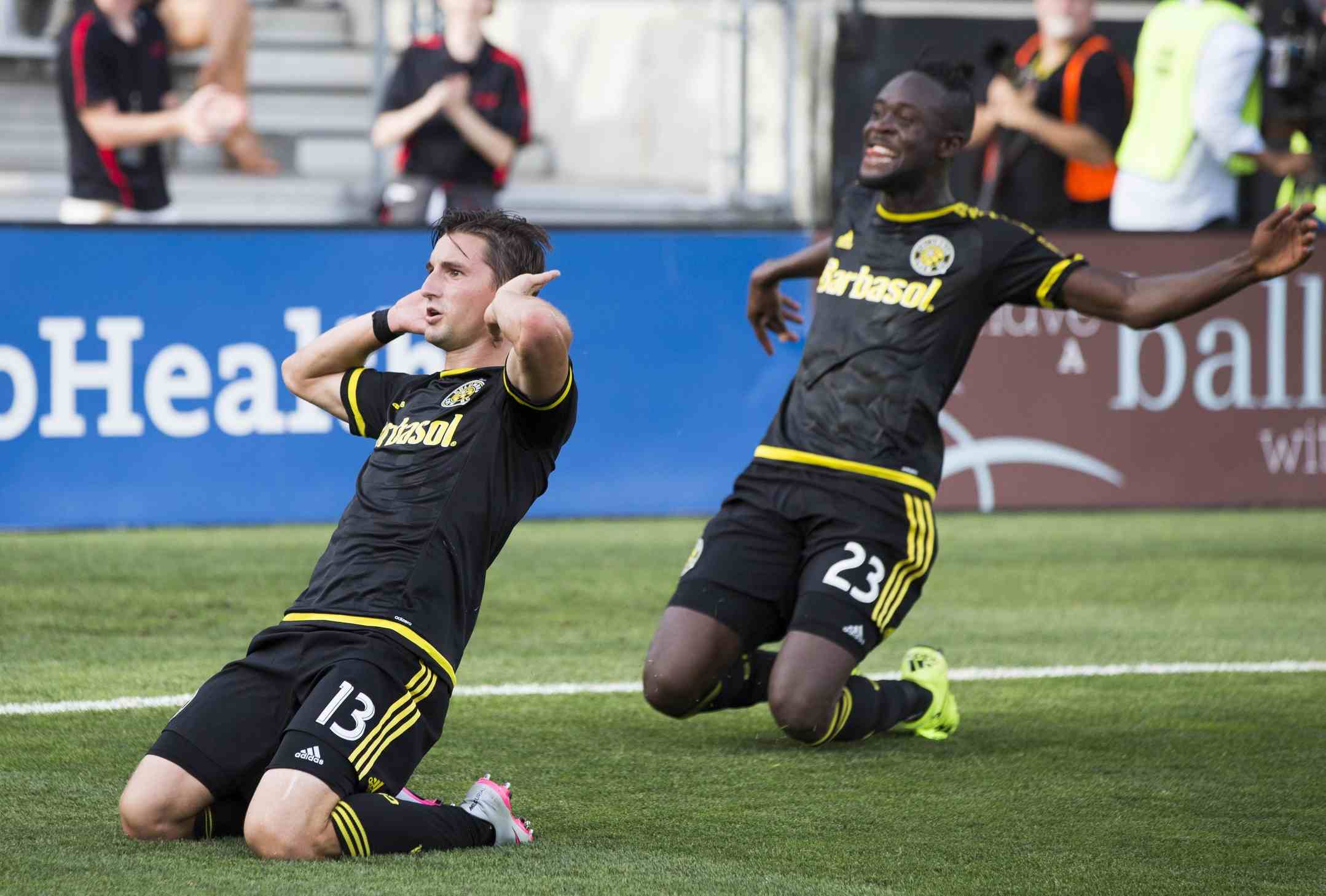 For the second time in four days, the Columbus Crew dispatched the Chicago Fire with ease.

Kei Kamara scored his 14th goal of the season, sandwiched by an early penalty kick goal from Federico Higuain and a late goal from Ethan Finlay, as the Crew defeated the Fire, 3-1, at MAPFRE Stadium on Sunday evening.

The Fire, which remains in last place in MLS, played nearly the entirety of the second half with ten men after forward Jason Johnson was shown his second yellow card and sent packing for embellishment in the box.

Due to a severe weather alert in central Ohio, the match was delayed about 30 minutes from its scheduled start of 5:00 p.m. But it only took 12 seconds into the match for the Crew to gain their first advantage, and make MLS history in the process.

From the kickoff, Crew midfielder Wil Trapp sent a long ball forward that was flicked on into the box by the head of Kamara. Finlay was open on goal and ran onto the pass, but was taken out by Fire goalkeeper Sean Johnson.

As the referee ran to join up with the play, he pointed to the spot. It became the earliest called penalty kick in MLS history.

Higuain stepped up to the spot and slotted home a penalty kick to give the Crew a 1-0 lead.

The Fire, which were without Jeff Larentowicz, Shaun Maloney, and Mike Magee from the game day squad, did utilize the pace and dribbling ability of Johnson, Designated Player David Accam, and Patrick Nyarko, attacking Crew wingbacks Chris Klute and Waylon Francis.

After earning a free kick a yard outside of the box in the ninth minute, Accam equalized for the Fire, slamming home a free kick that deflected off the Crew defensive wall and past goalkeeper Steve Clark.

But in the 17th minute, the Crew responded. A free kick by Higuain was headed away, where Francis picked it up. Seeing Kei Kamara free in the box, Francis floated a ball towards the far post that Kamara powered home, beating Fire goalkeeper Sean Johnson to the ball.

The game changed on end in the 50th minute, when Johnson went down under little contact if any in the box. The referee, Chris Penso, pulled out a yellow card and followed that with a red card for Johnson, who was understandably irate at the decision.

The Fire had few chances for the rest of the second half, and the Crew finally took advantage of the situation when Ethan Finlay scored in the 83rd minute.