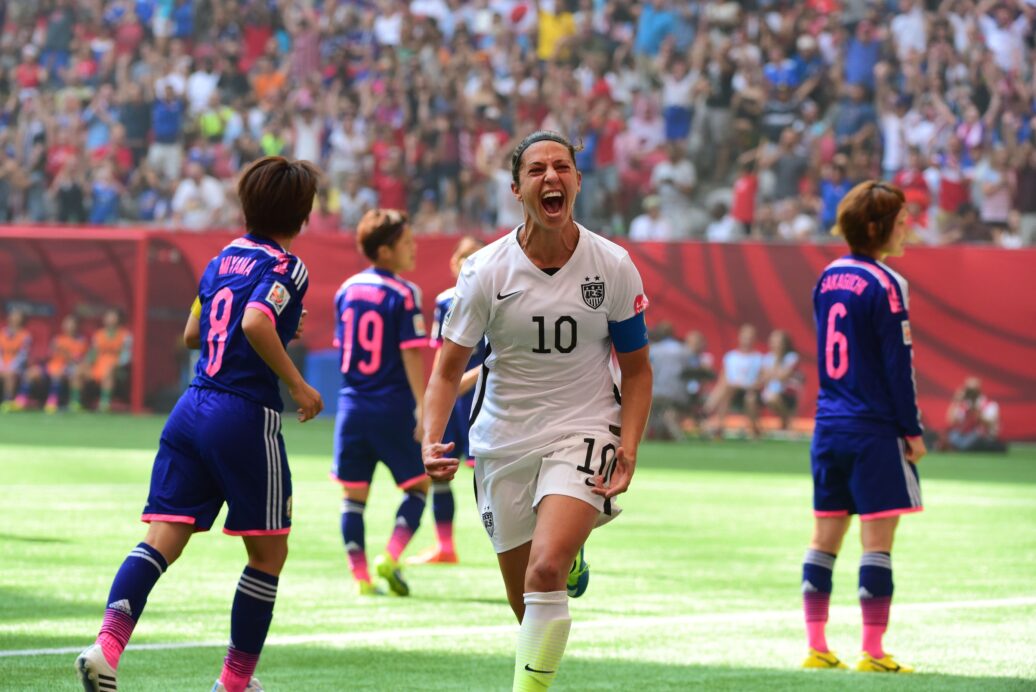 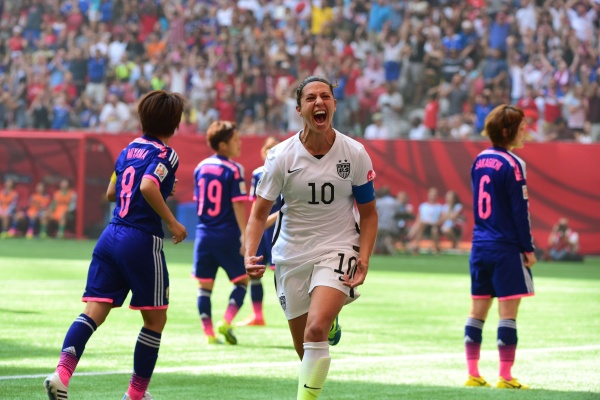 Now that she is home from parading, Carli Lloyd should probably start expanding her trophy cabinet.

FIFA announced Monday that Lloyd’s long-range chip from the center circle in the World Cup Final was awarded Goal of the Tournament.

Lloyd’s strike was rewarded after a week of fan voting and was especially remarkable considering it came against the former world champion Japan on FIFA’s largest stage in the Women’s World Cup final.

Lloyd’s 16th minute chip was both inventive and ambitious, as she recognized that Japan’s Ayumi Kaihori was well off her line and sent the ball sailing over the sprawled-out goalkeeper and off her fingertips before one-hopping into the net.

Nobody has scored more in their careers from USA midfield than Lloyd, who claimed her hat-trick on this goal—just her third shot of the game—and became the first player, man or woman, to score a hat-trick in one half of a World Cup final.

Lloyd’s long-range bomb beat out Daniela Montoya’s equalizer for Colombia against Mexico and Mizuho Sakaguchi’s curling left-footed finish for Japan against the Netherlands.

Lloyd will add this trophy to her winner’s medal, Golden Ball for player of the tournament, Adidas Silver Boot as second-top scorer and Live Your Goals Player of the Match awards—one from each stage of USA’s triumphant run through the knockout rounds.

What did you think of Lloyd’s goal? Did another strike stand out to you from the tournament?