U.S. U-23s use blitz at start of second half to crush Panama 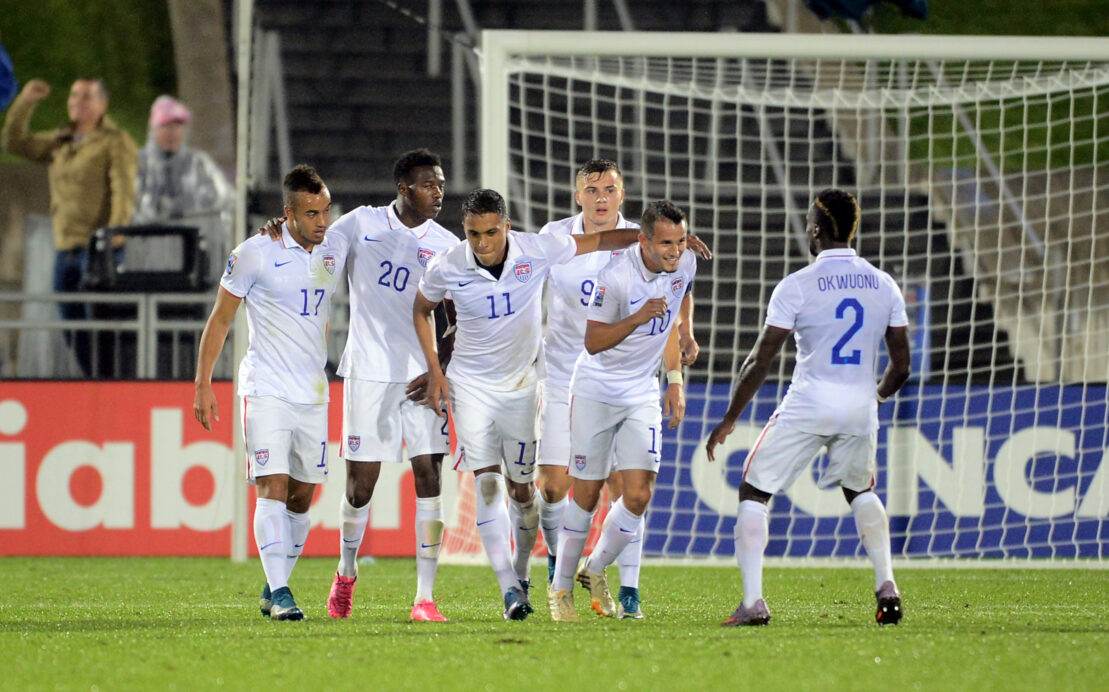 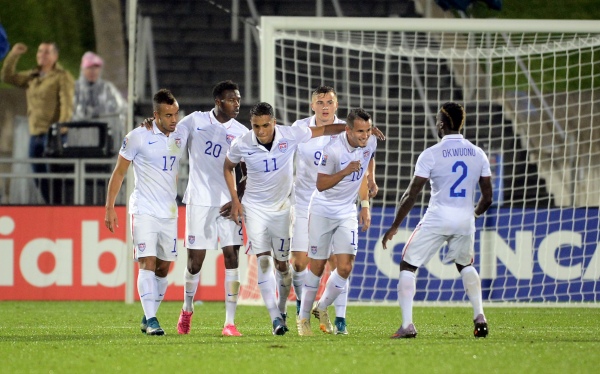 For the first 11 minutes of the second half, the Americans looked like they could not stop finding the back of the net.

The U.S. used a barrage shortly after halftime to help trounce Panama, 4-0, in their CONCACAF Olympic qualifying Group A finale on Tuesday night. The match at Dick’s Sporting Goods Park in Commerce City, Colorado, was scoreless at the break, but three goals in a six-minute span after the intermission turned the close game into a blowout.

A Fidel Escobar own goal forced by Gboly Ariyibi in the 51st minute proved to be the difference, but halftime super subs Jerome Kiesewetter and Jordan Morris made immediate impacts by combining for the next two goals. Luis Gil capped the scoring with 19 minutes to play.

The result moved the Americans to 3-0, gave them their first shutout of the tournament, and eliminated Panama.

The U.S., which had won Group A even before playing on Tuesday, will now await the result of Mexico-Honduras on Wednesday to see which of the two nations it faces in a decisive semifinals bout this weekend.

After struggling to create many clear scoring opportunities in the first half, the reserve-filled U.S. lineup received a jolt of energy once usual starters Kiesewetter and Morris came into the game at the start of the second stanza.

The duo immediately helped open up more space for the U.S., which found the winner through an Escobar own goal six minutes after halftime. Ariyibi raced down the left side of the penalty area on the play and unleashed a venomous cross that Escobar’s outstretched leg accidentally pushed into the back Panama’s net.

Kiesewetter scored the first insurance goal in the 53rd minute, capping the first well-worked passing sequence from the Americans in the game. It ended with Morris feeding Kiesewetter inside the 18-yard box before the VfB Stuttgart attacker spun and fired a clinical shot on frame.

Their roles reversed three minutes later. Kiesewetter played an appetizing low ball in from the right that a streaking Morris one-timed into the back of the net for the 3-0 lead.

Kiesewetter had a hand in the final goal of the match, drawing a 71st-minute penalty kick that U.S. captain Luis Gil converted.

Panama had the better spells of possession and some half-chances to open the scoring in the opening 45 minutes, but it was the Americans who came closest. Maki Tall saw his 11th-minute strike saved by Panamanian goalkeeper Elieser Powell, who reacted superbly to deny Gedion Zelalem’s rebound.

The Central American country, which entered the match needing a 3-0 win to advance to the semifinals, never truly threatened Ethan Horvath’s goal. A low cross from the right in the first half carried some danger, but the attempt to push it on goal resulted in the ball rolling harmlessly to the opposite flank.

Horvath did make one notable stop in the first half, but it was on an effort from a tight angle.

The U.S. won Group A before taking on Panama because of Canada’s 2-2 draw with Cuba earlier on Tuesday night. The Americans will now play in the semifinals of Olympic qualifying on Saturday against whichever nation out of Mexico and Honduras ends up in second place in Group B.

A win in that weekend tilt, which will be disputed at Rio Tinto Stadium in Sandy, Utah, would grant an automatic berth to next summer’s Olympics in Brazil.

What did you think of the U.S. U-23s’ 4-0 triumph over Panama? Which players most impressed you? Would you prefer to see the Americans play Mexico or Honduras?