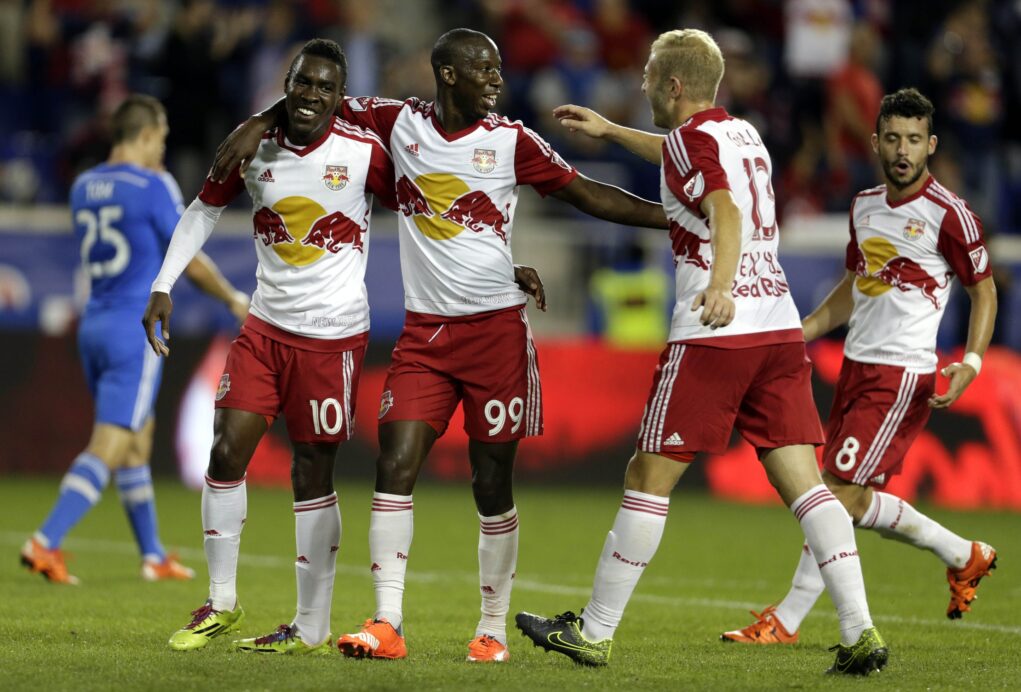 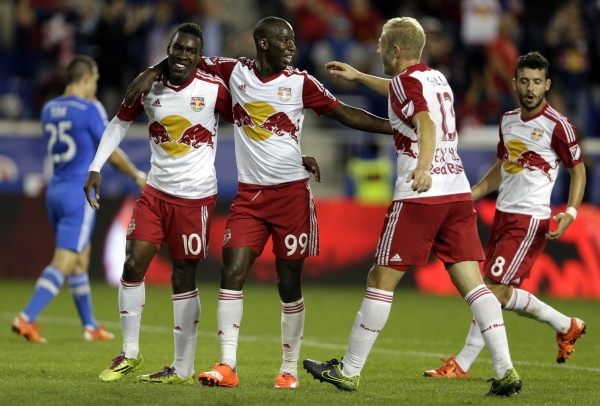 Wednesday’s effort certainly wasn’t pretty, but the New York Red Bulls did just enough to inch one step closer to the Supporters’ Shield.

In a game that saw three penalty kicks and one red card, the New York Red Bulls slipped past the 10-man Montreal Impact, 2-1, Wednesday at Red Bull Arena.

With the win, the Red Bulls open up a three-point gap atop the Supporters’ Shield standings, while the Impact remain in sixth place with a one-point lead over Orlando City.

The game kicked into high gear early via a 16th minute red card to Ambroise Oyongo. The Impact fullback, who was acquired from the Red Bulls in the offseason, was dismissed by referee Ted Unkel after blocking away a sure goal with a handball. Sacha Kljestan buried the ensuing spot kick, giving the Red Bulls the 1-0 lead.

Kljestan was given another opportunity from the spot in the 29th minute after Lloyd Sam was taken down in the box. Prior to the kick, Didier Drogba kicked the ball away from the penalty spot, prompting a scuffle with Kljestan. The Red Bulls midfielder went on to see his penalty kick saved by Evan Bush as the lead remained at one.

Sam bailed out his teammate 10 minutes later, taking advantage as Bush came off his line. After rounding Bush in the penalty area, Bradley Wright-Phillips’ shot towards the open net was blocked straight out of the box. A darting Sam rushed onto the ball and chipped a shot up and over Bush, who was left stranded in no man’s land as the Red Bulls opened a 2-0 advantage.

Drogba brought the Impact within one with another penalty kick in the 68th minute, but the Impact failed to muster much towards an equalizer. The Red Bulls saw the post struck twice, as Bradley Wright-Phillips and Shaun Wright-Phillips each came within inches of locking the game up.

The Red Bulls return to action October 14 with a visit to Toronto FC, while the Impact look to continue the push towards the playoffs Saturday against the Colorado Rapids at Dick’s Sporting Goods Park.