Klinsmann unconcerned with critics on heels of CONCACAF Cup loss 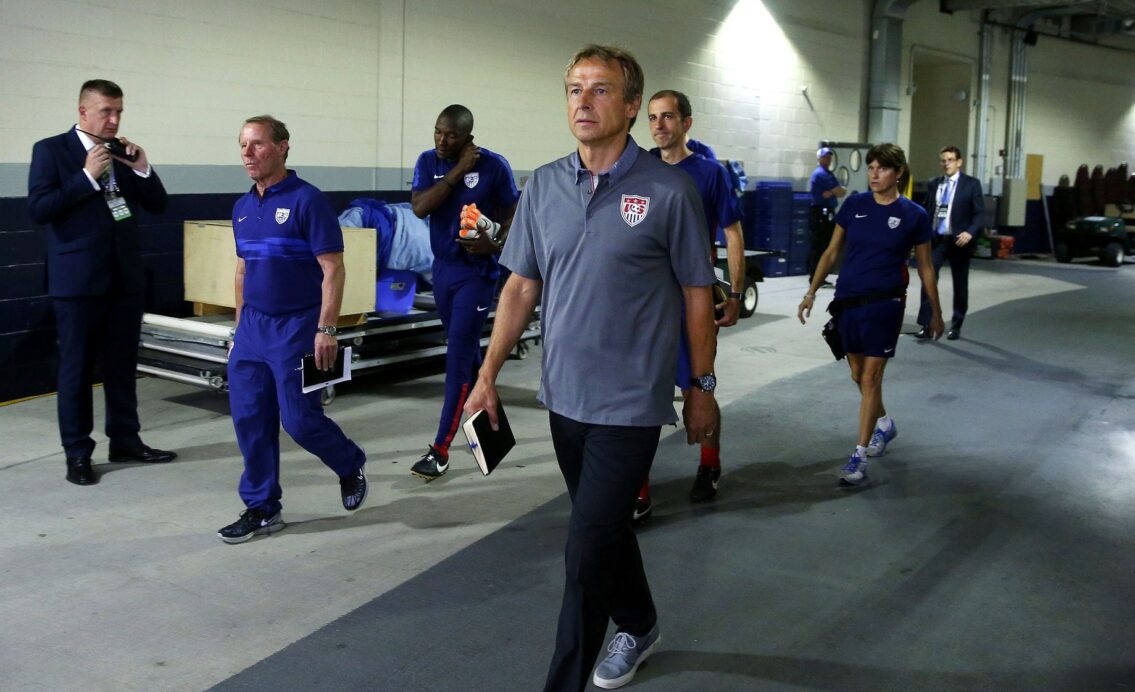 In the build-up to Saturday’s CONCACAF Cup, U.S. Men’s National Team legend Landon Donovan stated his belief that Jurgen Klinsmann’s job should be in danger with a loss to Mexico.

That result came to fruition Saturday night, as the U.S. surrendered an 118th-minute finish to Paul Aguilar in a 3-2 defeat in extra time at the Rose Bowl. The loss is another in what has been a frustrating year for the U.S., which now misses the 2017 Confederations Cup.

The Confederations Cup berth was one long eyed by Klinsmann, who repeatedly stated his desire to compete in Russia in two years’ time. Now saddled with a defeat, Klinsmann is forced to accept what has been lost while also dealing with the shouts of those who believe there should be radical changes for the U.S.

“I don’t need to say anything to them,” Klinsmann said of his critics. “As I said before, everybody can express his opinion and not everybody likes you. That is totally fine. I’m not here to be liked. I’m trying to do a good job.

“I’m privileged to have that role and represent the U.S. Soccer program. It’s a privilege for me. To do my best to my capabilities sand to leave the judgement out there for (the media) or for people who want to express themselves.”

The loss, Klinsmann’s first to Mexico as either a player or coach, is just the latest and most apparent failure for the U.S. in 2015.

Despite surprise friendly wins against Germany and the Netherlands, the year has largely been a frustrating one for the Americans. The U.S. has now seen dreams slashed at the CONCACAF Gold Cup and in Saturday’s CONCACAF Cup, and its record dips to 9-5-3.

Adding to the frustration was the U.S. Under-23 Men’s National Team’s loss to Honduras earlier on Saturday, which left the younger Americans on the precipice of missing the 2016 Olympic games.

Still, Klinsmann is looking forward, even with the sadness that comes from such a difficult defeat like the one he and his team suffered on Saturday vs. Mexico.

“I think they showed a lot of characters,” Klinsmann said of his players. “Tremendous effort and went all the way through. They gave everything they had out on the field. When you’re on the losing side it hurts. That’s normal.

“It takes a couple of days to swallow a pill like that. I told the guys to have their heads up because we gave everything we had there. Coming back twice against Mexico and playing openly is impressive, but it was not enough, unfortunately.”