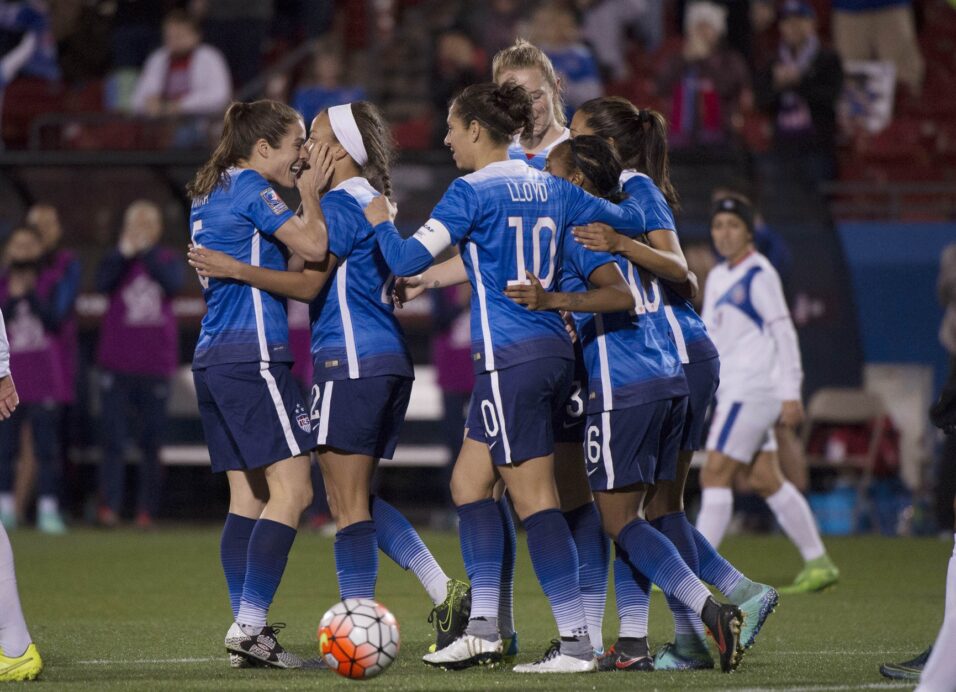 The U.S. Women’s National Team had no problem clinching the top spot in its CONCACAF Women’s Olympic Qualifying Championship group on Monday.

It only took six minutes for the Americans to score, and many more goals followed en route to a 10-0 rout of Puerto Rico in the third and final group game of the tournament. The U.S., led by Crystal Dunn’s five goals, overwhelmed the underdog, and 17-year-old Mallory Pugh was a key cog in the U.S. attack.

She provided the assist for Dunn’s first goal and then drew a penalty, which was coolly finished by FIFA Women’s World Player of the Year Carli Lloyd, in the 18th minute.

Dunn netted another shortly after Lloyd’s 85th career goal, while Kelley O’Hara scored just on the brink of halftime to make it 5-0. After an own goal by Puerto Rico to start the second half, Dunn completed her hat trick and Christen Press joined the goal-scorers with a superb blast from just outside the penalty area.

The 23-year-old Washington Spirit forward wasn’t done scoring on the night, though. Dunn added two more goals in the final few minutes of the contest, while Sam Mewis netted the 10th and final goal of the evening.

In Monday’s other Group A matchup, Costa Rica stunned Mexico, 2-1, and kept its Olympic qualifying hopes alive. The U.S. will play either Guyana or Trinidad and Tobago in one semifinal, while Las Ticas will play Canada in the other semifinal in Houston on Friday.

Here are the highlights of the USWNT’s win: