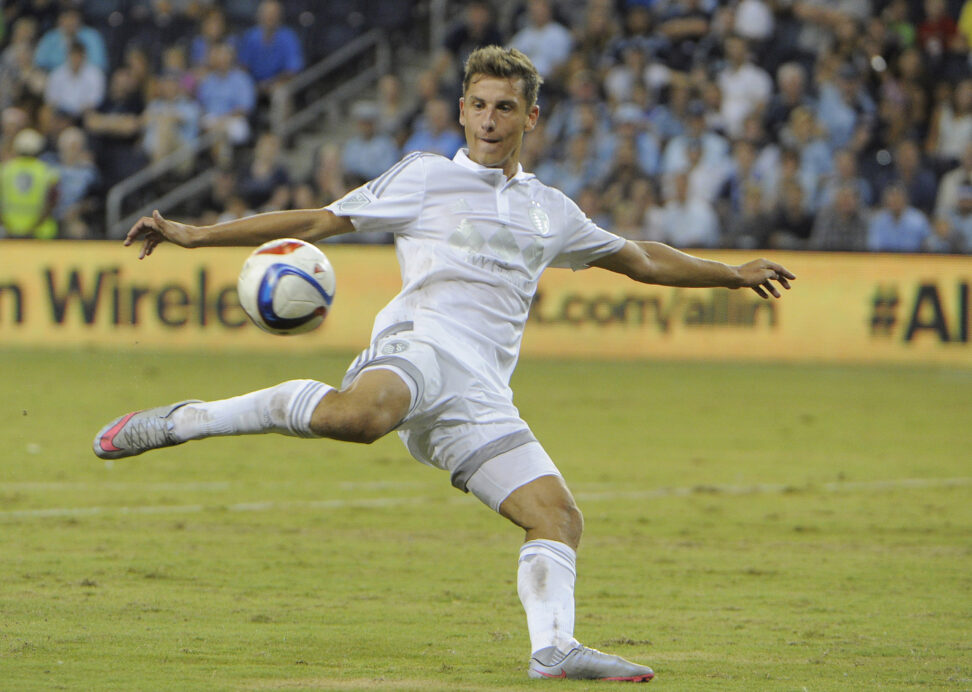 The early parts of the offseason saw Sporting Kansas City make headlines for their additions. The past few days have seen them in the news for their subtractions.

Sporting KC made a pair of surprising moves in the past four days, first transferring talented striker Krisztian Nemeth to Al-Gharafa in Qatar on Friday and then loaning out promising teenage centerback Erik Palmer-Brown to FC Porto on Monday for all of 2016. Both moves came with little notice, and were done while Sporting KC was still in the infant stage of its preseason.

With regards to Nemeth, Sporting KC made the decision to sell him after being unable to come to terms with the Hungarian on a new deal. Sporting KC offered Nemeth a contract that head coach Peter Vermes said would have paid the 27-year-old forward more, but Nemeth turned it down.

Of course, Sporting KC could have held on to Nemeth given that he had three years left on his contract, but decided to part ways after finding an interested club in Al-Gharafa that was willing to hammer out a deal that worked for all parties.

“I can tell you it was an extremely generous offer,” said Vermes of the contract that Sporting KC was willing to give Nemeth. “He just obviously wanted a lot more money, and that’s something that we couldn’t do. At the end, there was some offer that had come in and we had spent time negotiating it and obviously we came to the agreement on his behalf.

“(Nemeth and his advisors) had asked if an offer had come where he was able to make more money. From our perspective it’s no different than what we’ve said with other players in the past that we’ve transferred on, and that is as long as we can make the deal terms work for Sporting KC then we would make it happen.”

Vermes’ statement contradicts that of Nemeth, who wrote that the move to Qatar was not about money on his official Facebook page on Monday. The technical forward, who scored 10 goals and had six assists in his debut MLS season in 2015, also stated he would have stayed in Kansas City for “one-third” of his new salary.

Vermes disagreed with the sentiment that Nemeth’s departure was not about money, but nonetheless is moving on and thinking about what lies ahead.

“We’re still looking to improve our roster and we’ll continue to do that as the season moves on,” said Vermes. “Obviously (the MLS transfer) window is open until May 11, so we’ll continue to try and make some additions that we feel that will fill our team and also fit in from a salary perspective regarding our cap and all the different mechanisms.”

As far as Palmer-Brown, Sporting KC loaned the 18-year-old centerback to FC Porto in an effort to both establish a “great relationship” with the Portuguese powerhouse and expose him to a different way of doing things. The MLS outfit had been discussing sending Palmer-Brown to a foreign team in recent weeks, and finalized terms to do so on Monday.

“The only club that he has known, the only place he has been a part of is Sporting Kansas City,” said Vermes. “I think this is an opportunity for him to go outside Kansas City, spend some time at a (European) club – one of his desires in the future is to go overseas. This wound up being a place that we have a lot of respect for in that the way their model of play is – ours is very similar – and we thought that this would be a good place for him to gain some real experience in that he was in a different country, a different language.

“He’s got a lot of opportunity here to grow as a young man, and we hope that that’s going to be a big part of the experience that he’s going to get while he’s there.”

Sporting KC could have kept Palmer-Brown nearby at USL affiliate Swope Park Rangers and had more of a say in terms of how much playing time he would receive, but the decision was made to let him go abroad for the entire 2016 MLS campaign so as to give him a real chance to learn a lot and break through there.

“We both agreed it would be good for the player to go for the full year,” said Vermes. “They felt with what they do and how long they want to see him and have him try to grow with them a year was better than six months. Gives him the time he needs to get acclimated. It’s the same thing as when foreign players come here. It’s always easier when they come for preseason rather than during the middle of the year in the transfer window.”