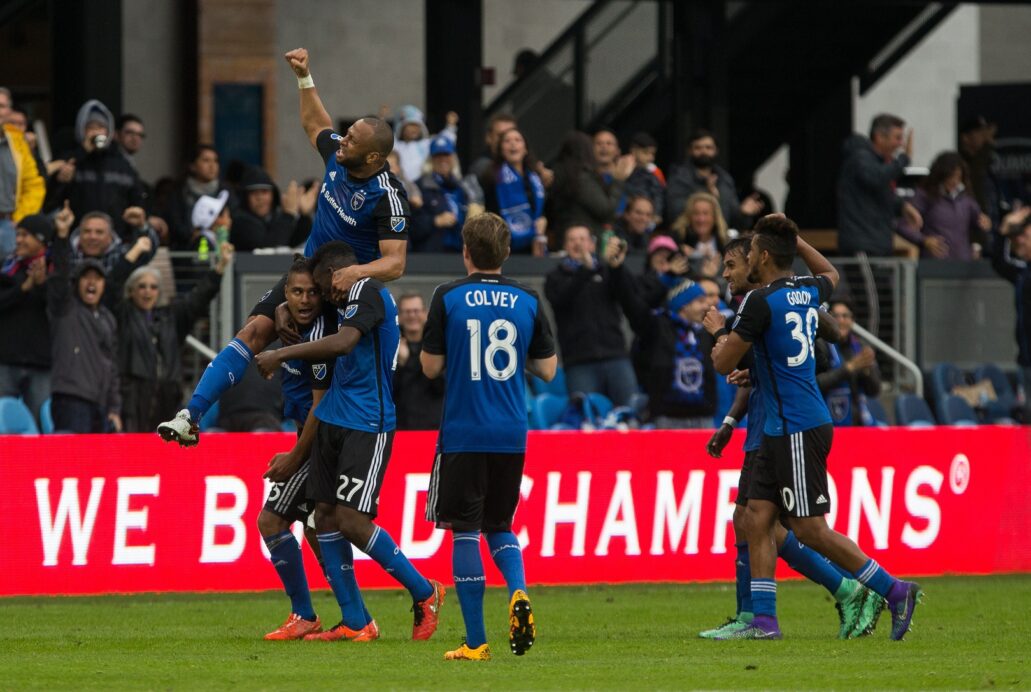 Quincy Amarikwa provided a Goal of the Year contender but, more importantly, he provided what proved to be the game-winning finish in a defeat of the reigning MLS Cup champions.

The San Jose Earthquakes forward joined Chris Wondolowski on the scoresheet in a 2-1 defeat of the Portland Timbers on Sunday at Avaya Stadium. The victory is the Earthquakes’ second in as many games following a win over the Colorado Rapids to start the MLS Season.

While Wondolowski’s opener got the scoring started, it was Amarikwa’s finish that stole the show. After fighting off several challenges in the midfield, Amarikwa chipped a shot on goal from 40-plus yards. The ball dipped straight over the head of goalkeeper Adam Kwarasey while finding the top corner to give the Quakes a 2-0 lead as the teams entered the locker room for halftime.

Wondolowski’s finish in the 15  minutes prior was his second in as many games. Played in by Anibal Godoy, the veteran forward darted towards the near post before finishing first time for the game’s opener.

The Timbers, who were without Liam Ridgewell due to a hamstring injury, had their chances throughout, but were undone by the crossbar. Both Lucas Melano and Diego Chara saw shots hit the woodwork, as the Timbers outshot the opposition 16-8.

A late goal from Jack McInerney in the 89th minute gave the Timbers life, but the reigning champions settled for defeat for the first time since October 3 following a nine-game unbeaten run.

The Earthquakes return to action on Saturday with a visit to StubHub Center to take on the LA Galaxy, while the Timbers look to return to their winning ways that same day against Real Salt Lake.

Facing one of the league’s elite attacking units, Clarence Goodson anchored the Earthquakes’ backline while making four interceptions, four clearances and four tackles to keep the Timbers at bay for nearly a full 90 minutes.

With an early contender for Goal of the Season, Quincy Amarikwa unleashed a spectacular finish that ended up sealing his team’s victory. The forward’s goal will be watched endlessly in the coming days and weeks, and will certainly be one to remember upon season’s end.

It was an off day for Diego Valeri, who turned the ball over 14 times in Sunday’s loss. The Argentine was one of several Timbers’ who proved sloppy on the ball, and the reigning champions will expect better of Valeri going forward.

What did you think of the match? See the Earthquakes being a legitimate playoff contender? Any concerns with the Timbers’ performance?