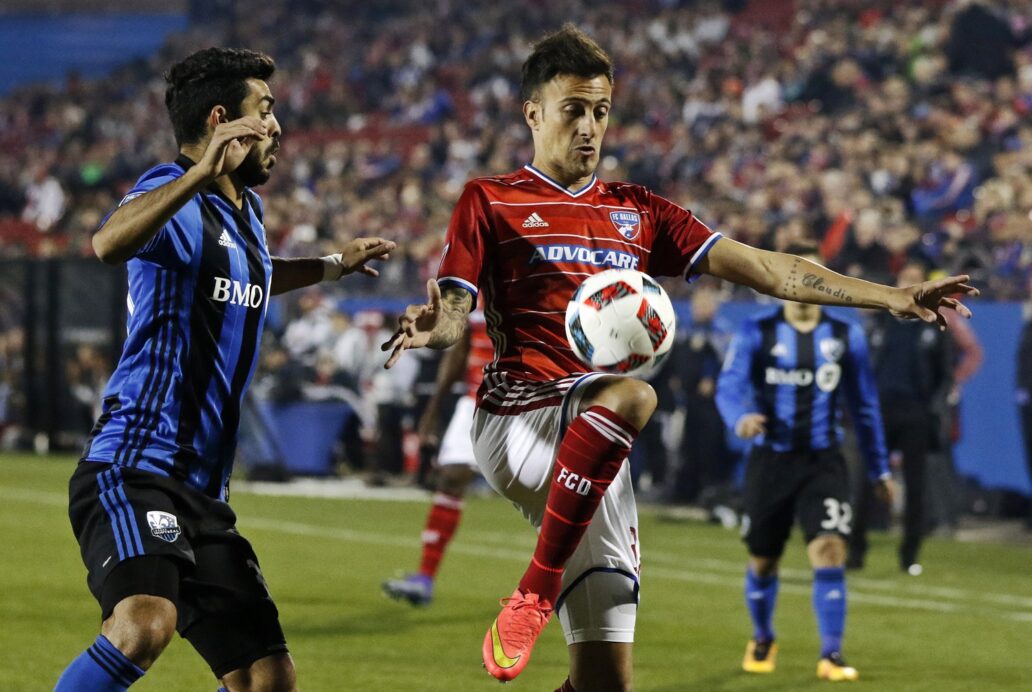 Didier Drogba made his highly-anticipated return to action, but it was FC Dallas that stole the spotlight on Saturday night.

Mauro Diaz and Maxi Urruti provided late goals at Toyota Stadium, leading FC Dallas to a 2-0 victory over the red-hot Montreal Impact. The loss is the Impact’s first of the season after knocking off the Vancouver Whitecaps and New York Red Bulls in their first two games of the MLS season.

Diaz’s goal came in the 79th minute via a free kick following a foul from Victor Cabrera. Stationed straight ahead of goal, the FC Dallas playmaker curled a shot up and over the wall, beating Evan Bush to earn FC Dallas all three points on their home field.

Urruti’s finish eight minutes later served as the perfect insurance. Following a goal kick from Jesse Gonzalez, Tesho Akindele’s flick fell right to the feet of Urruti. The FC Dallas forward rocketed a shot into the far side of the goal for FC Dallas’ second of the night.

The Impact’s high point came with the introduction of Drogba, who made his first appearance of the season with a 70th minute substitution.

The game’s first opportunity came in just the sixth minute, as Laurent Ciman bailed the visitors out with an early goal line clearance. Played in on a through ball from Fabian Castillo, Urruti rounded Bush into space on the left side. The former Portland Timbers forward fired an effort towards the front post, but Ciman’s header away prevented the Impact from falling behind early.

It would prove no matter, as FC Dallas earned all three points ahead of a March 26 clash with D.C. United. The Impact will look to bounce back on April 2 with a visit to the Seattle Sounders.

Here are highlights from Saturday’s match:

Although his goal was little more than insurance, Maxi Urruti proved to be FC Dallas’ most lethal attacker throughout the 90 minutes. The forward made his presence known all over the field, playing several passes and creating numerous chances in a game where FC Dallas was the better attacking team throughout.

Following a foul from Victor Cabrera, Mauro Diaz stepped up with a magnificent curler to best Evan Bush and earn his side three hard-fought points.

The midfield combination of Callum Mallace and Eric Alexander were largely ineffective in the center of the field as the duo offered little defensively to keep FC Dallas at bay.