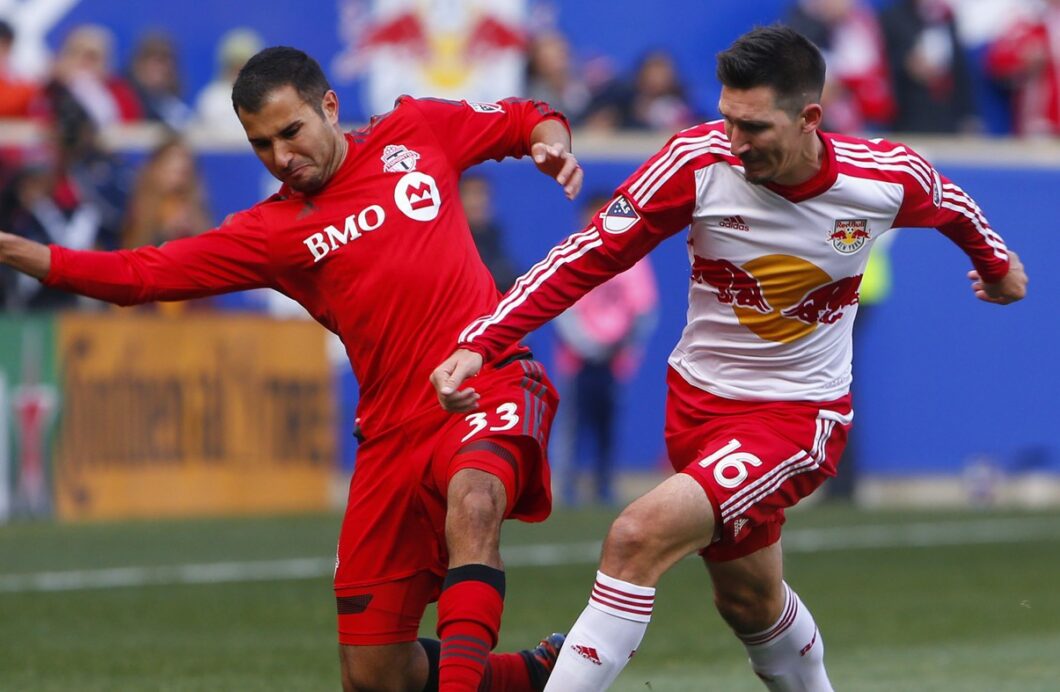 HARRISON, NJ — The New York Red Bulls did just about everything right in the team’s season opener against Toronto FC, however, it was the road side that came away with a 2-0 victory on Sunday afternoon at Red Bull Arena.

Sebastian Giovinco’s penalty kick with under 10 minutes remaining opened the scoring for Toronto, after rookie Tsubasa Endoh drew the spot kick. The Italian then provided an assist in stoppage time, when second half substitute Marco Delgado doubled Toronto’s lead.

With quality opportunities few and far between in the opening half, both sides came out eager to put their stamp on the game in the second 45 minutes. The Red Bulls looked confident with more possession, looking to break down Toronto’s new-look defense with a killer pass, while the road side appeared content with a draw and targeted Giovinco with various long balls attempts.

Despite a number of services into the Toronto area, the Red Bulls struggled to find their finishing touch. The team’s lone effort on goal in the first half came off of a Dax McCarty header in the opening minute.

Toronto’s first chance of the game came in the 35th minute, when Giovinco dazzled fans with his dribbling in the center of the field, before launching a shot from almost midfield that goalkeeper Luis Robles comfortably handled.

In the 65th minute, Sal Zizzo played a perfectly-weighted ball into the path of Bradley Wright-Phillips. The Red Bulls striker couldn’t get a shot off before Mike Grella stepped in and hit the ball into the side-netting.

Head coach Jesse Marsch made a number of substitutions to rescue a point for the Red Bulls, including Shaun Wright-Phillips and Anatole Abang, but the additions to the match weren’t enough to make a difference.

The Red Bulls will head north of the border in six days to take on the Montreal Impact, while Toronto FC prepared to take New York City FC next time out.

Here are the highlights of TFC’s win: