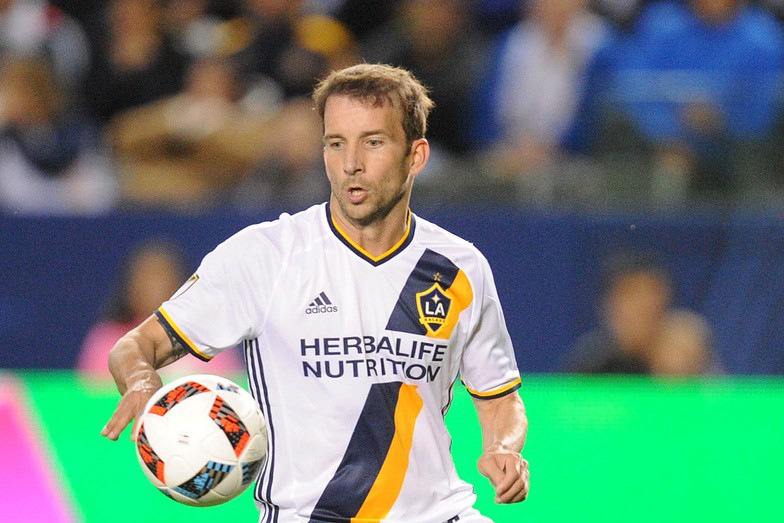 On a team full of star names and talents, a tried-and-true MLS veteran was the one who impressed all on opening day.

After coming off the bench at halftime, Mike Magee stole the show by scoring twice and assisting once to lead the LA Galaxy to a 4-1 comeback victory at home against D.C. United. His contributions in just 45 minutes played earned him honors as SBI MLS Player of the Week.

The 2013 MLS MVP replaced Giovani dos Santos at the break, and wasted no time in helping the Galaxy score in front of more than 25,000 at the StubHub Arena. He curled in a perfectly-placed corner kick for Daniel Steres to coolly head home nine minutes into his 2016 campaign.

The 31-year-old forward then scored arguably the best goal of the game, chipping goalkeeper Andrew Dykstra from inside the box. Magee was not done there, though, as he drew a foul in the penalty area, and teammate Robbie Keane subsequently scored from the spot. The substitute capped off an impressive night by flicking in a header of his own to push the score to 4-1.

What did you think of Magee’s performance? Which player stood out the most to you?