10-man Whitecaps hold on for tie against Sporting KC 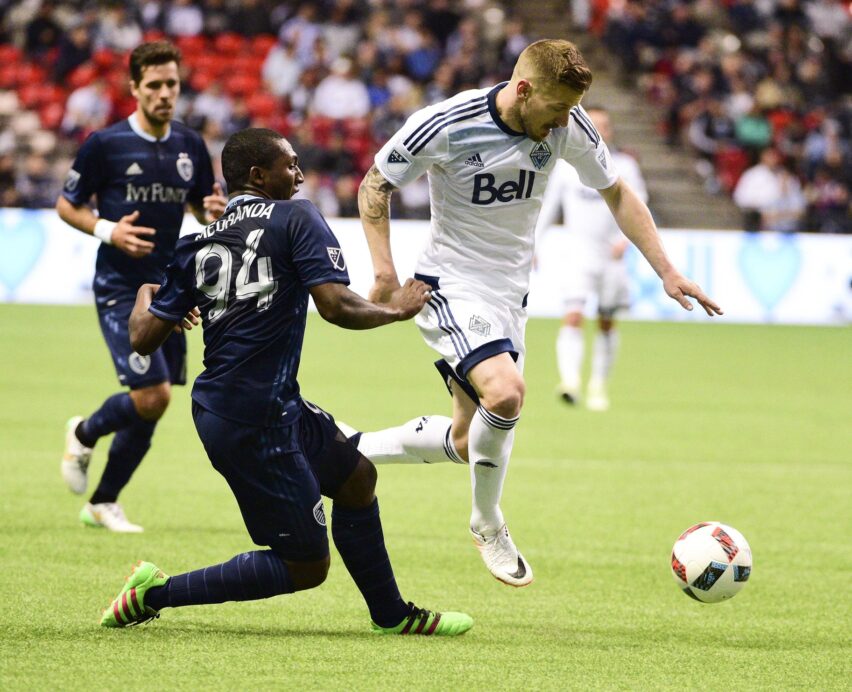 Down a man for a majority of the second half, the Vancouver Whitecaps had their backs against the wall, but did just enough to earn a point from Wednesday’s action.

The Whitecaps had to hold on following the 51st minute dismissal of Kendall Waston, earning a 1-1 draw with Sporting Kansas City on Wednesday at BC Place. The draw snaps a three-game losing streak for Sporting KC, while the Whitecaps unbeaten run extends to two following this past weekend’s win over FC Dallas.

Whitecaps midfielder Christian Bolanos opened the scoring in highlight-reel fashion with a magnificent volley on a corner kick. On the end of a set piece from Cristian Techera, Bolanos lifted his left foot high before volleying home a rifled shot to give his side a 14th minute lead.

Just 13 minutes later, that lead evaporated on a goal from Diego Rubio. With the first goal of his MLS tenure, Rubio pounced on an errant shot from Lawrence Olum to slip a shot of his own past a befuddled David Ousted for the equalizing goal.

The team’s stayed deadlocked throughout, but Waston’s second half dismissal threatened to open the game up. The Costa Rican defender was sent off for a pair of yellow cards, the second of which came on a late tackle on a streaking Rubio.

Following the dismissal of his centerback partner, Tim Parker was huge in keeping the Sporting KC attack at bay. Alongside Matias Laba, the young centerback was crucial in studying a makeshift Whitecaps defense throughout the second half.

After seeing his side go down a goal early, Diego Rubio pounced to give his side an equalizer that would prove to be Sporting KC’s lone finish of the match.

Kendall Waston is widely recognized as one of the league’s best defenders, making Wednesday’s effort a forgettable one. The Costa Rican rarely makes mistakes like he did in Wednesday’s match, and will certainly have better performances going forward.