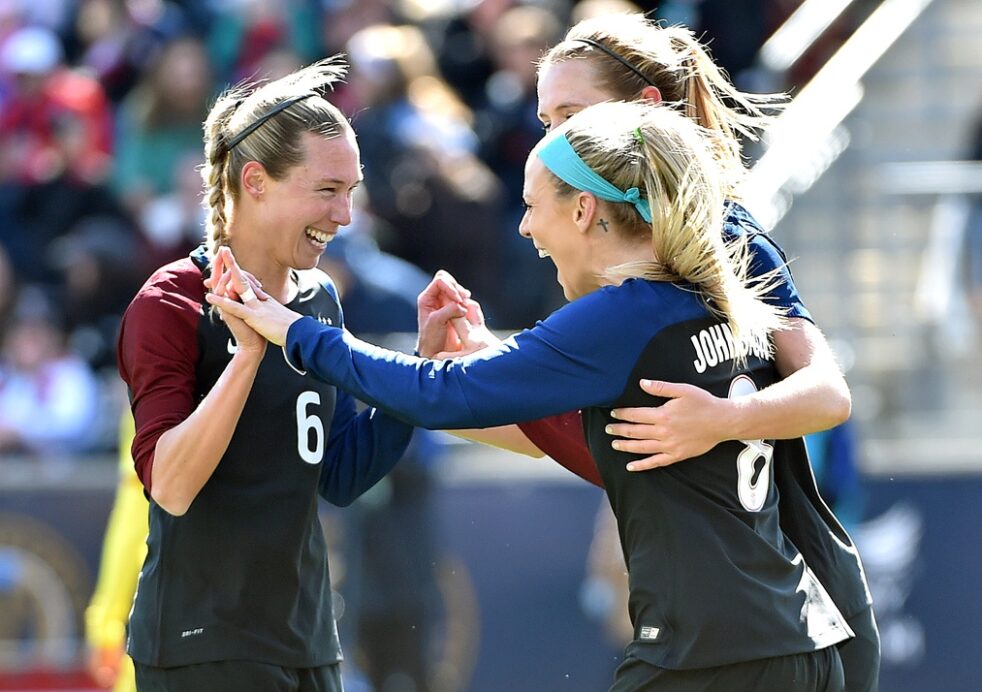 It may not have been as lopsided as the two sides’ prior meeting, but the U.S. Women’s National Team dispatched Colombia with ease in Sunday’s friendly.

Defender Julie Johnston led the way with a brace as the USWNT topped Colombia, 3-0. The victory was the Americans’ second win over Colombia in five days following Wednesday’s 7-0 thrashing.

Before Johnston could etch her name on the scoresheet, Christen Press put the USWNT on the board in the 26th minute. Played in by Lindsey Horan, Press lifted a shot up and over goalkeeper Catalina Perez for her 33rd career international goal.

Just three minutes before halftime, Johnston doubled the USWNT’s lead on a set piece. Following a foul several yards outside the box, Tobin Heath’s service into the area was thumped home by Johnston for her first of the game. The USWNT centerback added her second in the 79th minute, providing an insurance goal on yet another Heath assist.

With the win, the USWNT moves to 11-0-0 on the year with 42 goals scored and just one allowed.

The USWNT will convene next for a friendly match with Japan, which is scheduled for June 2 at Dick’s Sporting Goods Park in Commerce City, Colorado.