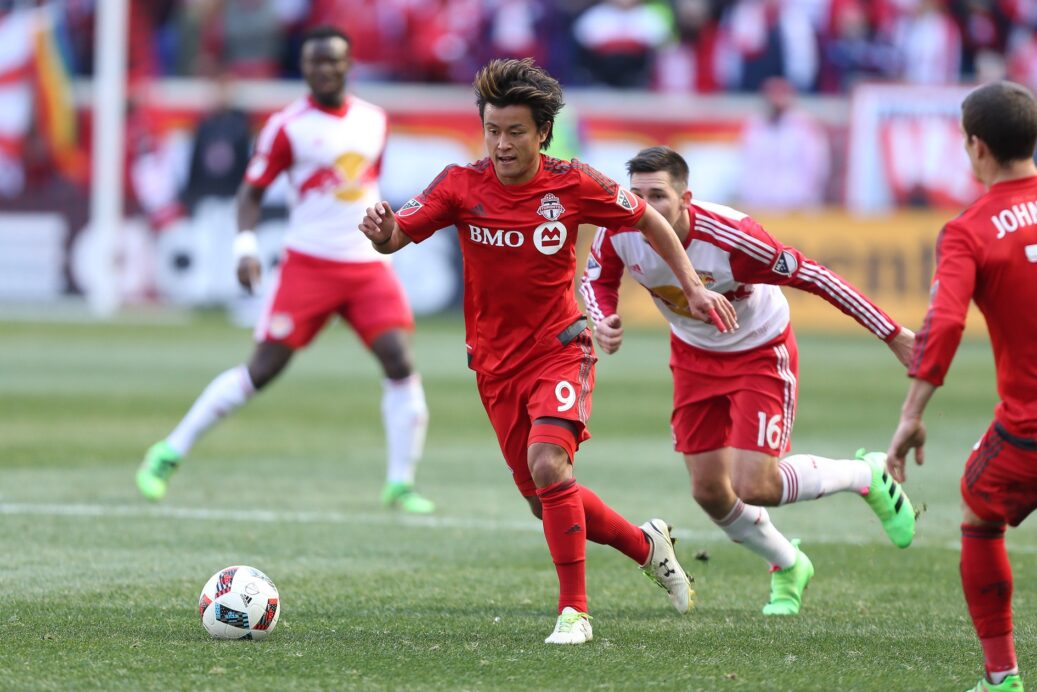 Although Toronto FC’s attack features defending goal-scoring champion Sebastian Giovinco, the team’s first-round selection has stood out from the rest of the 2016 MLS rookie class.

Forward Tsubasa Endoh has been thrust into the TFC offense after an early season injury to Jozy Altidore forced the U.S. Men’s National Team talent out of the lineup. Endoh’s pace and technical ability have been evident through just three matches in his rookie campaign, earning him SBI MLS Rookie of the Month honors for March.

While the Japanese attacker has yet to hit the scoresheet, Endoh recorded three shots (two on goal) in the month of March. The 22-year-old’s movement has allowed Giovinco to pick up where he left off last season, giving the Italian the opportunity to net two goals and as many assists. Toronto FC currently sits fifth in the Eastern Conference, just two points off the pace set by the Montreal Impact and Philadelphia Union.

What do you think of Endoh’s opening month in MLS? Who was your selection for Rookie of the Month in March?