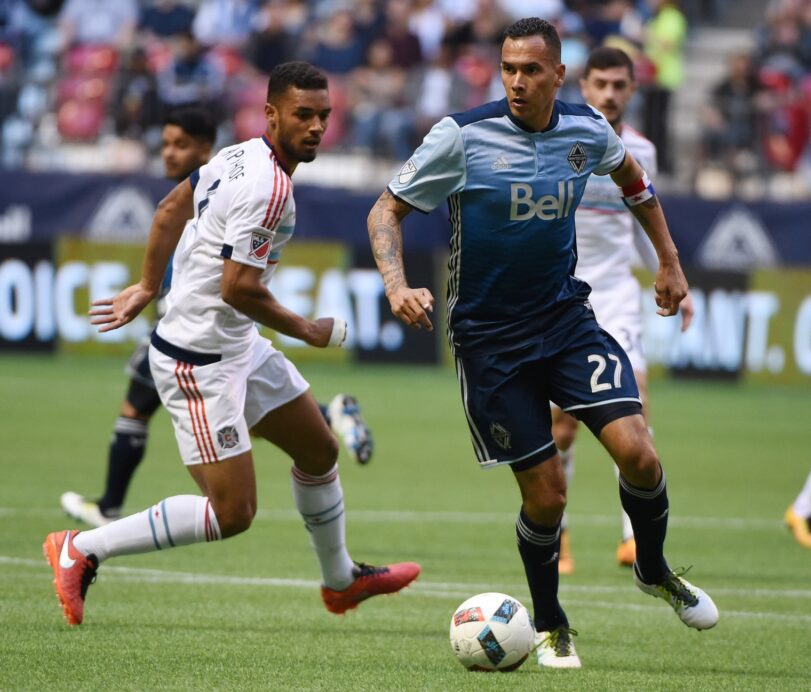 Blas Perez has been torturing MLS defenses for years, and the veteran forward provided yet another reminder of his goalscoring abilities in a win on Wednesday night.

Perez netted a 89th minute game-winner to go with a first half opener, leading the Whitecaps to a late 2-1 win over the Chicago Fire at BC Place. The victory is the Whitecaps second straight after knocking off NYCFC last time out.

It’s hard to imagine a more fitting winner than Perez’s 89th minute effort. With his side inching toward a disappointing draw, Perez unleashed a bicycle kick past goalkeeper Matt Lampson to earn his side a deserved three points.

Perez kickstarted the scoring with a tap-in in the 36th minute. Sprung out wide by a Matias Laba long ball, Christian Bolanos darted toward the end line before centering a pass. The cross fell straight to the feet of Perez, who dashed past his defender to tap into the open net and give the Whitecaps the lead.

Kennedy Igboananike leveled the scoreline 16 minutes into the second half following some fancy footwork. After receiving the ball at the top of the box, the Fire attacker fooled his defender with several step-overs before rolling a shot past David Ousted and into the near post.

However, Perez’s late game golazo earned the Whitecaps a win heading into a meeting with Toronto FC on Saturday. It was not all positive, though, as forward Masato Kudo departed the game early after a nasty collision in the first half.

The Fire also return to action on Saturday with a visit to the New England Revolution.

In a game in which he scored a brace that included a game-winner, Blas Perez is the obvious Man of the Match. The veteran forward showed his craftiness on his first before demonstrating a flair for the spectacular with his bicycle kick golazo to win the game.

Perez’s acrobatic bicycle kick finish is one that will be replayed throughout the year as it earns recognition as a goal of the year candidate. It served as a fitting winner for a team that appears to be on the right track.

It’s hard to fault anyone on Perez’s winner, but Johan Kappelhof should have done better on the game-opening goal. The Fire centerback simply lost Perez in the box, and could have easily prevented the ensuing tap-in that put his team in a hole.