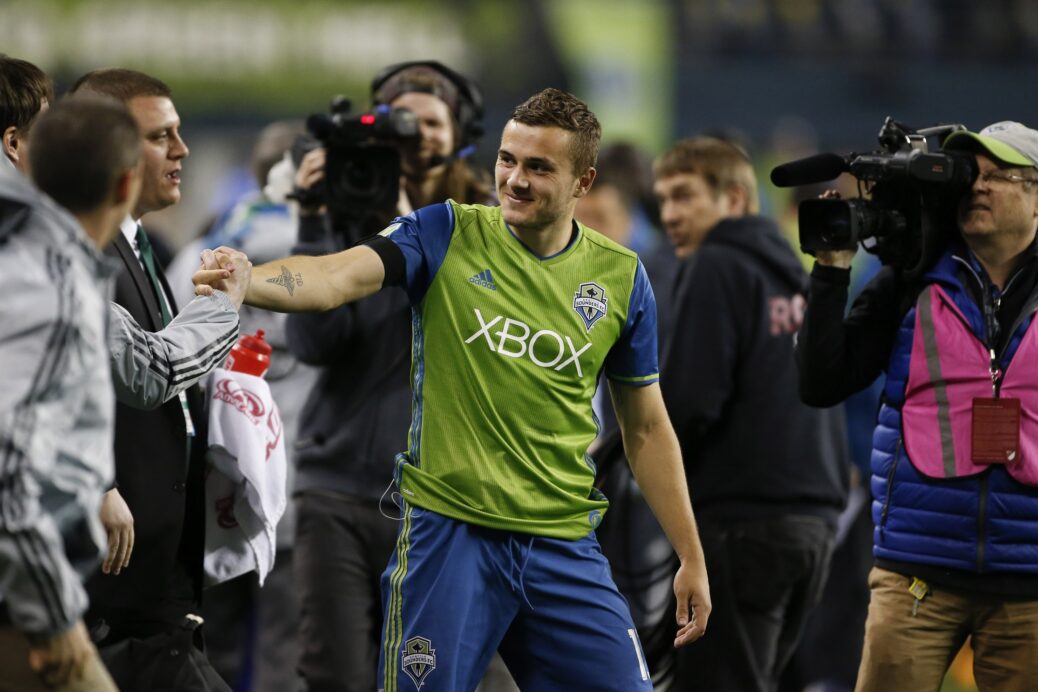 Jordan Morris has been tabbed as one of the best American forwards despite being only a professional rookie, and he proved to be worthy of that label in April.

Morris struggled to find his footing in the league for the first few weeks, but he has blossomed this past month for the Seattle Sounders. The Stanford product has scored goals in three straight games to help the Sounders earn some important wins, and his performances have earned him SBI MLS Rookie of the Month honors.

The 21-year-old forward has flashed his acceleration and ability to finish in recent weeks, and he is now the leading goalscorer for the Sounders. Against the Columbus Crew on Saturday, Morris netted the game-winner in a tough contest at home.

Arguably his best performance, though, came in a 3-1 defeat to the Colorado Rapids on April 23. Morris scored his side’s only goal but relentlessly looked for more as the shorthanded Sounders ultimately fell on the road.

What do you think of Morris’ performances in April? What rookies impressed you the most in April?