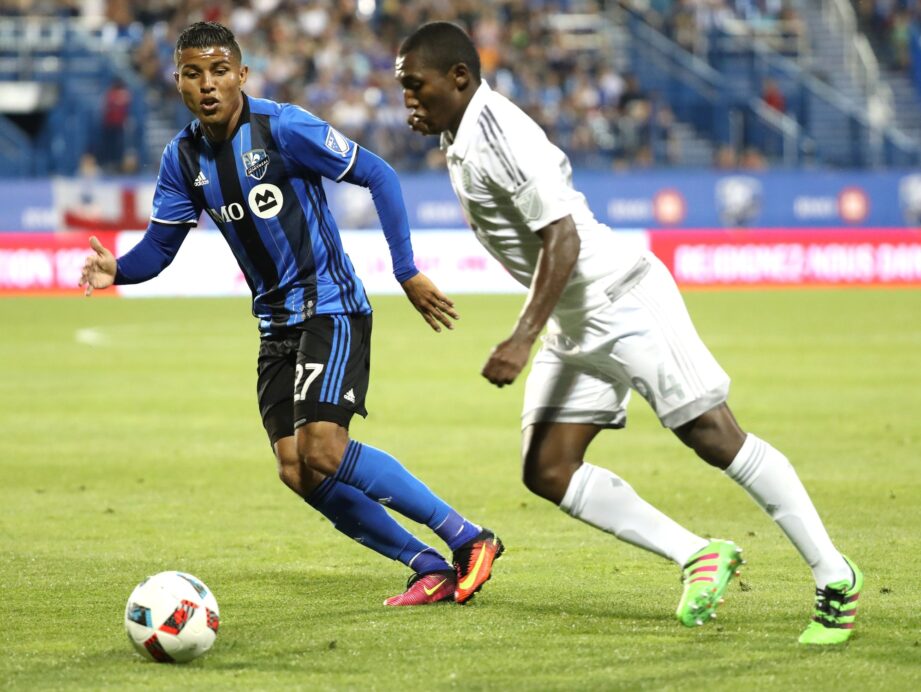 Dwyer scored a pair of goals in Saturday’s 2-2 draw with the Montreal Impact on Saturday, as Sporting KC erased a pair of deficits to seal a come-from-behind point.

The Impact opened the scoring in the 16th minute on a wonderfully worked sequence that saw Didier Drogba, Hassoun Camara and Lucas Ontivero connect as the latter provided the opening finis. However, just five minutes later, Dwyer got his name on the scoresheet with a finish of his own via a header on a Roger Espinoza feed.

Just before halftime, Ignacio Piatti restored the Impact’s advantage with a penalty kick, taking full advantage of a foul from Jimmy Medranda.

Dwyer then struck back again in the 59th minute. After receiving a pass from Benny Feilhaber, the Sporting KC forward took a pair of touches before firing a shot from outside of the box and into the far post, sealing a draw with his eighth career goal against the Impact.

Sporting KC takes the field again on Wednesday in an all-MLS U.S. Open Cup clash with the Houston Dynamo, while the Impact, who are 1-2-6 in their last nine, are off until Saturday’s match against the New England Revolution.

Dom Dwyer is an obvious choice for Man of the Match, as the forward carried his side to a draw with a pair of goals.

For the second time in less than 40 minutes of game time, Dwyer erased a deficit with his second goal of the match to get his side back into the game.

Jimmy Medranda had a rough night both on the ball and off it, as an inconsistent passing display and penalty conceded highlighted a difficult match.