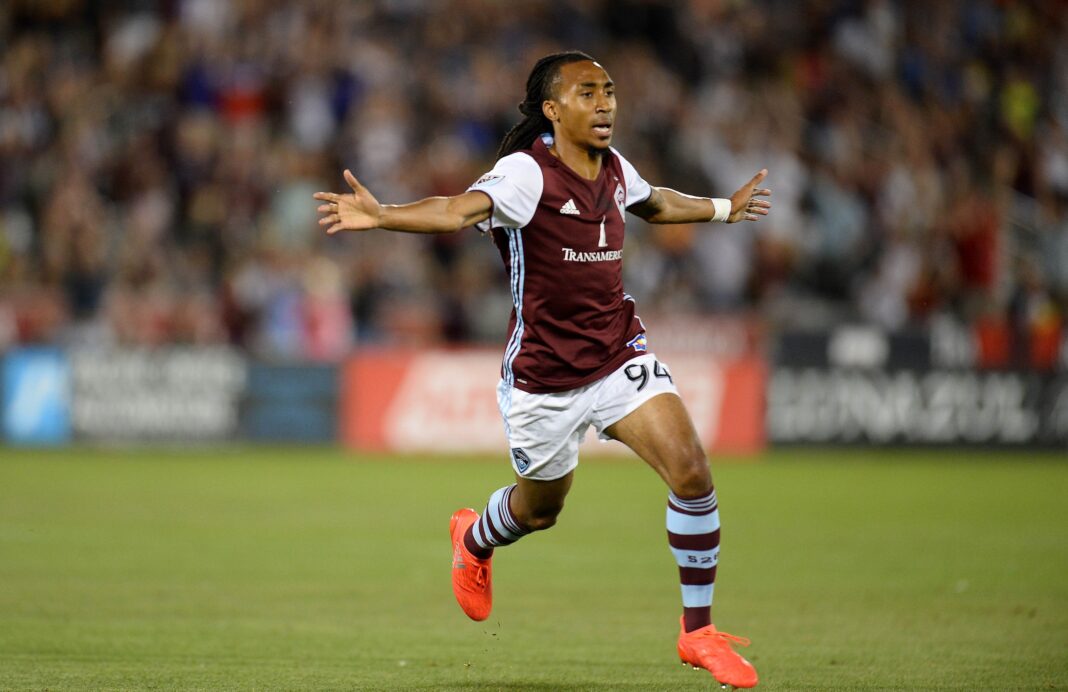 The Western Conference’s elite took care of business over the weekend, but a midweek shocker shook up the SBI MLS Power Rankings.

FC Dallas cruised past the Chicago Fire over the weekend, but a 5-0 loss to the Seattle Sounders midweek knocked FCD off of their perch atop their rankings. The teams that surrounded them continued their ascension, though, as the Colorado Rapids, LA Galaxy and Portland Timbers served as the West’s big winners throughout the week.

In the East, New York City FC continues to look like the class of the conference, while the Philadelphia Union remain hot on their heels. Just behind them, the rest of the conference struggled a bit with lackluster results throughout the week.

OUTLOOK: The Rapids haven’t lost in 14 games, and performances like Saturday’s show exactly why. The Rapids grind out results each and every week, a scary prospect come playoff time. It’s long past time to stop wondering if the Rapids are for real. Now, it’s time to wonder just how far they can go when the playoffs do begin.

OUTLOOK: A shorthanded side took a thumping on Wednesday, but FC Dallas bounced back in a major way with a resounding win on Saturday. Mauro Diaz and Fabian Castillo looked virtually unstoppable, easing a bit of panic after yet another lopsided defeat. It’s an odd trend for FC Dallas, who tends to lose big when they are not on their game.

THIS WEEK: at Portland Timbers on Saturday

OUTLOOK: Steven Gerrard stepped up to do the damage this week, firing the lone goal in a win over the Houston Dynamo. The Galaxy haven’t quite peaked in terms of performance, but have now won three straight games by a scoreline of 5-0. It appears the team is hitting their annual summer stride, even if it hasn’t always been pretty.

OUTLOOK: Quite a performance from NYCFC, who bounced back from a loss in a perfect way. Led by Frank Lampard, David Villa and rookie Jack Harrison, NYCFC has won five of their last six, surging into the East’s top spot. A derby match awaits, one that will serve as yet another test of just how far this NYCFC team has come this season.
————————-

OUTLOOK: After sealing a point against the Impact, the reigning champions truly shined on Saturday against the Sounders. Diego Valeri was an absolute star, and the Timbers are now unbeaten in nine straight matches heading into a heavyweight clash with the Galaxy this weekend.

OUTLOOK: The Union scored two goals merely moments apart to erase a two-goal deficit against one of their local rivals. It was a gutsy performance from a team that looked destined for defeat, and it could be one that proves vital in the tight Eastern Conference race. Just three points behind NYCFC with a game in hand, the Union are very much in the thick of things in conference play.

OUTLOOK: A poor week from RSL, a team that is suddenly winless in five straight matches. RSL hasn’t lost at home yet this season, but three straight draws at Rio Tinto Stadium leave the club in danger of falling back towards the pack in the West.

THIS WEEK: vs. New York City FC on Sunday

OUTLOOK: One of the New York Red Bulls’ most thorough performances of the season was immediately followed up by one of their most frustrating. The defender Supporters’ Shield winners collapsed in a matter of minutes, leaving the team with just one point from Sunday’s match. The Red Bulls’ form has been indifferent since a June 22 loss to Real Salt Lake, as the Eastern Conference powerhouse has gone just 1-2-3 over that stretch.
————————-

OUTLOOK– Sporting KC squandered their chance at points on Wednesday, falling to the lowly Fire in a game that should have at least yielded a draw. The loss to the Rapids was then expected, as Sporting KC dug themselves a bit of a hole this week. A tough bounceback game awaits, as CenturyLink Field remains a difficult venue, even with the Sounders’ struggles.
———————–

OUTLOOK: Another frustrating week for the Union, who managed only one point from a pair of games. Even if it was against a pair of contenders, the Impact would have liked to have performed a bit better. The absence of Ignacio Piatti loomed large and Didier Drogba looked a bit out of sorts, but the duo, and the Impact, will be fine in the long run.

THIS WEEK: at Real Salt Lake on Wednesday; vs. Orlando City on Saturday

OUTLOOK: After an inspired performance against RSL, the Whitecaps’ defense let them down once again on Saturday in a 2-2 draw with a chaotic Orlando City team. It’s been an up-and-down two months for the Whitecaps, who remain in contention in the West despite their struggles.

OUTLOOK: TFC is struggling without several of their stars, earning just one point from a pair of winnable games. Saturday’s loss will hurt most of all, as TFC failed to take advantage of a nine-man Earthquakes side to earn any sort of return.

THIS WEEK: at Real Salt Lake on Friday

OUTLOOK: Gutsy. Down to nine men, the Earthquakes somehow found a way to grind out a win by scoring a short-handed game-winner. It was the Earthquakes’ first win since May 11, and it may be one of the most unlikely in team history, even for a team with a reputation for stealing results despite improbable odds.
————————-

OUTLOOK: The league’s draw kings stepped up to the plate to earn yet another tie, but the Revs will feel like it should have been a three-point affair. Kei Kamara was ruled for a controversial foul that overruled a goal, preventing the Revs from winning two straight games for only the second time this season.
————————

OUTLOOK: D.C. United got a bit fortunate on Saturday. An incorrectly-judged red card forced the Crew to 10 men, and D.C. United took full advantage of the mistake to earn a point. Can’t fault them for doing just that, but better performances will be needed going forward if D.C. hopes to make some noise in the East.

OUTLOOK: The Sounders put forth their most impressive performance of the season on Wednesday, dismantling a shorthanded FC Dallas team with what could have been a turnaround result. However, without Clint Dempsey, the Sounders slumped in a loss to the Timbers, as concerns remain at CenturyLink Field.
————————-

OUTLOOK: Orlando City is reeling, and the firing of Adrian Heath has done little to right the ship in the short term. The Lions were hapless in Wednesday defeat, although Saturday’s effort did show a bit of progress from a team in danger of falling well out of the playoff picture.
————————-

OUTLOOK: A pair of draws were far from the results the Crew needed, but Saturday’s draw in particular will be one that stings for quite awhile. An unjust red card to Harrison Afful  reduced the Crew to 10 men, and the defense collapsed to allow a goal a few minutes later. The Crew haven’t won since May 28, although Saturday’s match against a struggling Orlando City presents the ideal time to begin a turnaround.
————————-

OUTLOOK– The Fire have alternated wins and losses over their last four games in what is, in some ways, a sign of progress. Still, the Fire in the basement in the East, and Saturday’s loss to FC Dallas served as yet another reminder of how the Fire are away from contention, especially given their road woes.

OUTLOOK: The Dynamo attack remains woeful, and it showed again on Friday. Shutout in three of their last five, the Dynamo continue to struggle on the attacking side of things, and their single win since late May is very indicative of just how poor the Dynamo are at separating themselves.