Union looking to bounce back from disappointing week 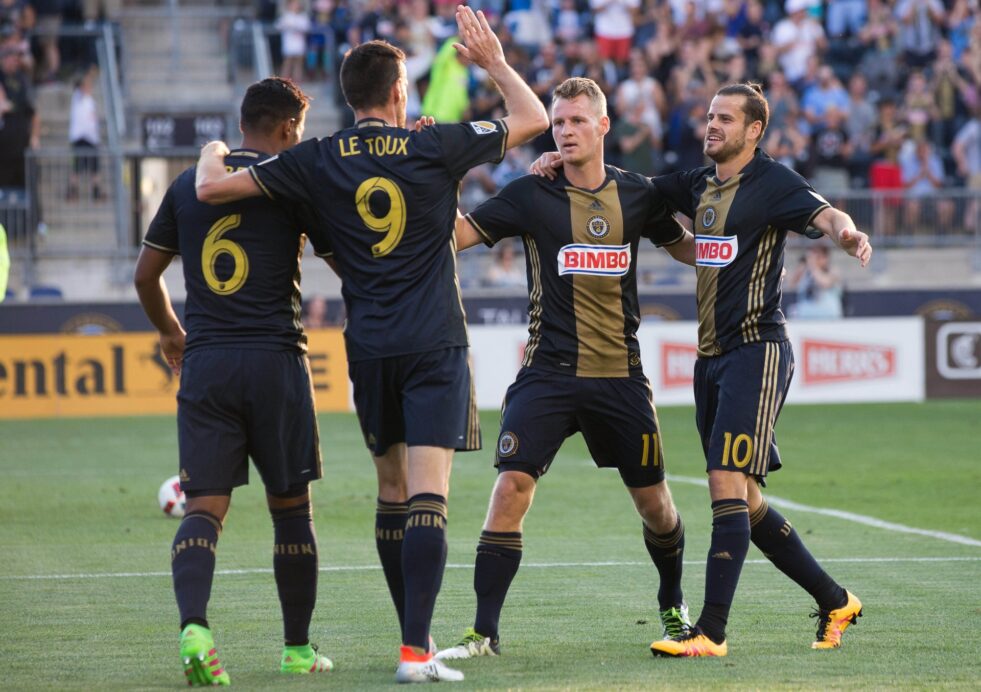 The Philadelphia Union experienced their worst week of the 2016 season by suffering losses to the New England Revolution in the U.S. Open Cup and to the Montreal Impact in MLS play. With eight days to prepare for Sunday’s clash with Real Salt Lake at Talen Energy Stadium, the Union are eager to bounce back and earn three critical points in the Eastern Conference playoff race.

“I know my guys will bounce back against Salt Lake in this building,” Curtin said. “They’re itching to get back on the field.”

“Now that we’re out (of the Open Cup), it’s all for the playoffs now,” Curtin said. “It’s the only thing on everybody’s mind. Sometimes that can be a good thing. Everybody realized the urgency. We’ll need to continue to more of the same like we did in the first half of the year.”

RSL also enter Sunday on a rough patch of form as they haven’t won a league game since June 22 against the New York Red Bulls. In that time, the Claret and Cobalt have scored just three goals. Despite their cold spell in front of the net, Curtin is aware of the threat the RSL attack could pose.

“They’ll come in here with a bit of a chip on their shoulder and something to prove,” Curtin said. “We know we have a tough task. The scary thing is they could break out and that’s the thing we have to prevent.”

The big news surrounding the club on Wednesday was the signing of the first homegrown player to come from the Union academy. Midfielder Derrick Jones, 19, may not make an impact right away, but he’s on the right track to the first team.

“As a club, it’s a proud moment because everyone’s played a role,” Curtin said. “I want to be known as a coach who plays young players and gives them to opportunity to show what they can do.”

“For me, he’s a No. 8,” Curtin said. “A guy who can go box to box and get you a goal, can play a final pass on the through ball. He has the ability to break up a lot of plays defensively. We ask our No. 6 and No.8 to think more defense first. Derrick’s more of a physical battler who breaks up plays.”

Curtin told reporters they are still searching for someone to play in the No. 8, but the right situation has not presented itself in the transfer market.

“We’re still actively looking,” Curtin said. “We’re not going to make a move for the sake of making a move. Our moves will be done for the benefit of this club, not just to solve and immediate problem and react.”

One potential replacement for the departed Vincent Nogueira could be Maurice Edu, who is progressing each week in training. Edu isn’t fully fit yet, but he’s making progress on the training field.

“(Mo) trained full today again,” Curtin said. “He had to play both sides of the ball. In terms of the soccer, he looked very good. It’s a good step again. It’s getting better and better each day.”