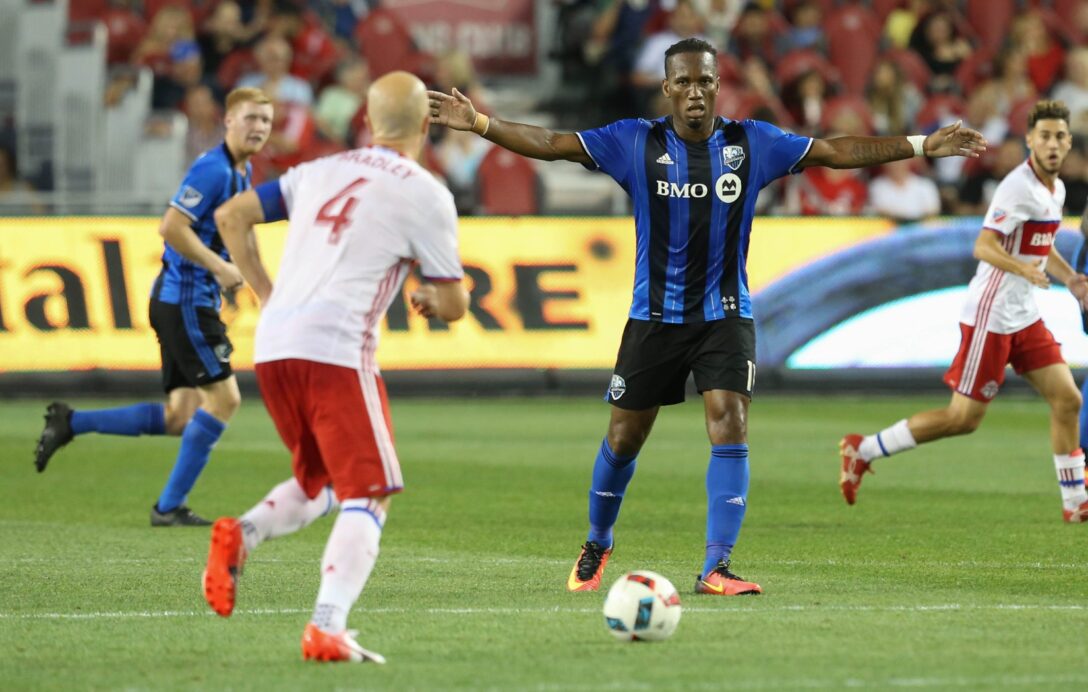 A single Ignacio Piatti goal was all that was required in Saturday’s 1-0 Impact win over Toronto FC. The win seals the Impact’s 37th point through 26 games, moving the Canadian side level with the New York Red Bulls. Meanwhile, TFC remains atop the East despite the loss, but would fall to second if New York City FC earns a win over Orlando City on Sunday. The loss was TFC’s first in seven matches, a streak that also included six wins.

Piatti’s decisive finish came in the 73rd minute as the Impact took the direct route to three points. Following a goal kick from Evan Bush, Dominic Oduro fed the Argentinian playmaker. Piatti took a touch onto his left foot before firing across goal for his 14th goal of the campaign.

The win did not come easy for the Impact, though, who battled back from a first half red card to Callum Mallace. The midfielder was sent off as tempers flared just moments before halftime following a foul on Oduro. Mallace knocked over Steven Beitashour in the ensuing fracas, earning a straight red card.

It mattered little to the Impact, who leave Toronto with three points for the first time ahead of a lengthy break. The Impact return to action September 7 against Orlando City, while Toronto FC looks to bounce back on September 10 with a match against the Chicago Fire.

Ignacio Piatti proved to a matchwinner once again, firing the game’s lone goal to lead the way in a vital win.

Piatti’s goal was truly something out of nothing, as the 10-man Impact stunned TFC on their home field.

Despite the fact that his side pushed on without him, Callum Mallace’s unexcusable red card threatened Saturday’s result and, in turn, the Impact’s playoff positioning.