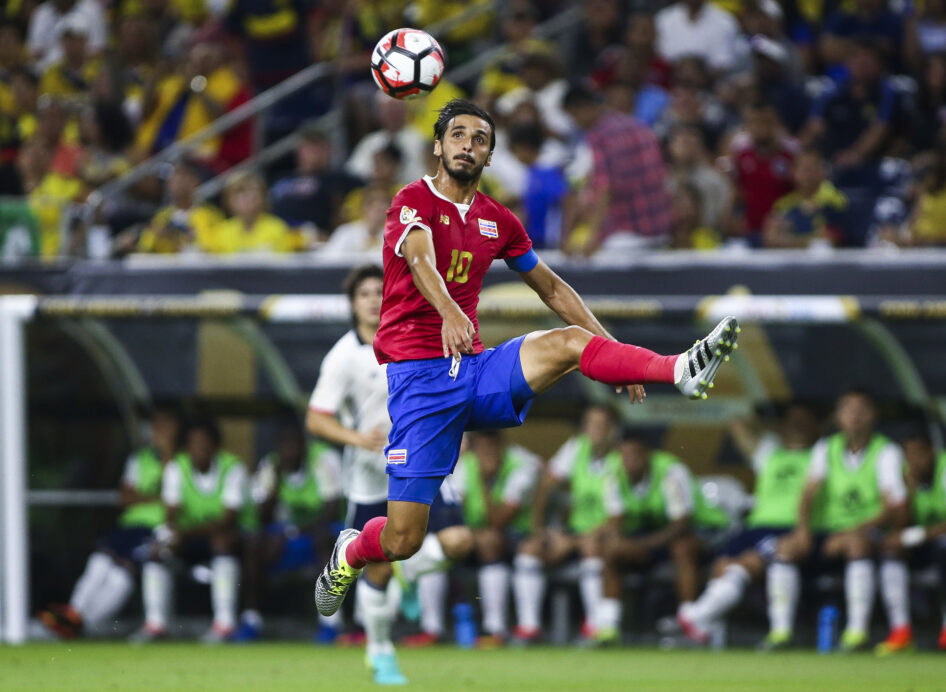 Mexico was the first team to reach CONCACAF’s final round of World Cup Qualifying. Costa Rica is hoping to be the second.

The road to Russia 2018 resumes for the remaining North American, Central American, and Caribbean nations on Friday when Matchday 5 takes place, and a few could lock up spots in the Hexagonal with victories in their respective matches. Costa Rica is among that group, and so too are Panama and Trinidad & Tobago.

The U.S. Men’s National Team could also lock up an early place in the next round of qualifying, but needs to defeat lowly St Vincent & the Grenadines while hoping for a Trinidad & Tobago win over Guatemala. Regardless of the fact that it is not all in the Americans’ hands here, the U.S. would, at the very least, take one big step towards advancing should it pick up a victory.

As for fellow CONCACAF heavyweight Mexico, a match with El Salvador awaits. While there is little for the Mexicans to play for in terms of the standings, there is plenty of reason for them to want to deliver a strong outing. This clash with El Salvador marks El Tri’s first match since its Copa America Centenario embarrassment, and only a victory will help remove the bitter flavor that lingers.

Elsewhere, Canada and Honduras are set for a big showdown that could determine which team accompanies Mexico into the next round. Neither team can advance outright with a win here, but three points would alleviate the stress one of them have going into the next week’s slate of games while putting immense pressure on the other.

Here is a closer look at Matchday 5 of the fifth round of CONCACAF World Cup Qualifying:

The old adage is that you must face your fears. Well, Canada has a prime opportunity to do just that as it returns to its house of horrors.

Nearly four years after suffering a humiliating 8-1 loss to Honduras in a do-or-die qualifier at Estadio Olimpico Metropolitano, Canada returns there to play Los Catrachos in another huge match. Right now the Canucks are even on points with the Hondurans in Group A, but picking up a road win would put Canada in the driver’s seat to advance given that they would need just a draw at home vs. El Salvador next week while Honduras would have to beat Mexico at Estadio Azteca and hope for a Canadian loss.

Pride is at stake for one nation. World Cup dreams might be on the line for the other.

El Salvador will welcome Mexico into Estadio Cuscatlan in San Salvador with the hopes of picking up the three points that could close the gap on Honduras and Canada. La Selecta will need a victory to stay alive in qualifying if there is a winner in the other Group A match, but that will not be easy given that it is facing an El Tri side that is champing at the bit to make up for the disgraceful 7-0 elimination loss suffered at the hands of Chile in the quarterfinals of the Copa America Centenario.

Group B and a place in the Hexagonal are Costa Rica’s for the taking, but a game against a desperate foe stands in Los Ticos‘ way.

Costa Rica will visit Stade Sylvio Cator in Port-au-Prince to square off with Haiti, which needs a win to have any shot at avoiding elimination. The onus might be on Les Grenadiers in this one, but Costa Rica will still want to be aggressive at times as a win would punch a ticket into the next round regardless of what happens in the later game between Panama and Jamaica.

Two teams that are separated by three points will collide with the knowledge that there is likely only one more qualification berth to be had in their group. That should make for quite a tense game for the two nations, but also a fun one for neutrals.

Panama and Jamaica are going to do battle in what is sure to be a riveting Group B affair, and the third-placed Reggae Boyz are the side that is faced with a win-or-go-home scenario. Anything less than a Jamaica victory will see Los Canaleros, second in the group with seven points, through to the Hexagonal, and helping their cause and hurting the Jamaicans’ is that the game is going to be played at Estadio Rommel Fernandez in Panama City.

The U.S. Men’s National Team took steps in the right direction at the Copa America Centenario, and should only be able to build on that here.

The U.S. is set to face already-eliminated St Vincent & the Grenadines at Arnos Vale Stadium in Kingstown, and a victory in the Group C match would have the Americans sitting pretty, if not push them through to the Hex. U.S. head coach Jurgen Klinsmann knows that full well and wants to capitalize on the opportunity in front of him, which is why he has called in a veteran-laden roster to get the job done vs. the overwhelmed minnow of this round of qualifying.

If things go according to plan in the other Group C tilt, Guatemala will be playing for their qualifying lives.

Most, if not all, observers are expecting the U.S. to take care of business against St Vincent & the Grenadines, but that result would put Guatemala in a tough predicament. Los Chapines would have to go into Hasely Crawford Stadium in Port of Spain and beat Trinidad & Tobago to keep the pace if the Americans win. That will not be an easy task, however, since the Soca Warriors are likely to be playing for the victory that would guarantee them a place in the Hex.