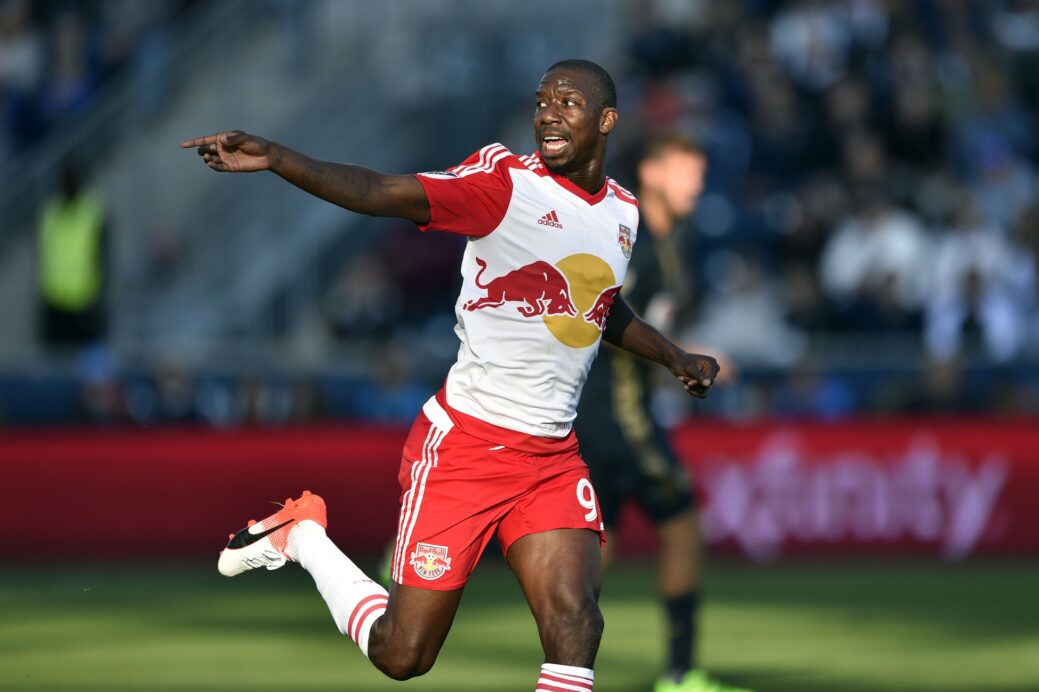 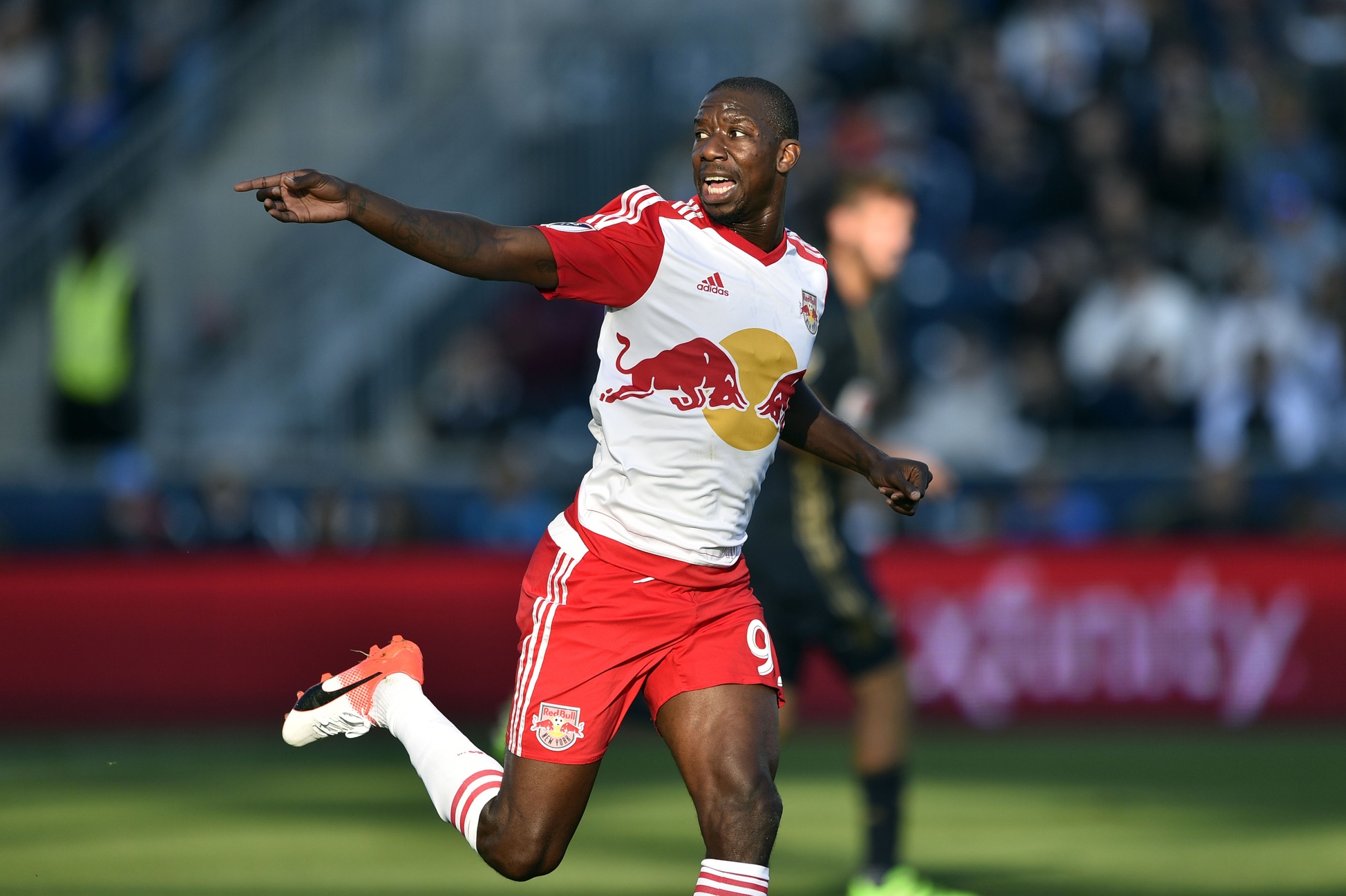 The Eastern Conference playoff participants were pretty much decided before Sunday’s Decision Day showdowns, but that didn’t stop the New York Red Bulls from sending one more statement of intent as the conference’s top team.

The Red Bulls ran their unbeaten streak to 16 matches after beating the Philadelphia Union, 2-0, to secure first place in the East.

D.C. United and the Montreal Impact decided to rest starters rather than put all their efforts into trying to secure a home game in the first round MLS playoffs, and both teams suffered losses as a result. D.C. United will now host the Knockout Round match with the Impact.

New York City FC held on to second place in the East on the strength of a 4-1 victory over the Columbus Crew, holding off Toronto FC, which won its regular season finale.

Here is a rundown of Sunday’s Eastern Conference matches:

Bradley Wright-Phillips locked up the MLS Golden Boot award with an early strike in the New York Red Bulls’ 2-0 win over the Philadelphia Union at Talen Energy Stadium. Alex Muyl added a second strike in the 57th minute against a lifeless Union side that put just three shots on target.

The Union backed into the postseason on goal differential ahead of the New England Revolution. Jim Curtin’s men are headed to Toronto for one of the two Eastern Conference Knockout Round matches.

The Red Bulls secured first place in the East and ran their unbeaten streak to 16 in a row heading into the playoffs.

Aurelien Collin controlled the Red Bulls back line that barely came under fire from the struggling Union attack that fired just four shots on goal.

Wright-Phillips’ first-half strike secured his second Golden Boot in three games and put the Red Bulls in the driver’s seat against their I-95 rival.

Fabian Herbers struggled to make an impact in place of C.J. Sapong at forward. The rookie failed to take a shot in 76 minutes.

New York City FC did the work it needed to do on Sunday to earn the rest it deserves next week.

Behind goals from Steven Mendoza, Jack Harrison, Khiry Shelton and David Villa, NYCFC topped the Columbus Crew, 4-1, in the regular-season finale at Yankee Stadium to secure a first-round bye in the MLS playoffs.

NYCFC will begin its first postseason campaign as the No. 2 seed in the Eastern Conference and will travel on Oct. 30 to begin the first leg of the conference semifinals. The Crew, meanwhile, will miss the playoffs after advancing to the MLS Cup Final last season.

NYCFC took a 1-0 lead into halftime on Mendoza’s finish in the 45th minute, but Ola Kamara equalized for the Crew in the 59th minute to put some pressure on City to with Toronto FC leading the Chicago Fire.

The anxiety for the home supporters at Yankee Stadium was wiped away not long after, as Harrison provided a goal and an assist two minutes apart at the 77th and 79th. Villa then tallied his 23rd goal of the season to secure his club’s 15th win of the season.

Jack Harrison padded his case for MLS Rookie of the Year with his fourth goal and seventh assist on the season.

About 10 minutes after the jumbotron at Yankee Stadium showed Toronto FC leading the Chicago Fire, Jack Harrison broke the 1-1 tie with his fourth goal of the season and calmed the nerves of 30,374 in attendance at Yankee Stadium.

Like much of the season, the Columbus Crew backline failed to sustain a solid defensive plan throughout the whole game. The second-half breakdown almost epitomized the Crew’s struggles all year.

Sebastian Giovinco flashed his MVP form for the first time in a while, registering a goal and assist to lead TFC to a season-ending victory against the Chicago Fire. A victory that helped TFC snap a five-match winless slide.

Giovinco, in his second match back after a six-week absence due to injury, helped TFC climb out of an early deficit when he converted a penalty kick just before halftime. The Italian star then set up a Justin Morrow goal to give Toronto FC the lead for good.

TFC will now play host to the Philadelphia Union on the Knockout Round match at BMO Field. Reports have the match being set for Wednesday.

Giovinco was a terror for much of the match, giving the Fire fits and closing out the regular season strong.

Giovinco’s turn and cross to set up Justin Morrow’s header was a moment of sheer brilliance.

Joao Meira gave up the penalty that helped TFC climb back into the match, and overall had a stinker.

With an insurmountable 14-goal differential separating the New England Revolution from Eastern Conference sixth seed Philadelphia, the Revs nonetheless came out inspired to finish their season with a win on Sunday, downing the Montreal Impact, 3-0, in front of 39,587 at Gillette Stadium.

Diego Fagundez got the scoring started for the Revolution in the 13th minute with a free kick from the left edge of the box that he curled off the right post and in past Impact goalie Evan Bush.

The Revolution added two more goals in the second half, as Juan Agudelo dribbled 10 yards upfield and then buried a left-footed volley in the 60th minute.

Kei Kamara added the Revs’ final goal in the 71st minute, with Lee Nguyen centering it to Fagundez from the left side and then the latter laying it off to Kamara for a low shot across Bush and into the left side the goal.

Despite a chance to leapfrog D.C. United into fourth place in the Eastern Conference, the Impact (11-11-12) left Ignacio Piatti and Dominic Oduro on the bench, bringing both players on in the 58th minute. Didier Drogba did not dress for Montreal, after refusing to come on as a substitute last weekend.

Diego Fagundez continued his strong close to the 2016 with a goal and an assist as he gave the Revs some early momentum off a free kick as they struggled to score in the first half, despite creating several strong opportunities. He was in the right place and made a cool, unselfish decision with the pass to set up Kamara’s goal in the 71st minute.

The moments of the match were the four times the Revolution hit the crossbar or post (excluding Fagundez’s shot off the post and in). Although making up a double-digit goal differential was admittedly impossible, the Revs had a chance to put up a big number on the Impact.

The Impact’s team-wide defensive performance left a lot to be desired, especially with playoff positioning still on the line. Bush didn’t have his best game, but the more concerning part was giving up a whopping 25 shots to a Revs team with little to play for but pride.

Kevin Molino and Kaka notched a goal and an assist apiece to lead the Lions to the 4-2 win over a reserve-laden D.C. United side.

Ben Olsen opted to rest most of his starters ahead of the midweek Knockout Round of the playoffs, and it allowed Orlando City to go after the visitors with their full-strength squad.

D.C. United will play host to the Montreal Impact in the Knockout Round later this week.

Molino put the drama of his exclusion from the Trinidad & Tobago national team behind him and helped drive the Lions to victory.

Higuita’s goal handed the Lions a nice two-goal cushion in the 50th minute as the Lions moved into the offseason on a positive note.

Sean Franklin had a rough afternoon in the D.C. defense as they gave up four goals as  a unit.