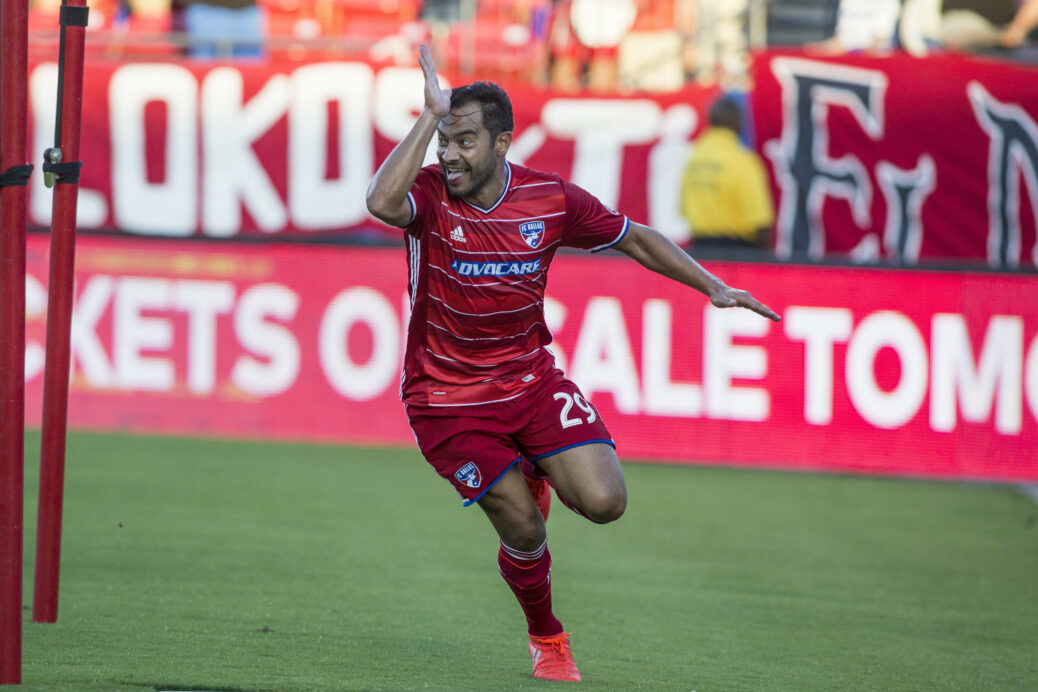 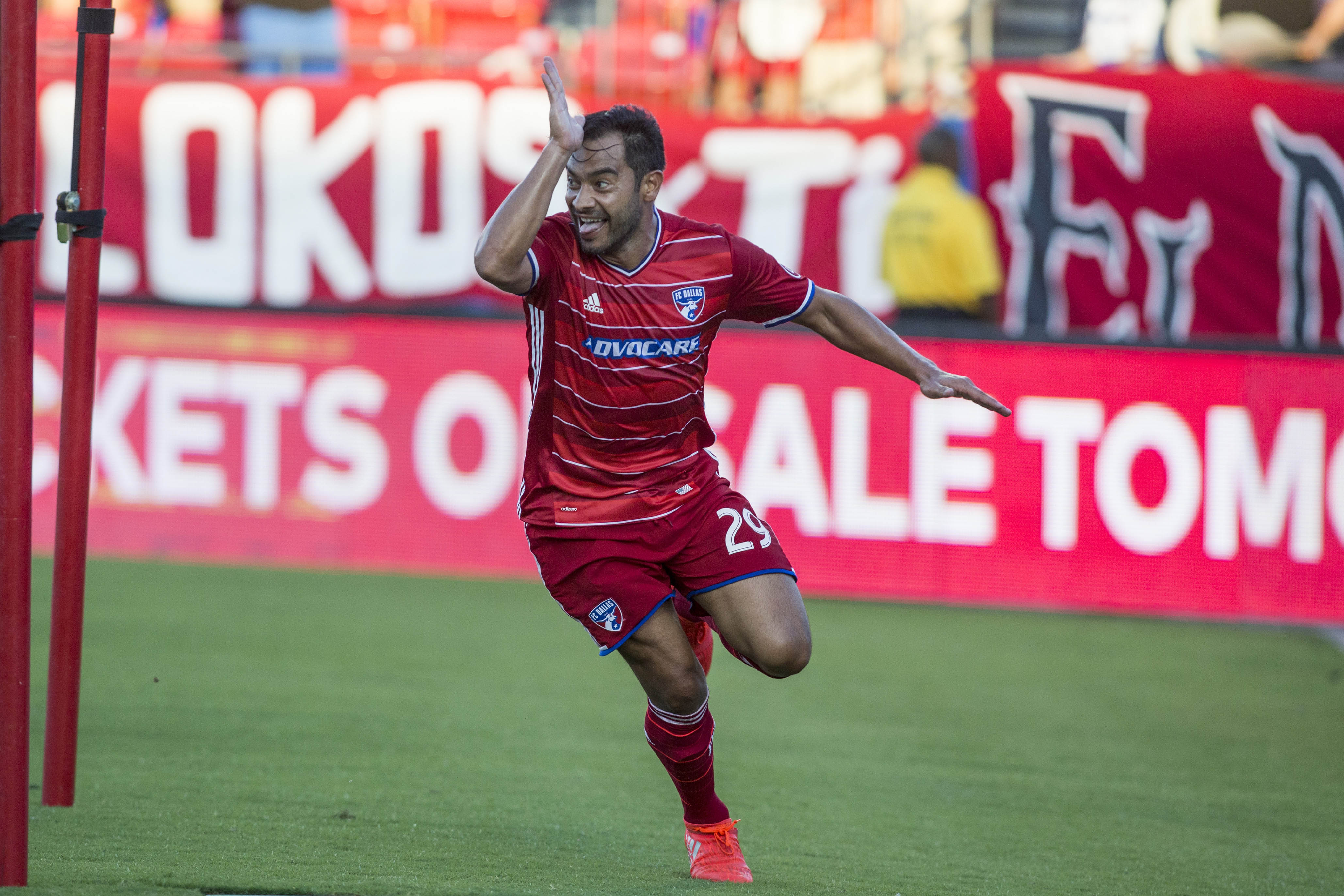 Decision day is upon us.

As the penultimate week of the MLS season has concluded, the playoff picture remains murky heading into the final matches of the year. The final playoff berth  in the East essentially belongs to the Philadelphia Union, but there is still playoff seeding to fight for. The West has four teams battling for three playoff spots, meaning someone is getting left out and sent home.

The New York Red Bulls all but secured the East with their win and New York City FC’s loss, while the Montreal Impact and D.C. United punched their tickets with their results.

The Colorado Rapids fell to the Portland Timbers, which allowed FC Dallas to seize control of the Supporters’ Shield with their victory over the Seattle Sounders. Both the Timbers and Sounders are now locked in a battle with Real Salt Lake and Sporting Kansas City, who battled to a draw last week, for the final three playoff spots out West.

THIS WEEK: at Suchitepequez on Thursday (CCL), at LA Galaxy on Sunday.

OUTLOOK: Two late goals from Max Urruti and hero Carlos Ruiz saw FC Dallas take a 2-1 victory over the Seattle Sounders and take back control of their Supporters’ Shield destiny. A lot of travel awaits, as FCD will need to travel all the way to Guatemala for a CCL match against Suchitepequez on Thursday before visiting the LA Galaxy on decision day. The good news for FCD: thanks to tiebreakers in their favor, a draw or better will secure a double of the Supporters’ Shield and U.S. Open Cup, leaving the door open for a historic treble possibility.

THIS WEEK: at the Philadelphia Union on Sunday.

OUTLOOK: After a scare of another dangerous collapse, the Red Bulls managed to just hold out for a 3-2 victory against the Columbus Crew. The win all but secures the Eastern conference for the Red Bulls, as they have tie breakers over New York City FC in almost overwhelming fashion. The victory also secures a first-round bye and likely a CCL spot for next season. They’ll close the regular season by visiting the Union before enjoying their time off and preparing for the playoffs.

LAST WEEK: Beat the San Jose Earthquakes, 2-1, on Thursday, Lost to the Portland Timbers, 1-0, on Sunday.

THIS WEEK: vs. the Houston Dynamo on Sunday.

OUTLOOK: A loss to the Timbers snaps a six-match unbeaten run for the Rapids, and coupled with a victory by FC Dallas sees them fall out of the top spot in the league. The Rapids are still in contention for the Shield, but will need a victory at home against the Dynamo and will need the Galaxy to do them a favor and beat FCD. With the Rapids unbeaten at home, and FCD with a losing road record this season, the Shield is still within reach on decision day.

THIS WEEK: vs. FC Dallas on Sunday.

OUTLOOK: With their victory over the Dynamo on Sunday, the Galaxy have locked themselves into place at 3rd in the West. They’ll host the sixth-place finishers in the West in the knockout round. The big enticement for the Galaxy on decision day is the opportunity to play spoilers to FC Dallas, as a win coupled with a Rapids win would snatch the Shield and the double away from the visitors on the final day of the season.

THIS WEEK: vs. the Columbus Crew on Sunday.

OUTLOOK: New York City FC looked very much out of sorts in the capital on Sunday, as they fell behind to D.C. United after surrendering three first-half goals and couldn’t battle their way back. The loss essentially removes the Eastern conference from the realm of possibility, but dropped points from Toronto FC means a win this weekend against the Crew will be enough to secure a first-round bye.

OUTLOOK: D.C. United may be the league’s most in-form team, as their 3-1 victory over NYCFC makes it four straight for the now playoff-bound team from the capital. The comprehensive victory leaves DCU in fourth-place in the East, representing their best possible finish as they can’t catch the top three. Their final match of the season against Orlando City now represents a chance to secure a home playoff match with a fifth straight win.

THIS WEEK: vs. the Chicago Fire on Sunday.

OUTLOOK: With an opportunity to seize control of a first-round bye thanks to an NYCFC loss, Toronto FC instead floundered and managed only a draw against the now playoff-bound Montreal Impact on Sunday. The draw means that an NYCFC win negates any Toronto FC result. However, an NYCFC draw or loss will allow TFC to leapfrog them into the 2nd spot in the East. TFC couldn’t have picked a better opponent, as they’ll face the lowly Chicago Fire at home on decision day.

THIS WEEK: at the Seattle Sounders on Sunday.

OUTLOOK: Real Salt Lake had a chance to secure a playoff spot with a win on Sunday, but failed to score in a 0-0 draw against Sporting KC. Now they’ll need a result against their direct competition in the Seattle Sounders on decision day to guarantee their advance. A draw would be enough, but a 6-match winless streak-snapping victory would be RSL’s ideal end to the season.

THIS WEEK: vs. Real Salt Lake on Sunday.

OUTLOOK: Two poor results against the Dynamo and FC Dallas saw the Sounders squander an opportunity to secure a playoff spot and now sees them engaged in a decision day playoff battle against Real Salt Lake. Four teams remain in contention for three spots, meaning one of Real Salt Lake, the Sounders, Sporting Kansas City, and the Portland Timbers are staying home at the end of the day. The Sounders will aim to send someone else home and keep their season alive with a win over RSL on Sunday.

THIS WEEK: at the New England Revolution on Sunday.

OUTLOOK: Thanks to a lack of results from the Union and Revolution, the Impact are playoff bound again in 2016. A draw against their Canadian rivals was enough to secure the Impact’s place and leaves them in 5th, but within striking distance of D.C. United in 4th. They’ll face the essentially eliminated Revs on Sunday as they’ll hope for some help from Orlando City to secure a home playoff match.

THIS WEEK: vs. Central FC on Wednesday (CCL), vs. the San Jose Earthquakes on Sunday.

OUTLOOK: A draw against Real Salt Lake keeps Sporting KC in the thick of the Western conference playoff race entering decision day. SKC will play twice this week, but thankfully at home both times, as they face Central FC in CCL play before welcoming the Earthquakes on Sunday. With four teams battling for three playoff spots, Sporting KC would need a win to guarantee themselves passage to the post-season.

THIS WEEK: vs. Saprissa on Wednesday (CCL), at the Vancouver Whitecaps on Sunday.

OUTLOOK: A win over the Rapids coupled with dropped points by the Sounders, Sporting KC, and Real Salt Lake keep the Timbers alive in their playoff hunt. After welcoming Saprissa in CCL play on Wednesday, they’ll travel to face the Whitecaps on decision day. A victory for the Timbers would secure their playoff spot, but they’ll have to figure out how to do it on the road, where they remain winless this season.

THIS WEEK: vs. the New York Red Bulls on Sunday.

OUTLOOK: The end of season woes continue for the Union, as a 2-0 loss to Orlando City makes it six straight without a win and four losses in those six matches. The Union are fortunate, however, as the New England Revolution also lost last weekend, all but guaranteeing a playoff spot for the hapless Philadelphia team. Any positive result against the Red Bulls secures the playoff spot for the Union, and even a loss likely gets them in, as they own an almost certainly insurmountable +14 GD over the Revs.

THIS WEEK: vs. the Montreal Impact on Sunday.

OUTLOOK: A 2-1 loss to the Chicago Fire is the killer result that likely ends an up-and-down season for the Revolution. With the Union losing to Orlando City, the Revs had a chance to really make a playoff push, but let it slip away. Now, losing all tiebreakers in a big way, the Revs are essentially eliminated barring the most incredible results of all time. They’ll seek to make the near-impossible happen as they welcome the Impact on decision day.

OUTLOOK: The Columbus Crew entered last week eliminated already and played like it, suffering a draw to the lowly Chicago Fire and a loss to the top-of-the-East New York Red Bulls. With their 2016 hopes dashed, they can only play spoiler to NYCFC’s hopes of securing a first-round bye on decision day, as they battle for draft positioning.

THIS WEEK: at the Colorado Rapids on Sunday.

OUTLOOK: With their season long over, the Dynamo dragged themselves to bad results in each of their matches last week as they could only manage a draw against the Sounders and a loss against the Galaxy, with no goals scored in either match. They’ll mercifully close their season by attempting to defeat the Colorado Rapids and secure the Shield for FC Dallas.

LAST WEEK: lost to the Colorado Rapids, 2-1, on Thursday, tied the Vancouver Whitecaps, 0-0, on Sunday.

THIS WEEK: vs. Sporting Kansas City on Sunday.

OUTLOOK: A loss to the Rapids and draw against the Whitecaps eliminated them from the playoffs, but the Earthquakes are not eliminated from decision day drama as they seek to play spoilers against Sporting Kansas City. With SKC needing a win to secure their place and with goal differential meaning everything, the Earthquakes result will have a huge Impact on the Western conference playoff picture.

THIS WEEK: vs. the Portland Timbers on Sunday.

OUTLOOK: After a scoreless draw in a meaningless match on Sunday against the Earthquakes, the Whitecaps play an impactful decision day match on Sunday. The Timbers need a win to guarantee advancement and trail Sporting KC on goal differential for the final playoff spot. The visitors are winless on the road this year and the Whitecaps will aim to keep it that way for pride in their final match of the season.

THIS WEEK: vs. D.C. United on Sunday.

OUTLOOK: Orlando City’s victory on Sunday proves that a win can be frustrating. The Lions showed a flash of the team they could be by defeating the Union, 2-0, on Sunday, but it will have to wait until next year as they’re already guaranteed to miss the playoffs. They can play spoilers to D.C. United’s hopes of hosting a playoff match on Sunday.

THIS WEEK: at Toronto FC on Sunday.

OUTLOOK: The last time the Chicago Fire earned four points from two consecutive matches was back in August, so the past week ranks among the best of the season for the Fire and perhaps provides a flicker of hope for 2017. They can secure their best points total over a three-game stretch with a win against Toronto FC on Sunday, and perhaps play spoiler to the hopes of a first-round bye for the hosts.