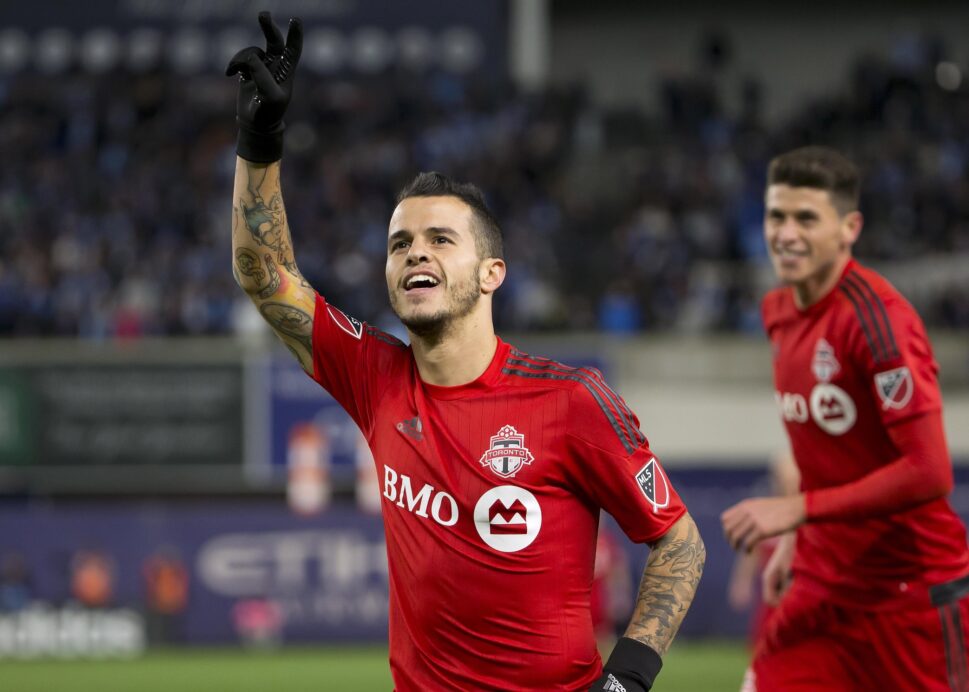 The Conference Finals are set in the MLS Cup playoffs, with a distinctly Canadian twist this year.

The LA Galaxy took a 1-0 lead into Colorado to open Sunday’s conference semifinal leg 2 action, hoping to hold on and progress in their quest for a sixth MLS cup, but the Rapids fought back and denied the Galaxy in penalties. The Rapids leveled the aggregate scoreline on this Shkëlzen Gashi wonder-goal before Tim Howard came up big in penalties to secure the victory: (READ)

The New York Red Bulls took the field next, down 1-0 at home much like the Rapids, against the Montreal Impact, but couldn’t pull off the comeback like their Western Conference counterparts. Ignacio Piatti put the Impact ahead 1-0 (2-0 aggregate, away goal advantage), in the 51st minute, leaving the Red Bulls needing three for a comeback. Bradley Wright-Phillips would do his best and pull one back for the hosts, but the Impact would secure the victory in the 85th minute as Piatti earned a brace and the Impact earned a 3-1 aggregate victory to advance to the Eastern Conference finals. (READ)

No team looked better than Toronto FC on Sunday. After a solid 2-0 home victory over New York City FC in the first leg, TFC knew NYCFC would be forced to press hard to come back from such a deficit and pressed perfectly to put things out of reach early on. MVP snub Sebastian Giovinco scored a brace within 20 minutes to put Toronto up 4-0 on aggregate, leaving NYCFC needing five to win. It would be the Canadians who scored five, however, as Giovinco would get one more as Jozy Altidore and Jonathan Osorio each added one of their own to make the final 5-0 Toronto (7-0 aggregate), setting up an all-Canada Eastern Conference finals. (READ)

Last, but not least, the Seattle Sounders entered their second leg with a 3-0 advantage on FC Dallas. FCD would snatch back two goals behind efforts from Tesho Akindele and Maxi Urruti, but it wouldn’t prove enough to battle back as the Supporters’ Shield and U.S. Open Cup champions fell short of their treble dreams. Nicolas Lodeiro added one for the visitors, and the Sounders advanced to the Western Conference Finals on a 4-2 aggregate. (READ)

Here’s the full schedule for the Conference Finals: