On USMNT: Yedlin deserves to emerge from Klinsmann’s doghouse ahead of Costa Rica match 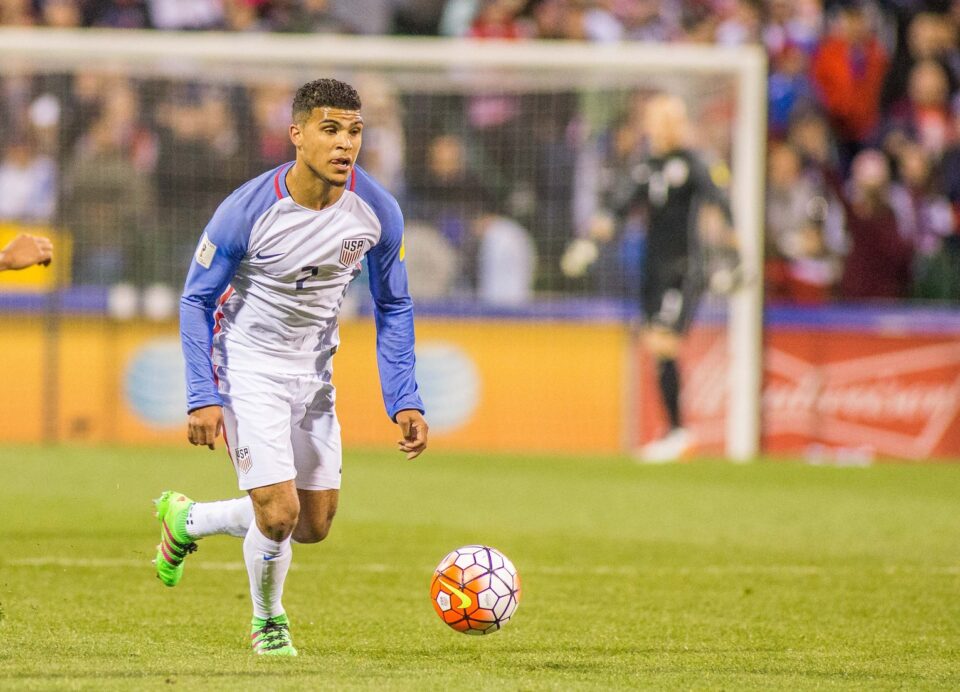 In the eyes of many, Yedlin took those comments to heart. Since Klinsmann’s public criticism, Yedlin claimed a spot in the Newcastle lineup while further establishing his attacking game. He appeared to have taken a step, one that would have seemingly impressed Klinsmann along the way.

It didn’t. Yedlin found himself on the bench on Friday night in favor of Timmy Chandler, who struggled mightily in the USMNT’s early three-at-the-back set. Chandler recovered before Yedlin was thrust into the game late and could only watch as Rafael Marquez headed Mexico to victory.

Even with the early struggles, Chandler remains the USMNT starter, according to Klinsmann. Yedlin, meanwhile, remains in the dog house, even if Chandler’s Friday performance showed that Yedlin is likely the more consistent and more sound option heading into Tuesday’s clash with Costa Rica.

“Timmy Chandler is playing outstanding and it’s probably his best season ever, at the moment, in the Bundesliga,” Klinsmann said. “DeAndre Yedlin, especially with us the last couple of games, and also that he went down to the second division in England, he’s been struggling. He was struggling with the recent camps. If you see every training session, you would get the confirmation that Timmy is ahead of DeAndre at the moment.”

With regards to Chandler, Klinsmann’s comments make some sense. Chandler has been hot in Bundesliga play, helping push Eintracht Frankfurt through what has been one of his best personal seasons. It’s impossible to know what Klinsmann truly sees in training but the idea that Chandler has outperformed Yedlin in recent practice sessions isn’t totally unbelievable.

Klinsmann’s comments regarding Yedlin don’t exactly line up, though. Yedlin has starred for Newcastle in recent months and has certainly provided performances worthy of a USMNT starter. Following a public lashing, Yedlin showed the strength to bounce back, earning a starting role with a team currently running through the English Championship with 12 wins in 16 games.

That makes Klinsmann’s jab at Yedlin’s club situation sound all the more bitter. Just two months ago, Klinsmann stated that Newcastle plays at “a Premier League level” while stating that Yedlin would learn from the grind that is the English Championship. Now, all of a sudden, a bonafide Newcastle starter is not good enough for the USMNT? Klinsmann’s comments seem to be a defense mechanism, one used to justify the introduction of in-form but inconsistent Chandler at the expense of Yedlin.

Reading into Klinsmann’s comments, it appears likely that Chandler will start on Tuesday against Costa Rica. Klinsmann hasn’t given up on the Eintracht Frankfurt defender yet. However, it would be wise for Klinsmann not to forget about Yedlin, a player that has been vital for the USMNT for the better part of several years.

Yedlin, not Chandler, was a part of the USMNT’s 4-0 thrashing of Costa Rica during this summer’s Copa America. It may not have been his best performance in a USMNT jersey, but Yedlin was at least somewhat effective against a tough Ticos team. Facing Costa Rica’s unique defensive set-up, Yedlin battled tricky Ticos playmakers Bryan Ruiz and Ronald Matarrita, two players that will give most CONCACAF fullbacks fits.

With that in mind, Yedlin would be a solid starting choice at right back. Not winger, not right midfielder, but right back, a position that Yedlin is more than comfortable with even if Klinsmann sees differently. His speed would cause Costa Rica fits and, with Fabian Johnson’s overlapping ability on the opposite side, the U.S. could attack Los Ticos in waves with talented options out wide. That pins Costa Rica wingbacks deep, easing the load on whoever mans the USMNT midfield.

It remains to be seen what Klinsmann does and, no matter what the selection is, it likely isn’t permanent. Both Chandler and Yedlin are too talented to write off long-term, and it wouldn’t be surprising to see both utilized in some fashion as the Hex continues.

However, for Tuesday night’s match, Klinsmann should turn towards Yedlin, a player much better than he gives him credit for. The Newcastle defender has his faults, but his abilities and recently rediscovered form would prove a weapon for the USMNT in a game that absolutely needs to produce some sort of result.