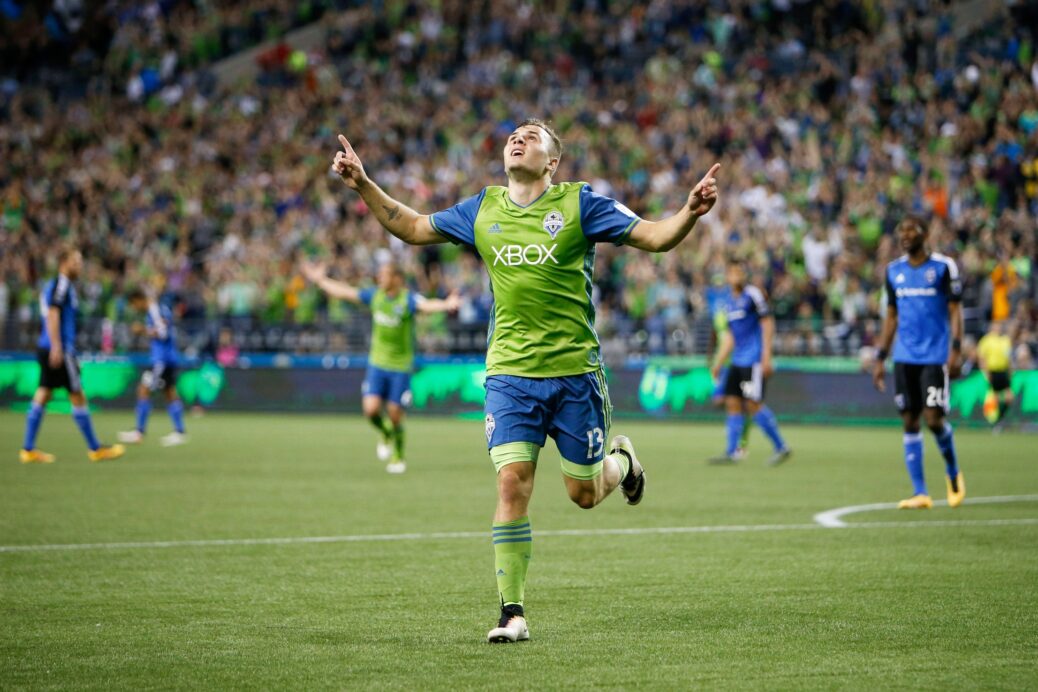 Jordan Morris faced immeasurable pressure. He was touted as American soccer’s golden boy, the savior of the Seattle Sounders. How Morris’ career pans out remains to be seen but, at least this season, he met and exceeded every expectation thrown his way.

It wasn’t always easy. The opening weeks, in particular, were rough for Morris, who was held scoreless for his first six matches. A run of four straight matches with a goal then proved a turning point, helping push Morris to a 12-goal, four-assist season. The numbers alone are impressive, but it was the way in which he amassed them that helped Morris earn SBI MLS Rookie of the Year honors.

After being omitted from the U.S. Men’s National Team’s Copa America roster, Morris put his head down and worked, helping lead a Clint Dempsey-less Sounders team through the summer. When Dempsey was forced to the sideline due to a heart issue, Morris stepped up again, becoming the focal point of the Sounders attack alongside new signing Nicolas Lodeiro.

When all was said and done, Morris finished 12th in the league in scoring while also scoring the most goals ever by an American rookie.

Here is a rundown of the other candidates for the SBI MLS Rookie of the Year Award, as chosen by SBI Editorial Staff:

On draft day, many thought the Philadelphia Union reached a bit too much to grab Keegan Rosenberry, a Georgetown fullback that had previously been in the club’s academy. They couldn’t have been more wrong. Rosenberry played every minute this season for the Union, becoming one of the league’s most reliable fullbacks from the moment he stepped on the field. The Georgetown product stepped up and shut down some of the league’s very best throughout the season, and is now certainly on the radar to join Morris with the USMNT at some point in the future.

Riddled by injuries to start the campaign, Jack Harrison’s rookie season took a while to get going but, once it did, it was pretty unstoppable. The English-born winger provided four goals and seven assists in 21 games while solidifying a spot on the right side of NYCFC’s talented attacking lineup. The Wake Forest product figures to be there for years to come as NYCFC has found a spectacular young piece that could be even better with a legitimate preseason under his belt.

The Philadelphia Union attack had been listless for several years, but Fabian Herbers’ creativity helped push the club towards the postseason. Herbers, the second Union rookie to make the list, provided three goals to go with a whopping seven assists, with one of the finishes and  three of those assists coming in the final month-and-a-half of the regular season. Herbers is versatile and apparently quite creative, giving the Union a welcome attacking optionas the club looks to reconstruct for another postseason push.

If you haven’t seen the Chicago Fire much this season, it’s hard to understand just how large an impact Jonathan Campbell has had from the onset. The rookie centerback’s contributions don’t necessarily show via the record of the last-place Fire, but Campbell proved to be a legitimate defender that should start in the Fire defense for years to come. The former University of North Carolina defender started 30 matches this season while proving a rock in central defense.

What do you think of our selection? Which player stood out to you as Rookie of the Year in 2016?