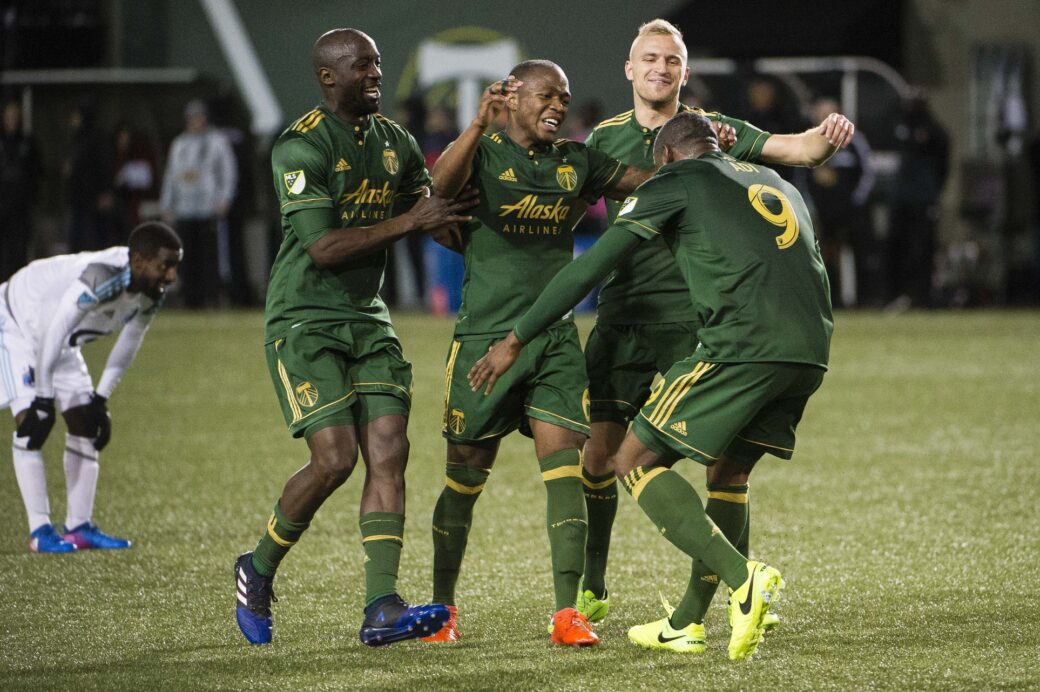 With the first slate of matches in the new MLS season completed, both expansion teams found themselves on the losing ends of their first ever matches, though in markedly differing styles.

Minnesota United found themselves on the wrong side of a Portland Timbers freight train on Friday, with Diego Valeri and Fanendo Adi both contributing two goals each in a 5-1 thrashing. (READ)

The Columbus Crew took an early lead thanks to Ethan Finlay, but couldn’t hold on as David Accam’s late equalizer for the Chicago Fire left things level, 1-1, at the final whistle. (READ)

FC Dallas emerged victorious thanks to a second-half goal from Kellyn Acosta, giving the Supporters’ Shield-holders a 2-1 victory over the LA Galaxy. (READ)

There were no goals but plenty of action between Real Salt Lake and Toronto FC, as Nick Rimando’s second-half penalty save preserved a 0-0 draw. (READ)

The Colorado Rapids picked up right where they left off, with a solid, defensive 1-0 victory over the New England Revolution thanks to Dominique Badji. (READ)

Despite predictions of a shootout, a 0-0 draw was the result between Sporting Kansas City and D.C. United thanks to some stout defensive work. (READ)

The Houston Dynamo pulled off the ultimate upset in week one, as the 2016 Western Conference cellar-dwellers defeated the defending MLS Cup champion Seattle Sounders, 2-1. (READ)

The San Jose Earthquakes also impressed with their result, a firm 1-0 victory over the Montreal Impact, behind a goal from Anibal Godoy’s spectacular first-half goal. (READ)

Cyle Larin powered Orlando City to a 1-0 victory over a feisty and aggressive New York City FC to open their new stadium with a win. (READ)

The New York Red Bulls played spoilers to Atlanta United’s debut, as they came from behind thanks to Daniel Royer and an own goal from Anton Walkes. (READ)

The Philadelphia Union’s makeshift defense held the line against the Vancouver Whitecaps speedy attack as they preserved a 0-0 draw. (READ)