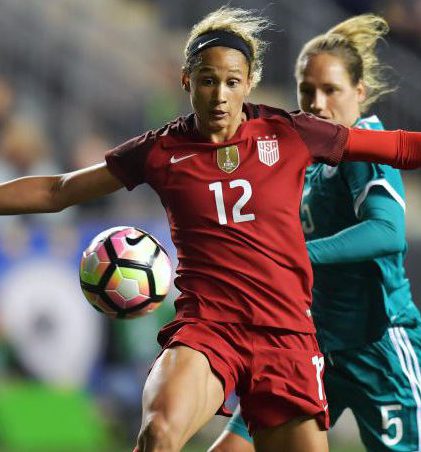 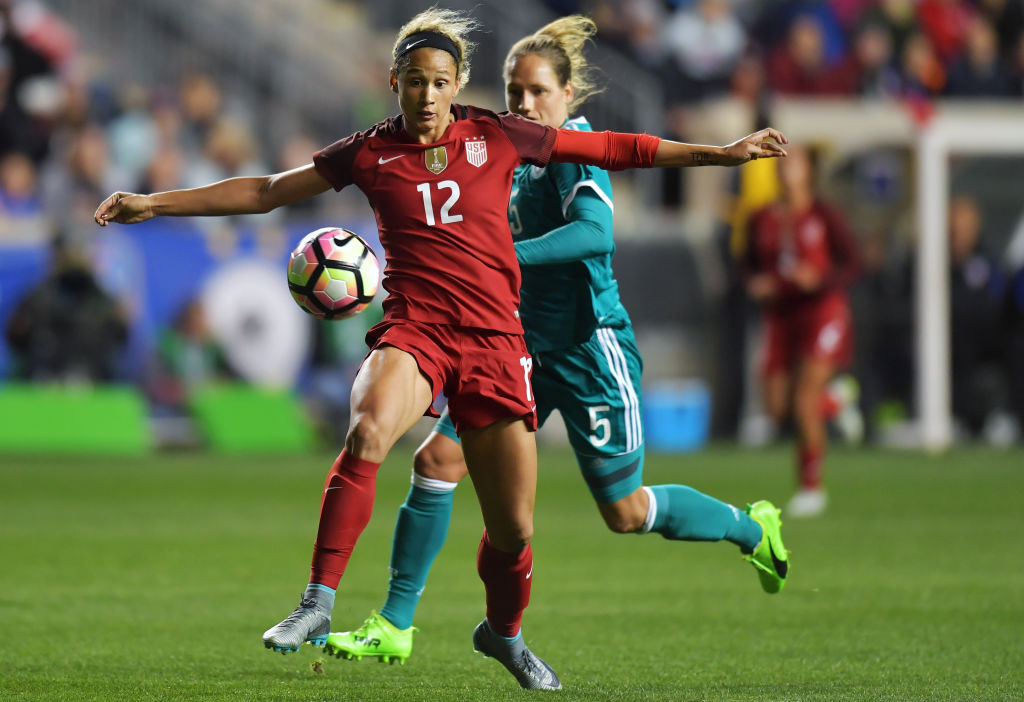 The U.S. Women’s National Team kicked off the SheBeileves Cup on Thursday night with a hard-fought 1-0 win over Germany  at Talen Energy Stadium in Chester, Pennsylvania.

U.S. forward Lynn Williams delivered the games lone goal in the 56th minute, pouncing on a loose ball to score her second goal in five matches since making her USWNT debut in October.

The USWNT dominated possession in the first half, but managed only one shot on goal, while the Germans managed three. Still, the half ended goalless, with neither team looking its sharpest.

The tide turned for the U.S. in the second half, when Christen Press hit a shot off the crossbar. The rebound found Tobin Heath, and after deflecting off a German player, the ball finally fell to Williams, who reacted quickly to finish the chance.

The USWNT took control of the game following Williams’ goal, but failed to find the net again. U.S. goalkeeper Alyssa Naeher made four saves to earn her seventh USWNT shutout.

The USWNT face England next in the SheBelieves Cup on Saturday at 5 p.m. at Red Bull Arena in Harrison, New Jersey.