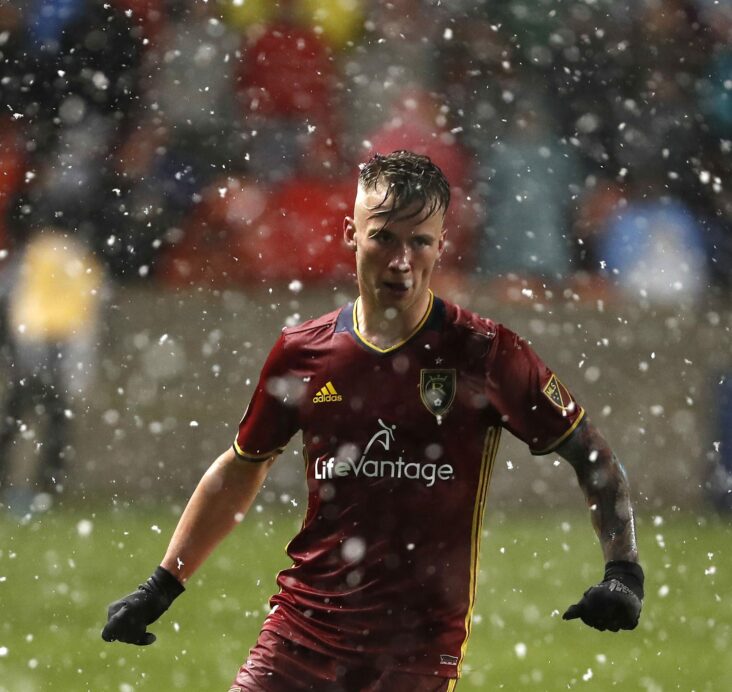 With every MLS game in Week 6 producing at least one goal, Albert Rusnak had a week to remember by finishing or setting up all three of Real Salt Lake’s scoring efforts.

Rusnak was stellar in the snow as he helped guide RSL to their first victory of the season, under the leadership of new head coach Mike Petke, as his goal and two assists led the way to a comprehensive 3-0 victory over the Vancouver Whitecaps.

Two teams contributed two players to this weeks Best XI. Jermaine Jones and Romain Alessandrini represent the victorious LA Galaxy with a goal apiece in a 2-0 victory over the Montreal Impact, while Nick DeLeon and Bobby Boswell earned honors for their defensive work against a talented New York City FC attack in a 2-1 win

Hector Villalba tips the spear of the XI, as his brace helped Atlanta United secure a point on the road in a 2-2 draw against Toronto FC. Dax McCarty also made his mark for the Chicago Fire as he assisted Nemanja Nikolic’s winning strike in the team’s 1-0 victory over the Columbus Crew.

Here is the SBI MLS Best XI for Week 6: 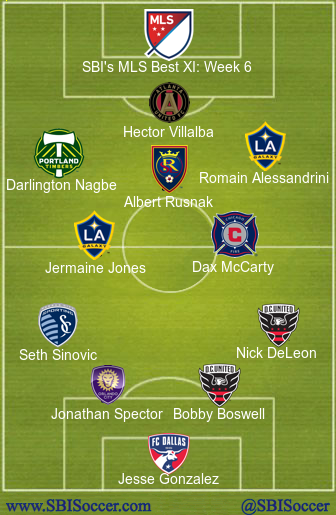