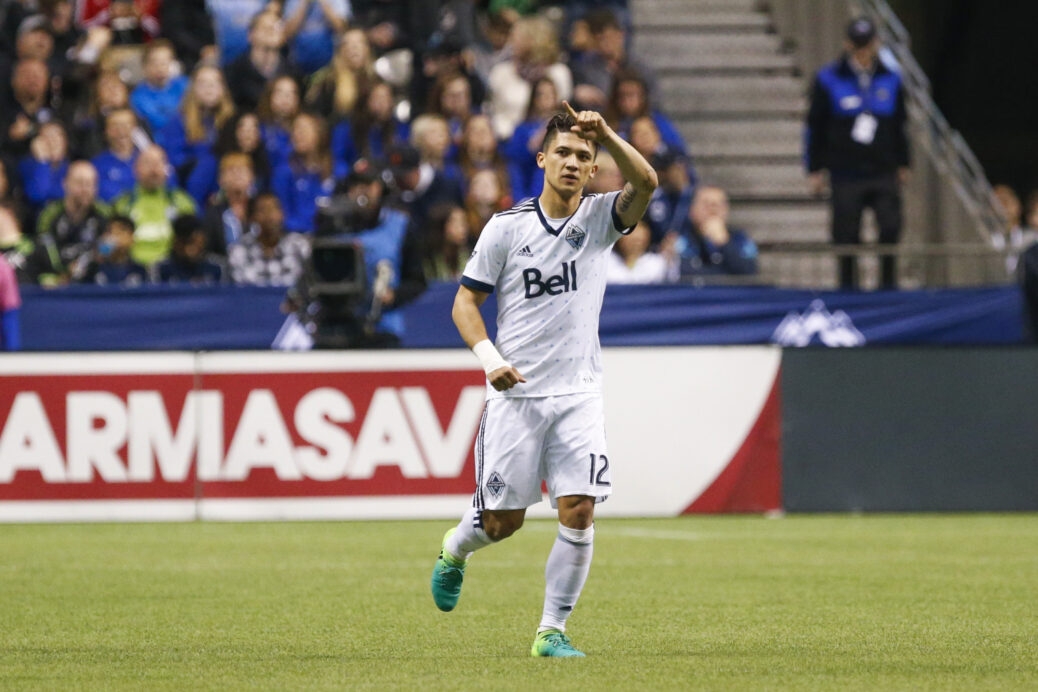 Week seven of the MLS season is wrapped up and it held good news for the Chicago Fire up front and Sporting Kansas City in the back.

The Fire’s Nemanja Nikolic and Bastian Schweinsteiger make the cut for this week’s SBI MLS Best XI, as Nikolic’s brace and Schweinsteiger’s goal led to a 3-0 victory over the New England Revolution. Joining Nikolic up top is the Vancouver Whitecaps’ Fredy Montero, who also recorded a brace against his former team as the Caps toppled the Seattle Sounders 2-1.

Joining Montero is teammate Kendall Waston, who’s efforts in defense helped secure all three points for the Whitecaps. Also representing the defensive group are Sporting Kansas City’s Ike Opara and Tim Melia, who helped shutout the dangerous Portland Timbers in a 1-0 victory, including a beautiful, finger-tip Save of the Year candidate from Melia.

Rounding out the defense are New York City FC’s Ronald Matarrita and the Houston Dynamo’s Boniek Garcia, each of whom tallied an assist in their teams’ efforts.

The midfield is an assortment of the New York Red Bulls’ Sacha Kljestan, Orlando City’s Will Johnson and the San Jose Earthquakes’ Jahmir Hyka, the latter of whom scored an equalizer at the death in the Quakes 1-1 draw with FC Dallas.

Here is the SBI MLS Best XI for Week 7: 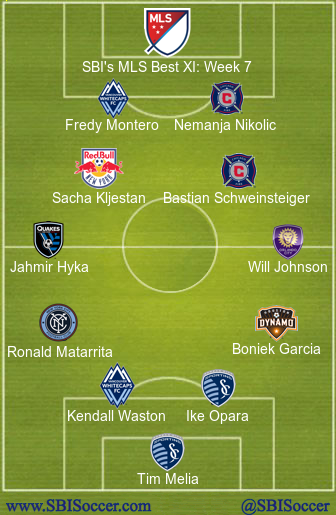