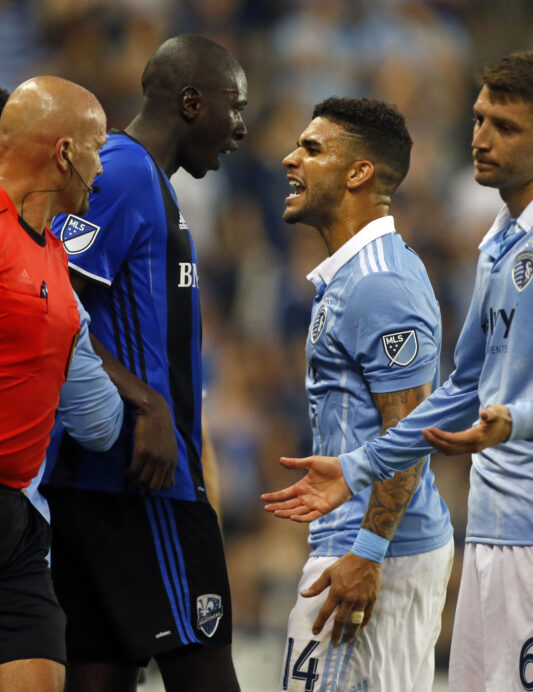 To Sporting KC manager Peter Vermes, the worst thing about dropping two points at home to a shorthanded Montreal Impact was that everyone could see it coming.

“They scored a goal because of a mistake on us, not because of a great play by them,” Vermes said. “It was heads up, the guy was paying attention, that was good. But it’s not like they did anything that hurt us, or something that our guys couldn’t figure out.”

The Montreal Impact nonetheless made it out of Kansas City with a point on the road in one of the most difficult stadiums to win in this season. Matteo Mancosu returned from injury to score a sensational chipped equalizer in the 82nd minute and secured a 1-1 draw at Children’s Mercy Park in Kansas City, Kansas.

And then a familiar feeling over the last few seasons came back for Sporting KC: frustration over dropping points after controlling a game for most of the night.

“They had some opportunities but that was based off of literally only our mistakes, and bad mistakes,” defender Ike Opara said. “It wasn’t their pressure or anything it was just bad passes or lack of balance.”

Mancosu capitalized on Sporting’s biggest mistake of the night. In the 82nd minute, midfielder Soni Mustivar attempted a back-pass to Tim Melia, but it was far too weak to make it back. Mancosu ran onto it as if it were a pass from a teammate, chipped Melia and equalized.

“They didn’t do anything special, we just didn’t do what we needed to do,” Opara said.

The next eight minutes plus stoppage time launched a scramble to make things right for Sporting KC. Impact defender Chris Duvall was sent off for a reckless tackle in the 86th minute, but Sporting didn’t make the man advantage count.

For Impact coach Mauro Biello, however, the road point was less about his team counter attacking and more about choosing moments to push forward. The Impact actually kept possession well during the early stages of the second half, which pushed the match in their favor.

“Everybody thinks we are a counterattacking team, but we have been showing in the last six or seven games that we are a team that can also maintain possession,” Biello said. “It’s about understanding those moments in games, when to keep the ball and when to recognize when to go forward quickly.