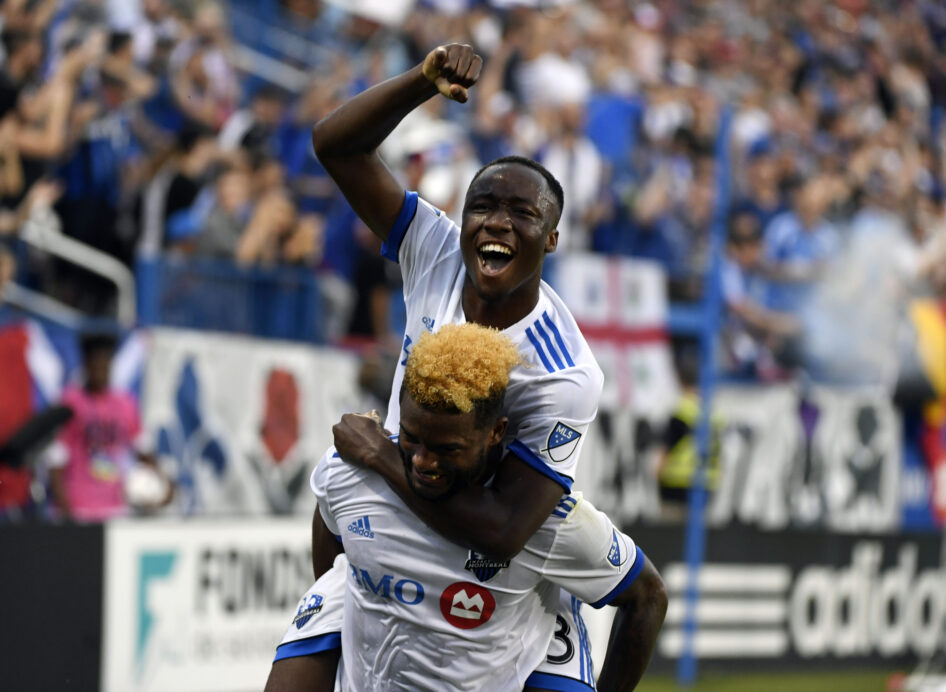 After Montreal’s first ever rain delay in MLS history, the clouds cleared and soccer finally got underway under the floodlights in Montreal.

The Montreal Impact grabbed a 2-1 win over the Philadelphia Union, with the decisive goals from Michael Salazar and high-impact DP Blerim Dzemaili. The crucial three points leapfrog the Impact over the Union in the Eastern Conference standings, and provide a continued impetus for the Impact as they pursue a playoff spot.

The rust from the Gold Cup break was quickly apparent for the Impact, as the hosts were dominated by the Union, who were blocking the passing lanes and pressing for an early goal. However, the tone of the match changed for the Impact with a single play.

In the 19th minute, Chris Duvall created a rarity when it comes to the Impact, a headed goal. From the right flank, Duvall’s cross found a wide open Michael Salazar who headed in his second goal in as many starts this season.

In the 43rd minute, it was again Duvall who created an opportunity for a goal, but unfortunately it came for the Union . Deep in the Impact’s zone, the Duvall made a back pass that was an immediate disaster as it went straight for Union winger Fafa Picault. The midfielder did not miss his opportunity as he beat Evan Bush one-on-one to get the Union an equalizer.

After the half, Blerim Dzemaili continued his habit of taking control of matches to give the Impact a go-ahead goal. In the 53rd minute, from the right side of the 18-yard box, Dzemaili used deft skill to get past Giliano Wijnaldum. The Swiss international lost the ball for an instant, but it deflected off of Union defender Jack Elliott straight back to him. Dzemaili then beat McCarthy with a shot towards the far post to give his team the victory.

Added pressure from the Union was not enough a second half goal for the visitors. The Impact managed to seal the rest of the game, leaping over the Union in the Eastern Conference standings.

Despite giving the Union their equalizer, Chris Duvall once again had a solid performance at right back for the Impact. His cross set-up Michael Salazar for the opening goal, and his defensive work helped seal the match late.

Duvall patiently waited for the Union defense to leave Michael Salazar alone with some space inside the six-yard box. Once he saw his opportunity, Duvall found the Belizean with a cross that opened the scoring for the Impact.

Laurent Ciman’s defensive work was not up to standards on this humid Wednesday evening. The Belgian had several turnovers to account for and made a poor call for the ball that ultimately resulted in Duvall’s game-tying back-pass to Fafa Picault.