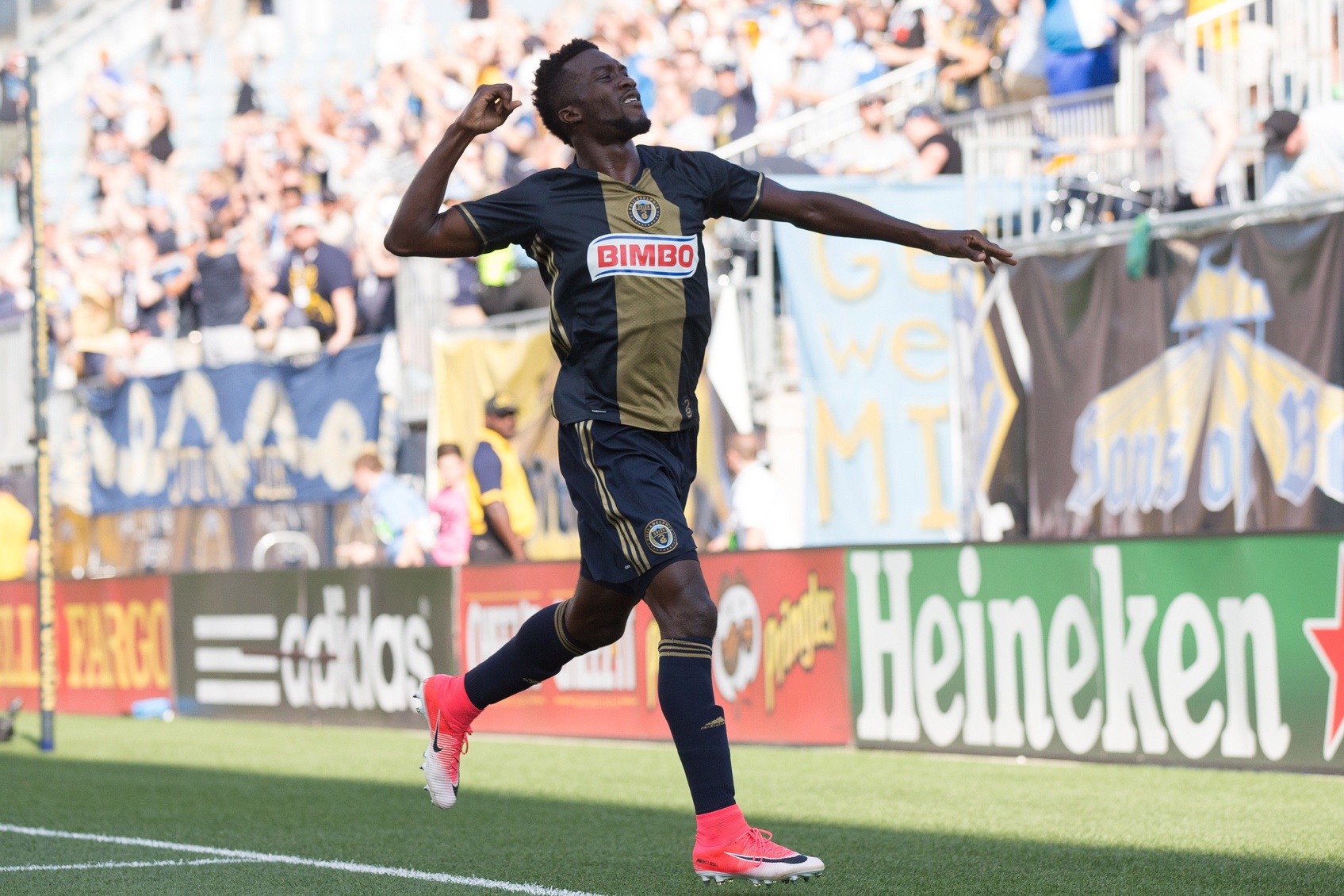 CHESTER, PA– The task for the Philadelphia Union was quite simple on Sunday night, and they accomplished it with relative ease.

Playing against a depleted New England Revolution team that is without a road win in league play this season, the Union came away with a 3-0 victory at Talen Energy Stadium.

C.J. Sapong, Ilsinho and Roland Alberg scored a goal each in the conquest of the Eastern Conference foe that put the Union’s win total up to six in 2017.

The Union got off to a fantastic start in the third minute, when C.J. Sapong earned a penalty off the left arm of Benjamin Angoua. After his cross struck the arm of the Revolution defender, Sapong stepped up to the spot and knocked in his ninth goal of the season.

The tally ties a career high in goals for Sapong, who also found the back of the net on nine occasions in 2012 with Sporting Kansas City and 2015 with the Union.

Kei Kamara almost provided the Revs with an early equalizer in the 12th minute, as he broke free on goal after receiving a nice ball from Teal Bunbury. Andre Blake came off his line a bit to deny the shot from the incoming striker.

Despite holding a one-goal advantage, the Union failed to take control of the match, and they let the Revs dominated most of the opening stanza. The Union defense was forced into 12 clearances, 10 interceptions and seven tackles in the first 45 minutes while giving up 59 percent of the possession to the visiting Revs.

However, the Union came out of halftime and killed the game in the 48th minute, as Ilsinho struck a superb volley past Cropper. The move started with a lofted ball from Haris Medunjanin that found Fafa Picault, who then played a nice bouncing ball into Ilsinho, who blasted the finish into the top of the net.

New England came close to providing a second direct response to a Union goal in the 50th minute, but once again they came up short as Je-Vaughn Watson knocked a shot off the post during a corner kick routine.

The Union created plenty of chances in the second half after the Ilsinho goal, but not many of them struck the back of the net. Fafa Picault missed a few opportunities after his using his speed to create space and then Ilsinho missed a wide-open chance for a second goal in the 72nd minute.

Substitute Roland Alberg took care of the lack of finishing in the 77th minute with a blistering shot that soared into the top-right corner of the net on his first touch of the game.

The Union will look to go into the Gold Cup break on a positive note on Thursday as they visit Sporting Kansas City, while New England takes on the New York Red Bulls on Wednesday.

The Union attack grabbed all the headlines, but it was Oguchi Onyewu who was the best player on the field. The Union center back didn’t make a wrong step during his 90 minutes on the field.

Ilsinho’s goal in the 48th minute took away the doubts of a potential Union letdown with a nice strike from the right side of the box. After that moment, the Union were in control of the contest.

Benjamin Angoua was at fault for conceding the early penalty, and he didn’t improve much as the game went on.