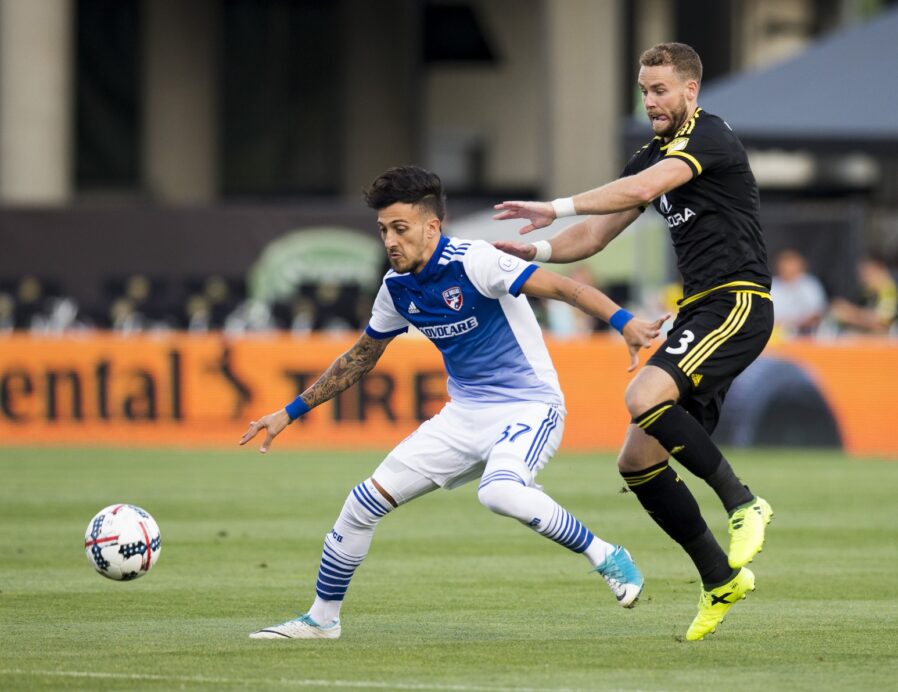 FC Dallas’ struggles continued with yet another defeat on Saturday night.

Winless since July 22, FC Dallas fell once again on Saturday night via a 2-1 defeat against the Columbus Crew at MAPFRE Stadium. The win sees the Crew build on to a four-game unbeaten run, one which includes three wins.

Following a first half that featured several Crew chances, the hosts broke through in the 50th minute through their regular goalscorer. After being sprung by Federico Higuain, Hector Jimenez played a first-time ball across the box. Kamara was left with a simple tap-in, giving the Crew a 1-0 lead with his 14th finish of the campaign.

With 19 minutes remaining, the much-maligned Jonathan Mensah doubled the lead, sealing the point.Higuain was once again involved as his free kick found the Ghanaian centerback as the Crew locked up the points.

It proved to be just that, a lifeline, as FC Dallas never got any closer.

Following the win, the Crew look ahead to to a match against Sporting KC on Sept. 10 while FC Dallas host the New York Red Bulls on Sept 2. as they look to break out of the recent funk.

Jonathan Mensah has earned plenty of criticism throughout his Crew tenure, but he stepped up with a solid performance on Saturday night.

Mensah’s goal locked up the result, and it proved to be the game-winner following FC Dallas’ late goal.

Atiba Harris had a rough game out wide as he was routinely beaten, including on the Crew’s opening goal.