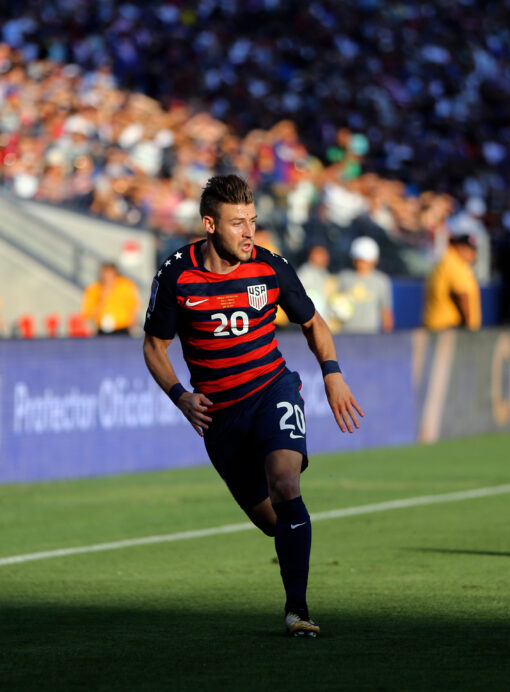 With the secondary transfer window now closed, a few MLS teams made key moves to strengthen their roster for a late-season push to the playoffs. Here’s a look at all of the completed moves from yesterday’s deadline, along with past transfers from this window:

Arguably the biggest move of the day from the biggest movers. D.C. United revamped their last-place roster with a series of big acquisitions, but perhaps none more so than bringing U.S. Men’s National Team midfielder Paul Arriola to the states from Club Tijuana. The team paid a club record transfer fee in excess of $3 million to complete the move, and sign Arriola to a long-term young DP contract. The LA Galaxy also took in a smooth half-million haul of allocation money in exchange for Arriola’s rights.

One of the biggest moves of the deadline came as midfielder Ethan Finlay jumped from the Columbus Crew to Minnesota United. Finlay had made 19 appearances and 14 starts this year for the Crew, but found himself expendable as the team acquired a massive return of targeted and general allocation money for this year and next. The Loons pick up a solid, veteran winger at just 27 years of age who will bolster their attack on the wings.

Another big midfield move from D.C. United brought another American midfielder to MLS from abroad, as Russell Canouse returned home from Bundesliga club Hoffenheim. The 22-year-old defensive midfielder joins after being on loan with 2. Bundesliga side Vfl Bochum and has signed a multi-year deal with DCU. Details of the transfer were not released.

Finally, D.C. United made a third, big midfield move, acquiring Hungarian international Zoltan Stieber from 2. Bundesliga club FC Kaiserslautern. The 28-year-old veteran has made 21 appearances for his country, including scoring at the 2016 UEFA Euros, and has played for multiple Bundesliga and 2. Bundesliga clubs. Details of the transfer were not released.

As the Chicago Fire are pushing for a potential Supporters’ Shield title and a deep playoff run, they shored up their centerback depth with an intra-MLS trade with the Vancouver Whitecaps, acquiring American defender Christian Dean. The Whitecaps get a respectable haul for a player who’s made 21 appearances for the club since the 2014 MLS Draft, including guaranteed general allocation money, and conditional targeted allocation money, as well as a sliding percentage of a future transfer fee for the next two years.

Right after the Whitecaps dealt Christian Dean to the Chicago Fire, they turned around and acquired his replacement from Real Salt Lake in American defender Aaron Maund. After spending four years with RSL, in which he made 77 appearances, Maund will move to the Whitecaps who end up with a nice exchange between their two moves.

FC Dallas, deep in the crowded playoff race in the Western Conference, has made a big midfield signing of their own, acquiring Venezuelan mid Luis Gonzalez. Arriving from Monagas in the Venezuelan first division, Gonzalez has scored 17 goals in 45 appearances for his native club, and has earned himself three Venezuelan National Team caps since 2016. Details of the transfer were not released.

While not yet officially announced, it appears that the New England Revolution have acquired Hungarian forward Krisztian Nemeth from Saudi club Al-Gharafa Sports Club. In order to complete the move, the Revs jumped to the top of the allocation order by sending $350k in undefined allocation money to the Columbus Crew, who make a nice return off a player they didn’t intend to sign. Details of the transfer have not been reported.

Another late comer to the deadline day action, Orlando City are reportedly set to swap midfielders with the Colorado Rapids. In the exchange, Luis Gil, currently on loan with the Lions, would move to the Rapids as Dillon Powers headed down to Florida. The Rapids will also receive $100k in unspecified allocation money, but the move comes at a cost. The Rapids will now take on payments due to Real Salt Lake for Gil’s loan, which includes $50k in TAM, and an additional $100k in TAM if they re-sign Gil. Both teams will keep their former players cap hits, totaling $140k for Gil on the Lions budget, and $325k for Powers by the Rapids.

The Vancouver Whitecaps completed a late move, officially announced on Thursday after a series of transactions, as they acquire 25 year old Egyptian international midfielder Aly Ghazal. Prior to joining the Whitecaps, Ghazal had his contract terminated by Chinese Super League club Guizhou Hengfeng Zhicheng FC due to strict player regulations. He previously featured in Portuguese Primeira Liga side CD Nacional for five seasons and has appeared five times for Egypt at the senior level. To complete the move, the Whitecaps sent $75k in general allocation money to NYCFC for an international roster slot.

Minnesota United capped their secondary transfer window by acquiring yet another winger. The team reached an agreement to sign Costa Rican international Jose Leiton from his domestic team Club Sport Herediano on a year-long loan until July 10, 2018 with an option to purchase. The 24 year old usual left winger is capable of playing fullback as well, a benefit in a crowded situation out wide for the Loons. Leiton made his debut with Club Sport Uruguay in 2012, and has featured with his current team since mid-2016, helping them to a second-place finish behind Saprissa.

The New York Red Bulls had made a pair of moves earlier in the transfer window for a forward and defender, and now addressed the middle of the field with their last signing of the window. The team acquired former Columbus Crew midfielder Dilly Duka on deadline day. Duka featured most recently for the Crew before being waived in recent weeks. The 27 year old American has made 138 league appearances over his MLS career and brings three years of playoff experience, two with the Crew and one with the Montreal Impact, adding experience to the Red Bulls midfield core.