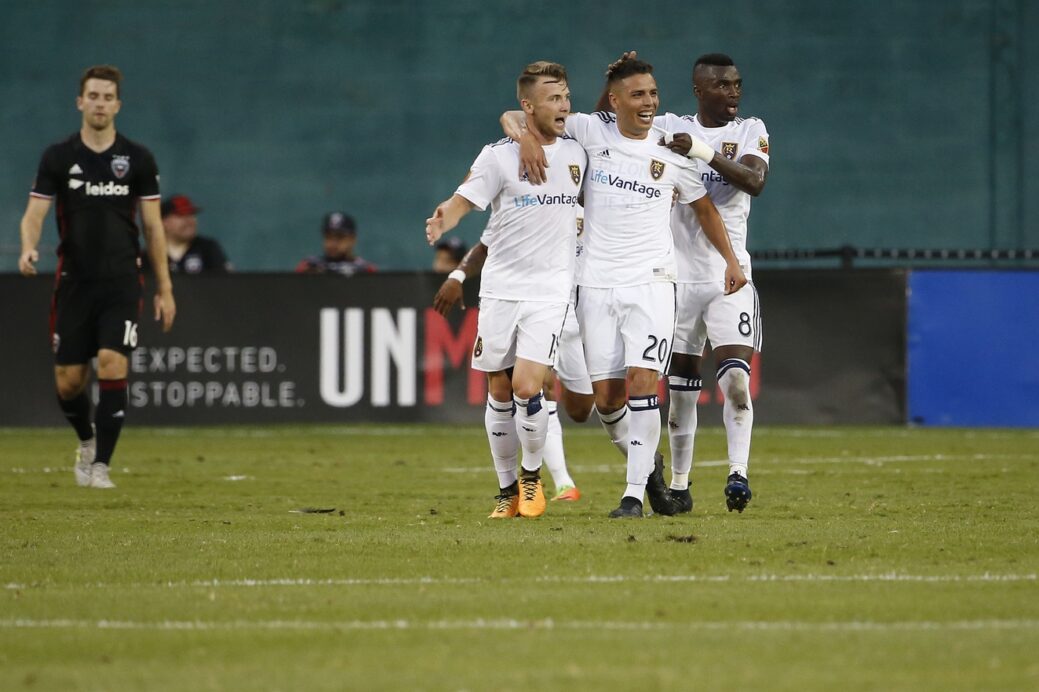 It took a whole day longer than expected, but Real Salt Lake departed RFK Stadium with all three points via a narrow win on Sunday.

Luis Silva fired the lone goal on Sunday, leading RSL to a 1-0 victory over D.C. United in the nation’s capital. The match was originally set to be played on Saturday evening, but was postponed by one day after a rain storm soaked the RFK Stadium field and concourses to the point of flooding.

Silva’s big moment came midway through the second half and it was a stunning one. Following a mishit clearance from Marcelo Sarvas, Silva took a touch before curling a magnificent shot to the far post. Bill Hamid could do little more than watch as Silva’s perfectly-placed shot found the upper corner for the eventual game-winner.

Both teams had their share of chances throughout an evenly split game, but it was a match that simply came down to that one Silva moment. Kofi Opare nearly provided a moment of his own just in first half stoppage time, but his headed shot on a Luciano Acosta cross clanged the post in what was one of D.C. United’s best looks.

Both Hamid and his counterpart, Nick Rimando, were forced into a trio of saves in the match, which featured debuts for two of D.C. United’s new signings. Paul Arriola started and played all 90 minutes, firing two shots, while new forward Bruno Miranda came on late and fired a shot on goal of his own. Russell Canouse was named to the bench but did not play.

D.C. United looks ahead to a visit to the Colorado Rapids next time out while RSL looks to build on the win when they visit the Montreal Impact.

Luis Silva provided the game’s pivotal moment, but he was also active throughout his 68 minutes on the field.

Saturday’s clash came down to one team taking their chance, and it was Silva and RSL that did so.

Marcelo Sarvas’ mishit clearance was one bad moment in a game where he had quite a few throughout his 90 minute performance.