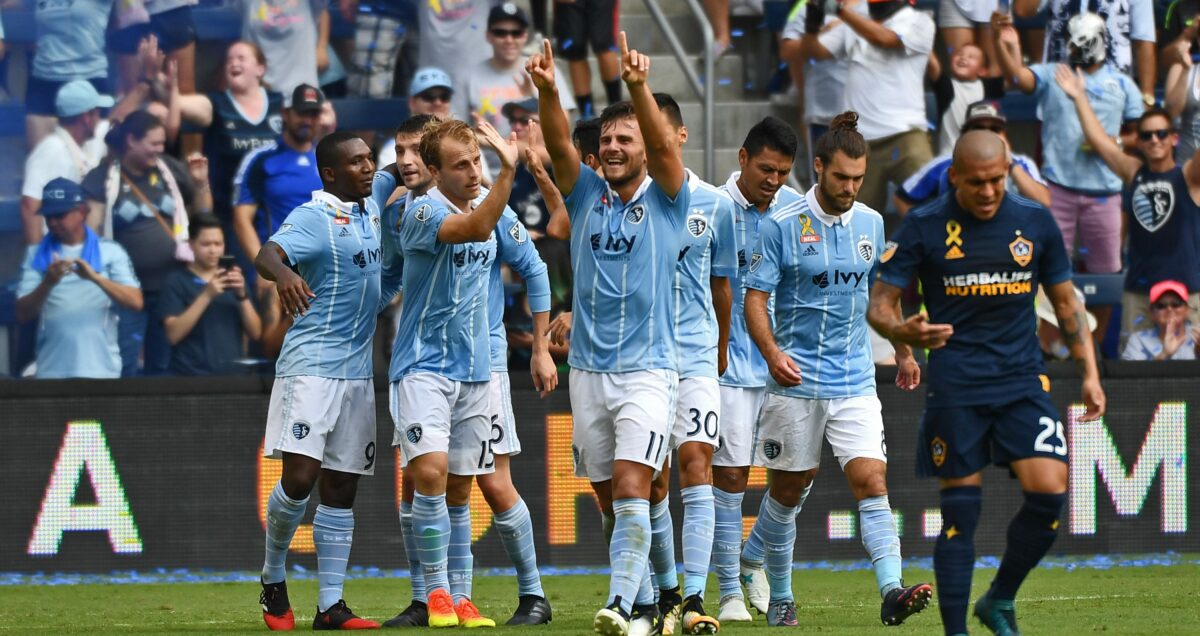 It was a heck of a week for Sporting KC.

After claiming the U.S. Open Cup midweek, Sporting KC took down the LA Galaxy, 2-1, on Sunday at Children’s Mercy Park. The win moves Sporting KC within one point of the top of the Western Conference while keeping the team unbeaten at home.

In the 18th minute, Daniel Salloi scored his second goal of the week and third of the season, scoring on an assist from Diego Rubio. Rubio himself got in on the scoring in the 35th minute, pushing the lead to 2-0 in the first half.

Romain Alessandrini brought the Galaxy back within one in the 58th minute, rocketing home a stunning free kick past a diving Tim Melia. It was as close as the Galaxy would get, as the team lost for the seventh defeat in nine games to move 12 points out of the playoff picture with four matches left.

Next up for Sporting KC is a vital matchup against the Vancouver Whitecaps while the Galaxy face the Houston Dynamo midweek.

Diego Rubio provided the first goal before scoring the second to lead Sporting KC for a win.

MOMENT OF TEH MATCH

Already up 1-0, Diego Rubio’s finish put the match out of reach against the lowly Galaxy.

Michael Ciani is still a new face, but the LA Galaxy defender has yet to truly find any sort of form with his new team.