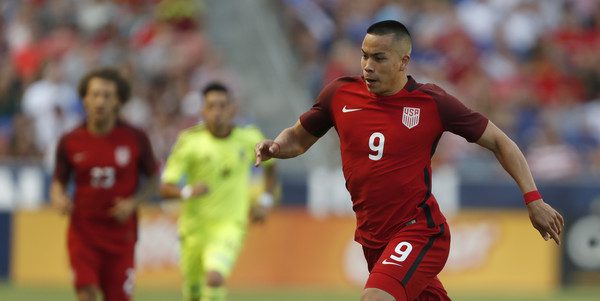 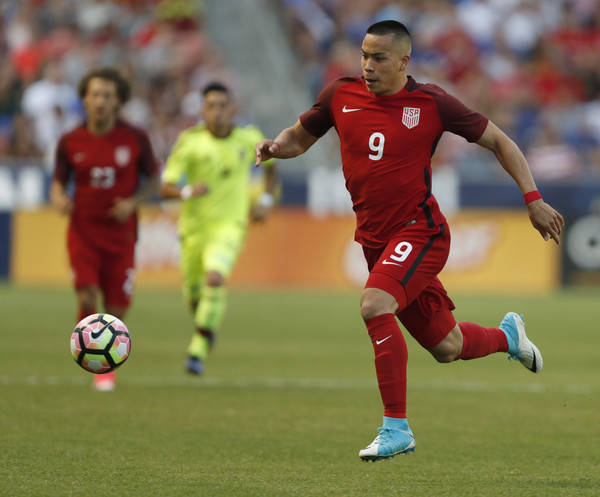 Wood joined the match as a second half substitute and fired an 85th minute goal, sealing a 1-1 draw with Honduras on Tuesday in San Pedro Sula. With the draw, the USMNT remains ahead of Honduras in the Hexagonal table with just two matches remaining.

The lone USMNT finish was a scrappy one and it came via a set piece. After Kellyn Acosta’s free kick smashed the bar, the ball bounced to Wood after a bit of headed pinball. Wood took a touch before rocketing a shot in from close range, stealing a point from a match where that opportunity looked bleak throughout.

Honduras’ goal came 27 minutes in through Romell Quioto, who was a handful throughout Saturday’s match. On a ball in towards the box, Omar Gonzalez whiffed on his slide, allowing Quioto in on goal. The shot curled past Brad Guzan, giving Honduras the lead midway through the opening 45.

The first half was largely an ugly affair with both teams relying on the long ball for a majority of the first 45. That approach didn’t work so well for the USMNT as Bruce Arena’s side created very little throughout the opening half.

Chances generally came through Christian Pulisic, although they were few and far between. The USMNT winger was one of the few players able to keep the ball on the ground and create, helping create the few early looks. His best came later in the first half as he was stuffed by Honduras goalkeeper Luis Lopez.

Meanwhile, the Houston Dynamo duo of Quioto and Elis was dominant, besting Graham Zusi and DaMarcus Beasley throughout due to their pace.

That fact brought changes in the second half as the U.S. switched to three in central defense following the introductions of Geoff Cameron and Paul Arriola.  Wood eventually joined the fray as the USMNT put all cards on the table and it proved just enough to steal a point.

The USMNT still has to take care of business in the final two qualifiers, though. That begins with a home match against Panama in Orlando before the USMNT visits Trinidad & Tobago for the Hexagonal finale.