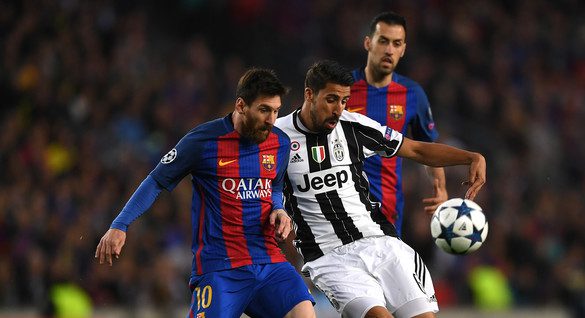 The UEFA Champions League group stage is finally back, and it returns with a pair of mouthwatering clashes involving Spanish and Italian clubs.

Barcelona and Juventus are in the center of Tuesday’s marquee as they open up play in Group D. Over in Group Group C, Roma takes on Atletico Madrid in a showdown at the Stadio Olimpico.

Here’s a preview of those two games and the rest of the eight-game slate in the Champions League on Tuesday.

Injuries of Note: Sergi Roberto and Denis Suarez are back in the Barca squad, but Paco Alcacer will miss out with an illness. Claudio Marchisio, Giorgio Chiellini, Sami Khedira, Mario Mandzukic and Benedikt Howedes didn’t travel to Barcelona for the Bianconeri.

Key to the Game: All eyes will be on the flashy attackers in each lineup, but the game could come down to which defense produces the best performance.

Player to Watch: With that being said, Gerard Pique and Andrea Barzagli will be the cornerstones of their respective defenses, and it will be up to them to lead the back line and quell the threats of the opposing attacks.

Quote:  “It is actually strange to see Barcelona with three new players. They’ve lost Neymar and replaced him with a youngster in (Ousmane) Dembelé, but they remain, along with Real, one of the two strongest teams in the world.”- Massimiliano Allegri

Injuries of Note: Roma will be without Emerson and Patrik Schick, but Alessandro Florenzi could make a return from an extended injury break.

Key to the Game: Diego Simeone rested some of his key players over the weekend against Valencia so the pressure will be on the stars of the Atleti side to get a result on the road with fresh legs. Breaking down the Roma defense early with an attack led by Antoine Griezmann will be key.

Player to Watch: Griezmann is arguably the best player to step on the field in Rome on Tuesday night. If he shows up, Atleti could walk away from the Stadio Olimpico with an early advantage in Group C.

Quote: “We know how important the first match is. It’s key.”- Diego Godin