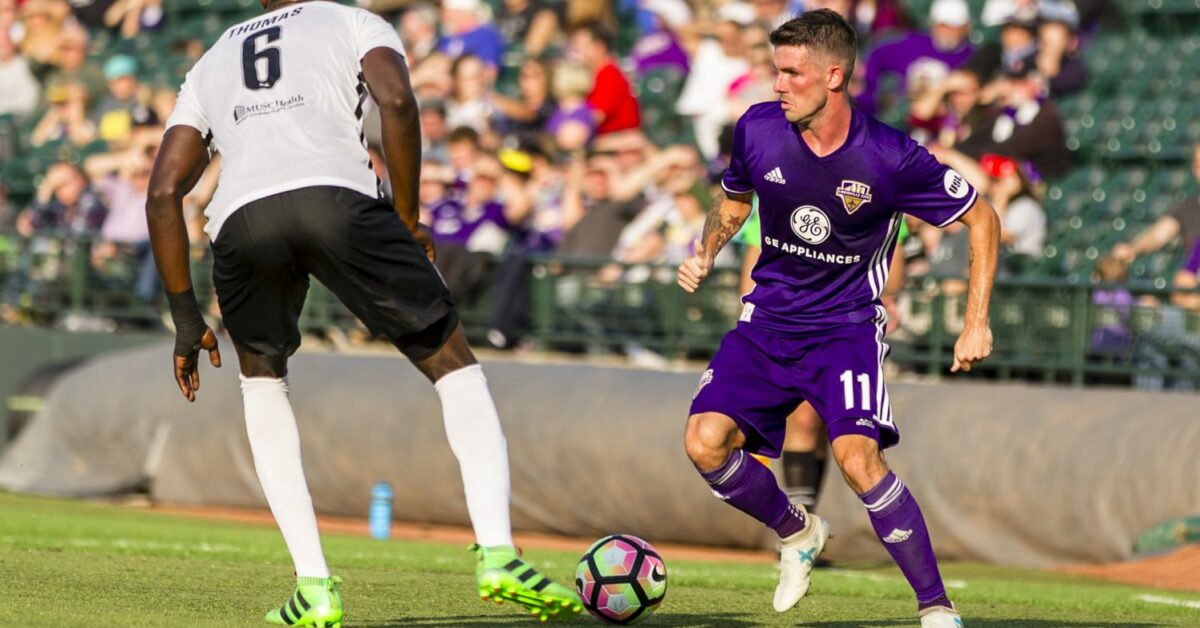 The 2017 USL season enters its final stretch with a number of teams still vying for playoff spots, making for some very exciting matchups in the coming weeks.

The top spots in the Eastern and Western Conferences are all but decided, but the margin for error is incredibly low in the rest of the table. In the East, eighth place to 12th place is separated by just five points. Out West, it is even closer. The Colorado Springs Switchbacks hold onto the final playoff spot with just four points separating themselves with 11th place.

Let’s take a look at all of this weekend’s action:

The Eastern Conference leading LCFC (15-5-5) welcome a Bethlehem Steel (10-11-4) team fighting to climb back into playoff position. Bethlehem Steel will be desperate for points having gone winless in their last four matches. A victory for the visitors could see them leap two spots to seventh if other results go their way. LCFC have only lost once in their last five matches and have outscored opponents in that stretch twelve to four.

The Battery (11-7-8) will look to get their revenge against a Kickers (6-13-8) team that beat them 3-1 just two weeks ago. Since July 1, the Battery have won but a single match, and have tumbled down the standings. The Kickers will be flying high entering the match with three wins in their last four games. While the playoffs are all but out of the question for the Kickers, the role of spoiler has suited them well, expect more of the same in this match.

The Independence (13-5-8) are another team that has cooled consistently over the last month. With a 2-2-1 record over their last five matches, the Independence are hardly looking like the beasts of the Eastern Conference from a month ago. The Fury (7-9-10) have also struggled over that same stretch, failing to win a match since August 12. Finding victory on the road may be a struggle for the former NASL side, but with the playoffs slipping away, the Fury have to find a way to get maximum points.

FCC (9-9-9) is coming off of a draw on the road to the Harrisburg City Islanders, rescuing a point at the death with a very late goal. For a team hovering around the playoff line, that should be a red flag. For NYRBII (11-11-5), they are on the opposite path, rocking and rolling to a six-game unbeaten streak. These teams met a month ago in New Jersey and FCC dropped the result 4-0 on the heels of their U.S. Open Cup defeat to the New York Red Bulls. Do not expect a similar performance or result in this one. Each team is looking to build momentum, and a win for either side could be the statement they desire.

While the City Islanders (7-14-7) and TFCII (5-16-7) are both off the pace to make the playoffs, they feature exciting players who seem to have MLS ambitions. Jordan Hamilton, Tsubasa Endoh, and Sergio Carmargo all look like players for the future for Toronto. Cardel Benbow, Pedro Ribeiro, and Paul Wilson have been entertaining for the City Islanders, if a bit inconsistent. With both teams capable of defensive lapses, and have opportunistic attacking players, this one could prove to be an high-scoring, and entertaining affair.

With the Riverhounds (8-9-10) failing two big tests against teams above them in the standings over the last two matches, things will not get any easier when the Rhinos (11-5-9) come to town. Corey Hertzog is having a low key productive year, and his speed could cause fits for the Rhinos. The Rhinos knack for keeping things compact and scores low certainly plays in their favor in a road match. Make no mistake, the Riverhounds need to get a result here if they want to see a postseason birth.

The Toros (7-13-7) are struggling, and Reno 1868 is the last team they will want to try to break their current of poor form against. Reno 1868 are the most dynamic attacking side in the Western Conference, and the Toros defense has been poor in recent weeks. Expect Antoine Hoppenot and Brian Brown to rip the Toros to shreds if they make mistakes in their own half.

STLFC (8-12-7) are another team clinging to playoff hopes, but need to start finding results, especially after going winless in their last four matches. OCB (8-7-12) seem like a lock to make the playoffs with their strong form of late, though notably they did slip up at home to the Richmond Kickers last week, and have only won twice in their last five matches. OCB could use this match as a spring board if other results fall their way. STLFC need a win at home to keep pace with the rest of the Eastern Conference hopefuls. Anything less for the home side will be hard to recover from without a lot of other results going their way.

The Switchbacks (9-11-7) and Sounders 2 (9-15-3) each spent time further up the table before a rough patch this summer. Sounders 2 should be encouraged with a point earned last week against Reno 1868, but with other teams in front of them and with games in hand, it is not looking good for the home side to make the playoffs. The Switchbacks must overcome their current four-game winless streak to create separation from the teams chasing the final playoff spot in the Western conference.

Phoenix Rising (10-7-7) are on a fantastic run of form that has seen them rise up the table. Bad puns aside, Phoenix Rising are getting results down the stretch and still hold games in hand over teams below them in the table. The most impressive part is that they have been without Omar Bravo and Didier Drogba for most of that stretch. While Bravo looks unlikely to return, Phoenix Rising will have to weigh Drogba’s offensive output against the teams current results. The Monarchs (17-4-5) seem to have sown things up at the top of the table, and have stumbled a bit because of that. It might just be the right time to face the leaders for Phoenix Rising.

Sac Republic (11-8-6) seem to have righted the ship with a win over the Toros last time out, but a string of results is what they need heading into the final stretch. Los Dos (7-14-5) have given teams trouble on the road, but generally play to their inexperience. While it makes for tough results for the young team in the short term, the long term gains could well be plentiful.

The Rangers (13-7-6) are yet another top team that has gone through a bit of a cooling off period in the late summer. Having made their way to second place in July, they have fallen back down to fourth with a tough stretch of results. SAFC (14-2-10) are comparable to the Rochester Rhinos in the Western Conference. They know how to stay compact and wait to pick their chances. The Rangers will find it difficult to break through on the counter to find chances. This match could easily finish scoreless, which the visitors would welcome and the home team would lament.

The Roughnecks (12-10-4) have positioned themselves well for the final stretch of matches, A derby match over rivals OKC Energy (9-10-7) might be their biggest test left in the regular season. OKC Energy cannot afford to drop points at home with a win putting them back into the final playoff spot in the Western Conference. The Roughnecks have already taken two 2-1 results over their rivals, expect the trend to continue this weekend.

To start the summer, OCSC (8-9-9) had a bucket of games in hand over the rest of the Western conference. Their mostly .500 performance through those matches kept them from taking advantage of those matches, and now sit a point behind the Switchbacks and OKC Energy. Whitecaps 2 (5-14-8) will be watching the playoffs from home this season, but they have played the spoiler role well this summer, forcing a number of tough draws and upsets. Can OCSC shake off their mediocre form and climb the table?