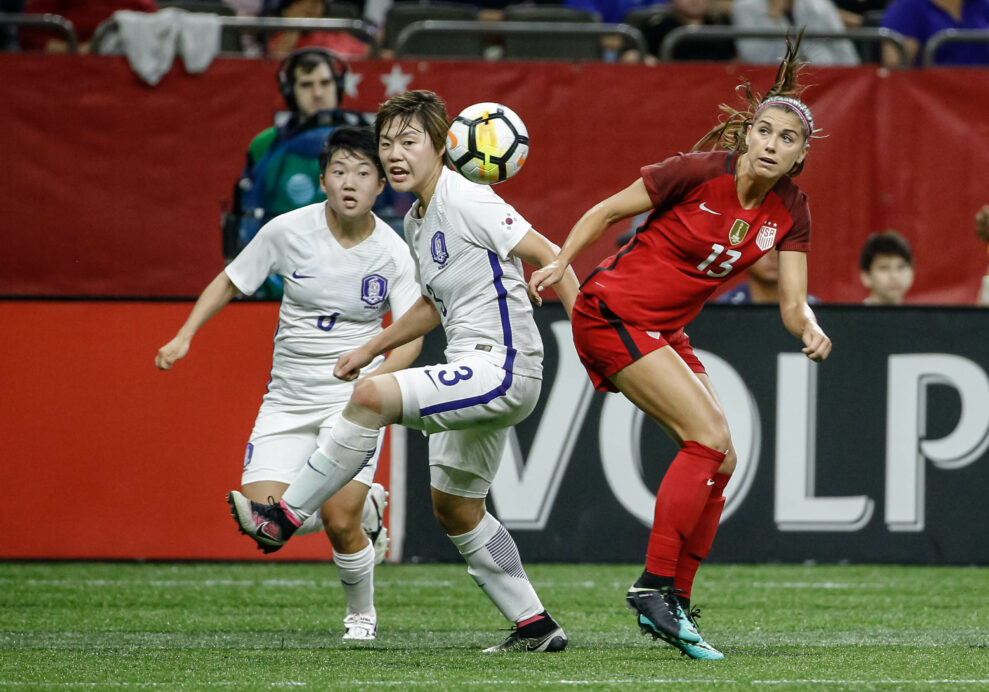 The USWNT recorded yet another victory, this time beating South Korea, 3-1, at the Mercedes-Benz Superdome on Thursday.

The reigning world champions got their scoring started after 23 minutes, with Julie Ertz scoring off a header. Megan Rapinoe, from a corner, swung in the ball, and Ertz was there to finish, scoring her second goal of the year for the national team.

In the 40th minute, the lead was doubled thanks to Morgan. The play started with an impressive run and pass from Mallory Pugh, who found Kelley O’Hara running into the penalty area. O’Hara then ran to the endline and flicked the ball to Morgan in the middle of the penalty area, and the forward finished from there.

A third goal came after the opponents conceded a penalty, which Megan Rapinoe earned and then converted in the 52nd minute.

The U.S. team did not walk away from the match unscathed, as Mallory Pugh was switched out at the end of the first half with what is suspected to be a right hamstring injury.

The match also marked the return to the national team for Andi Sullivan, who last played for the team in November before tearing her ACL with Stanford last fall. The midfielder played 45 minutes, and will return to her university after the match. Captain Carli Lloyd also played her first game for the national team after missing September’s friendlies with an ankle injury, coming on for a brief 13 minute cameo.