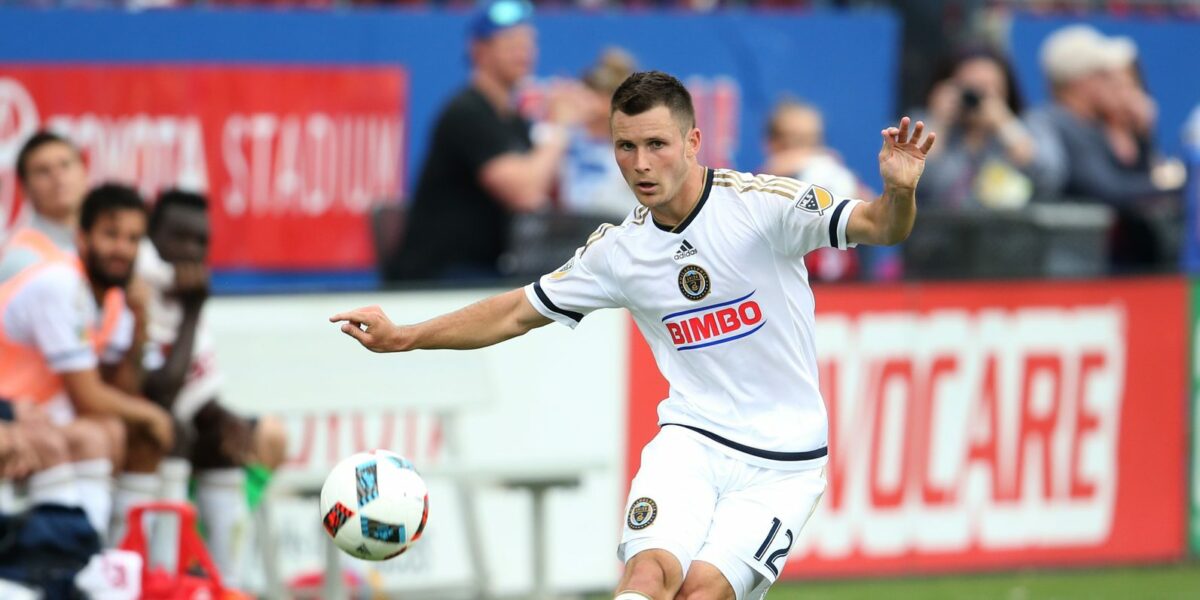 Keegan Rosenberry’s rough 2017 campaign won’t have a chance to end on the field this weekend.

The Philadelphia Union suspended the American right back for Sunday’s game against Orlando City because of a tweet head coach Jim Curtin and sporting director Earnie Stewart ruled inappropriate.

“Keegan Rosenberry will not be part of our 18 this week,” Curtin said. “Social media activity prior to kickoff (of the Fire game) was inappropriate. It was unprofessional and disrespectful to the players in the locker room.”

The tweet in question came before the Union’s loss to the Chicago Fire on Sunday. It featured a picture of Rosenberry and Union defender Richie Marquez on the bench with a few emojis and the caption” need some caption help” in parenthesis.

This is the now deleted tweet that got Rosenberry suspended. pic.twitter.com/NVGxhKxb2c