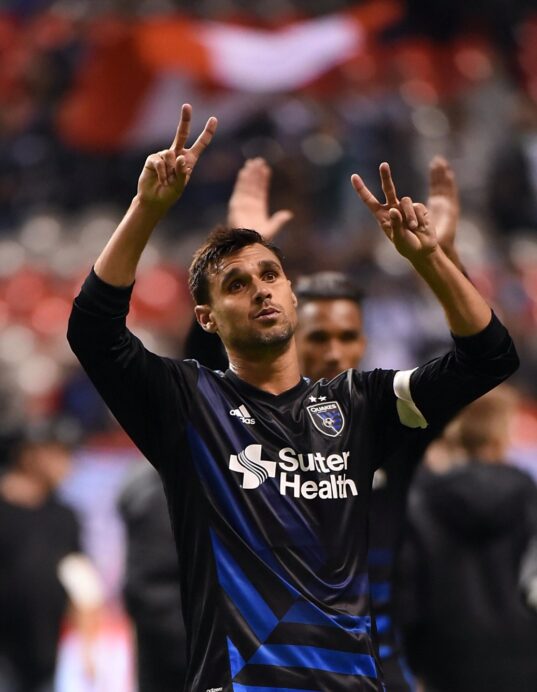 The San Jose Earthquakes were never supposed to walk out BC Place with their arms up high in a celebratory position, however a five-goal defeat wasn’t expected either.

The Quakes simply collapsed, again. The narrative that the team had learned to avoid folding after conceding was all but visible Wednesday night.

Yes, the team was elevated to its first playoff appearance in five years with the likes of GM Jesse Fioranelli and rookie manager Chris Leitch steering the ship, but their 5-0 defeat to the Vancouver Whitecaps was a taste of the duos nadir.

After flirting with euphoria three days earlier, the Bay Area side’s one-sided loss verified their shambolic goal differential. It ends there though, as a much-needed offseason will foster for roster changes and most importantly, self reflection.

“Right now, it’s very hard to look at positives, especially when you lose 5-0, but in the next few days it’s something we’re all going to have to do – sit down and look at what went right and what went wrong,” Shea Salinas said. “This year we showed a lot of heart, a lot of fight. We lost some pretty ugly games, but we won and showed a lot of grit in a lot of games as well.”

“Those Open Cup games, that loss in Kansas City, that showed a lot of character,” he added. “A lot of last-minute goals, that Minnesota game at the very end was something that showed character. So those are things we have to build off of and next year going into the season, we have to use those and remind ourselves of what it takes to win games and remind ourselves how we lost games as well.”

To such a degree, the Quakes were never suppose to partake in this campagins MLS Cup Playoffs; a new manager in late June, players going hot and cold and a regressing yet competitive Western Confrence, set quite the feat. But a handful of cathartic victories along with the unamgined fall of FC Dallas resulted otherwise.

As for MLS Cup glory, boiling the ocean would have occured first. The Quakes 2017 season was simply a hyperbolic learning curve that has left behind plenty of ebb and flow scenarios to study, learn and grow from.

“There are a lot of good moments with this team. I think this team grew as the year went on,” Leitch said. “We beat some darn good teams that are in this league, and we really hit our stride especially coming down the stretch.”

“We were able to handle some pressure-filled games and situations when everything was on the line and mattered to get to the place where we were tonight,” he added. “A lot of positives, but obviously some negatives too.”