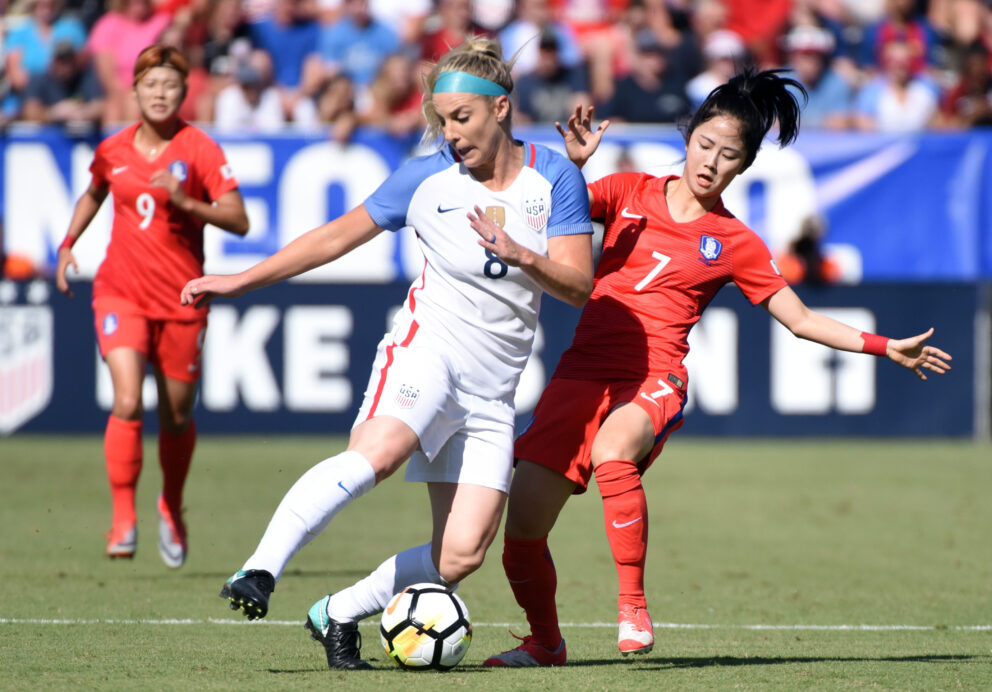 The U.S. Women’s National Team recorded another one of their big wins, blasting six past South Korea at Sahlen’s Stadium in Cary, North Carolina.

The scoring came early and it came often, starting with a third minute goal from Samantha Mewis, followed by another goal in the 20th minute. For the second, Lindsey Horan put a ball into the box and it ended up at the feet of Mewis, who scored from close range at the stadium where she plays with her club, North Carolina Courage.

The third came from Christen Press, who took the injured Mallory Pugh’s place in the lineup. After receiving the ball from Alex Morgan at the edge of the penalty area, Press ran a little bit forward and struck easily past the goalkeeper for 3-0.

The second half saw a heavily rotated side, though the team did not slow down in scoring. Julie Ertz scored her second goal in two games, and again from a set piece. Ertz headed the ball from a corner as she adds to her reputation as a set piece master.

A fifth came in the 61st minute, with Lynn Williams tallying, also in her home stadium. She received the ball from Megan Rapinoe, and ran down the left flank into the penalty area. From there, she scored from close range.

The final one came seven minutes from full time, when Allie Long scored. The pass came from Rapinoe again, this time across goal. On the other side of the pass and bounce was Long, who finished right in front of goal.

The match is the sixth win in a row for the USWNT. The day also saw the debut of McCall Zerboni, who, at age 30, is the oldest debutante the team has had.