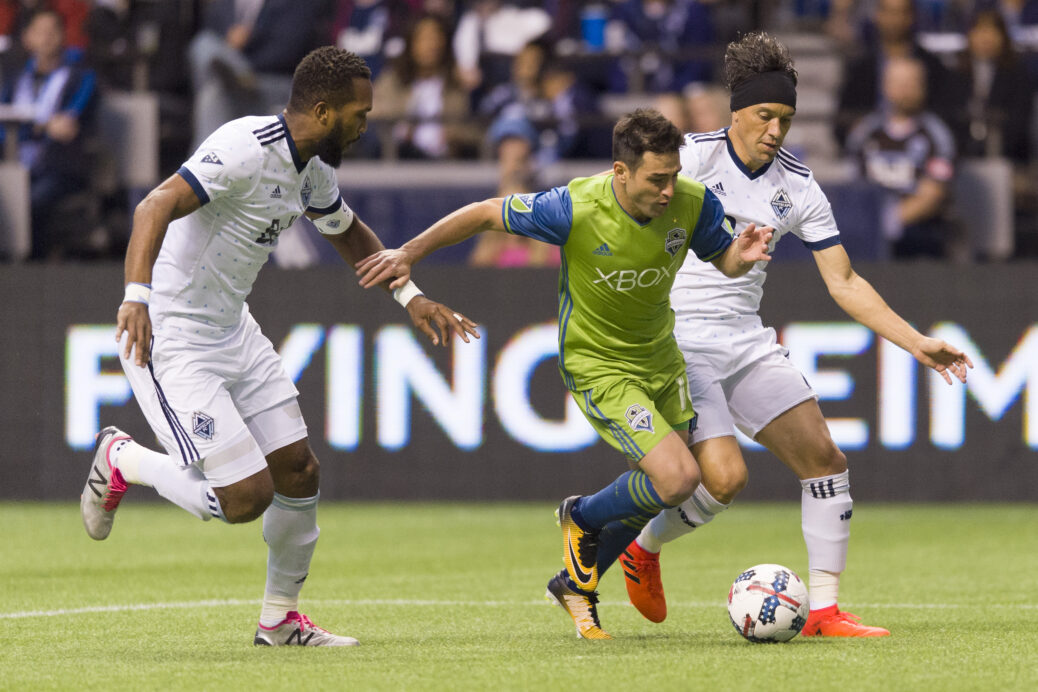 The Vancouver Whitecaps began the playoffs with a high-flying thumping of the San Jose Earthquakes. Sunday’s match against the Seattle Sounders was a bit more tepid.

In the first match of the two-legged Western Conference semifinal clash, the Whitecaps dueled the Seattle Sounders in what turned out to be a chess match of a 0-0 draw that featured few chances either way.

The first half saw several efforts from both sides that were inches away from resulting in goals. Brek Shea’s volleyed flick across the six-yard box was cleared off the line by Roman Torres in the 30th minute while, seven minutes later, Whitecaps defender Kendall Waston thumped a clearance off his own crossbar.

As the match continued, the Whitecaps made some attacking moves in an effort to create more in the final third. The second half saw the introductions of Yordy Reyna and Cristian Techera, although neither was able to provide the pivotal moment for the hosts.

The visitors, meanwhile, struggled to put much together without the suspended Clint Dempsey. In total, the match featured just one shot on target for either side.

Following the draw, the two will now head to Seattle for the second leg, which is set for Thursday.

Both sets of defenders were rock solid throughout a match that features plenty of bunkering, but Tim Parker’s performance was likely the best of the bunch for a Whitecaps team that locked down the Sounders attack.

Kendall Waston’s mishit clearance was the closest anyone came to scoring, and the Whitecaps defender was lucky not to concede an own goal.

Sunday’s clash wasn’t pretty, especially in the attacking end. Starting up front, Will Bruin was unable to fire a shot in what was a quiet day.