With playoffs at stake, Quakes plugging pieces on and off the field 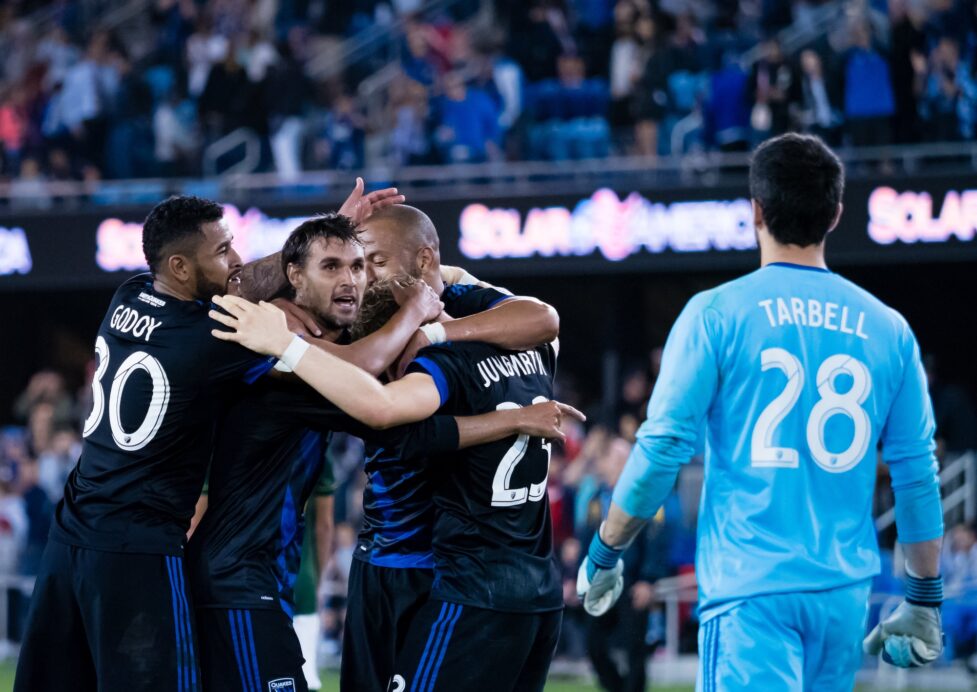 SAN JOSE, Calif. — There was an uncommon and unknown element about the 11 players Chris Leitch fielded on Saturday.

Aside from their rousing, creative and cohesive play on the pitch, they brought long-lost smiles to those in the stands and even influenced those same to cheer go-getting defensive plays which in past blowouts were only mused. Most notably, were the laughters, the energy within the Quakes dressing room following their crucial victory over the Timbers, which resurrected the half-decade playoff dream that was all but crushed just three days earlier.

Granted, it could have been survival instincts kicking in or a post-match lets-set-the-record-straight talk given by Leitch to get to the bottom about the fiasco. But it was going to take something profounder, something unique to get San Jose quickly back on track to turn its fortune around. That something else? A family-esque team dinner, arranged by general manager Jesse Fioranelli, only a night prior to their match of the season.

“It was nothing about tactics or about the game,” Quakes forward Danny Hoesen told SBI.  “It was just getting together and having a meal and feeling like a family. I think that’s the most important [thing] in a team – you have to feel good and confident with each other. That’s what the dinner was about.”

And uncommon, as well, were some of the faces defending the Black and Blue against the Timbers after weeks of inactivity, who after falling out of favor at times, still highlight on the amalgamation the Bay Area side had on the dinner table and on the field.

“Extra. [the dinner was something] extra,” Victor Bernardez told SBI. “The important thing is to add up the points. I think we were in need of a team dinner like the one we had. Everybody here knows what we are playing for at the end.

“I think the important part is the unity that has been demonstrated. Lately, things haven’t resulted in the best way, but that is soccer. That is soccer. We have to keep working. We have two games, two finals.

Commitment like showing up to a team dinner despite reaching the season nadir days prior; outplaying the second-place Portland Timbers; limiting this year’s arguable MLS MVP in Diego Valeri to zero shots on target, will have to carry over to a hostile environment: BC Palace. Like times before, the Quakes will put everything on the line.

“We know it’s going to be a tough task, but I think we can use this catalyst to keep us together and continue to grow this bond that we have,” Wondolowski told SBI. “We have two games, 180 minutes to play this year to play for our playoff lives.”

And whoever picked up that exorbitant tab following that team dinner must really like his team as well.