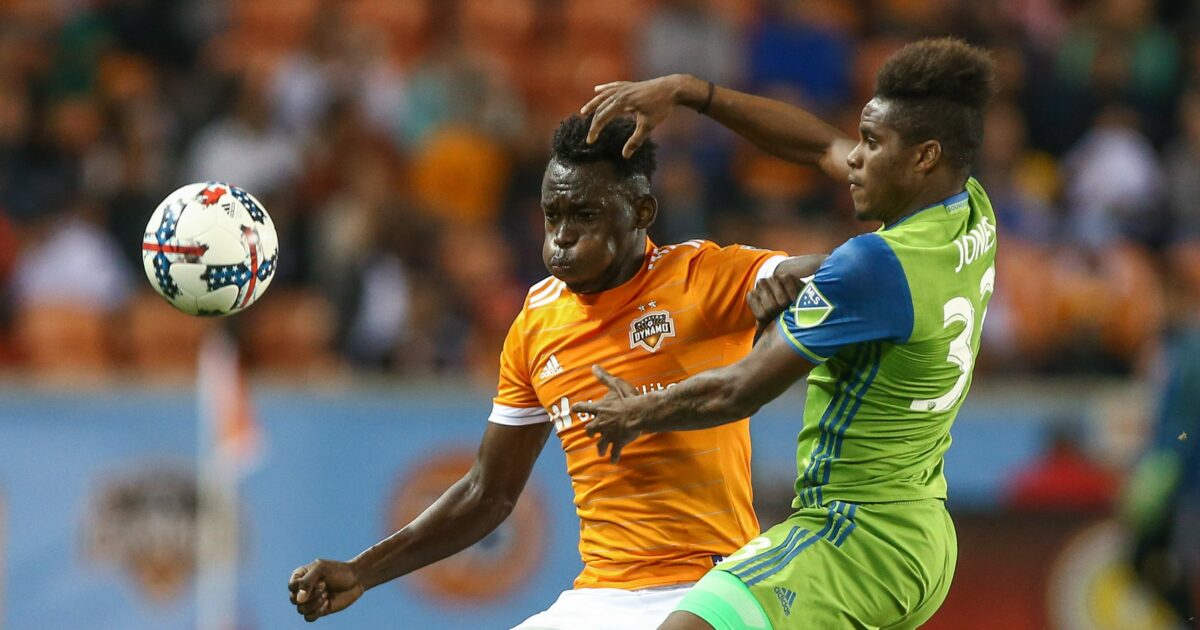 The Houston Dynamo stunned the Portland Timbers at Providence Park in the Western Conference semifinals, sealing a major upset of a team considered to be among the league’s favorites.

Their reward? A clash with the reigning MLS Cup champions, a team that’s beginning to find its stride at the right time.

The Seattle Sounders toppled the Vancouver Whitecaps behind Clint Dempsey’s heroics last time out, and now they’ll look to start off on the right foot in Tuesday’s Western Conference final opener. A good beginning will need to come in Houston, as the Dynamo play host to one of the league’s most dangerous teams with a chance at creating another upset.

The Dynamo took down the Sounders, 2-1, on home turf back in March before June saw the MLS Cup champions earn a bit of revenge with a 1-0 win in Seattle.

DYNAMO: Alberth Elis has been the Dynamo’s efficient and dangerous attacker throughout their recent run, and the team’s attack likely goes as far as he does in these next few games. After joining Honduras for a World Cup playoff in New Zealand, there are concerns with his fitness, but, if he’s ready to go, he’s the Dynamo’s best chance.

SOUNDERS: On the road in the opening leg, chances could be hard to come by for the reigning champions. Several of those chances are likely to come from Clint Dempsey, who is fresh off a superstar performance against the Vancouver Whitecaps in the last round.

PHILIPPE SENDEROS AND ADOLFO MACHADO vs. CLINT DEMPSEY AND WILL BRUIN

The Dynamo’s defense looked to be their weakness heading towards the postseason, but it has somehow turned into a relative strength. Over the club’s last seven matches, the Dynamo have conceded just three goals.

Part of that comes down to the addition of former Arsenal defender Philippe Senderos and the improved play of Adolfo Machado. Each of the two are one card away from yellow card suspension, and they’ll have their work cut out for them against an attacking duo of Clint Dempsey and Will Bruin. The two Sounders attackers are tricky and have the ability to pop up in random positions, offering a major challenge for a Dynamo backline that has found success despite the lack of game time together.

DYNAMO: Eric Alexander has become a vital cog in the Dynamo midfield after proving to be just a spot starter in the regular season. The club is 9-2-2 in the 13 matches he has started this season and, against a midfield featuring Cristian Roldan and Gustav Svensson, he’ll need to be active and involved in killing off the connection between the Sounders’ attack and its midfield.

SOUNDERS: Chad Marshall has been dealing with a bit of a hip injury, but should be good to go for Tuesday’s match. The defensive unit of Marshall and Roman Torres has been almost unbeatable since the Panamanian joined the Sounders with health being the only concern with the duo. If the two are healthy and on top of their game, the Dynamo will struggle, even with the hosts’ pace advantage.

Make no mistake: the Dynamo are underdogs in this series. The club has been on a heck of a run and there’s plenty of young talent to foster over the next few years, but the Dynamo will need to produce something special to get past the reigning champions.

It’s not impossible, though, but it will need to start on home turf. Fortunately for the Dynamo, the Sounders have never won at BBVA Compass Stadium. Setting the tone at home would go a long way towards boosting the Dynamo’s chances, much like it did last round when the club held the Timbers before stunning them in their own building in the second leg.

For the Dynamo to do that, they’ll need to rely on an improving defense and a dynamic attack that may struggle against a strong Sounders backline. Expect the Sounders to be content absorbing pressure and limiting the Dynamo on the counterattack. Look for Joevin Jones’s speed to help neutralize some Dynamo runners while Cristian Roldan will look to offer a bit of control to the midfield battle.

While the Sounders will look to slow things down and play through playmakers in Clint Dempsey and Nicolas Lodeiro, the Dynamo will need to run, run again and then run some more. They’ll need to drag Roman Torres and Chad Marshall into uncomfortable positions. If they can’t, Torres and Marshall get stuck in, and there are few teams that can work their way around a comfortable Sounders defense.

Overall, it will be a game of tempo. Can the Sounders keep things calm enough to head into the second leg in good position? Can the Dynamo push the pace, steal a goal or two and put pressure on the favorites? Or will the two teams be content to grind out a draw and play for it all in the second leg much like they did in the opening round?

Those questions will answer the way in which Tuesday’s match is played and what type of rhythm and direction the series will take with an MLS Cup berth on the line.