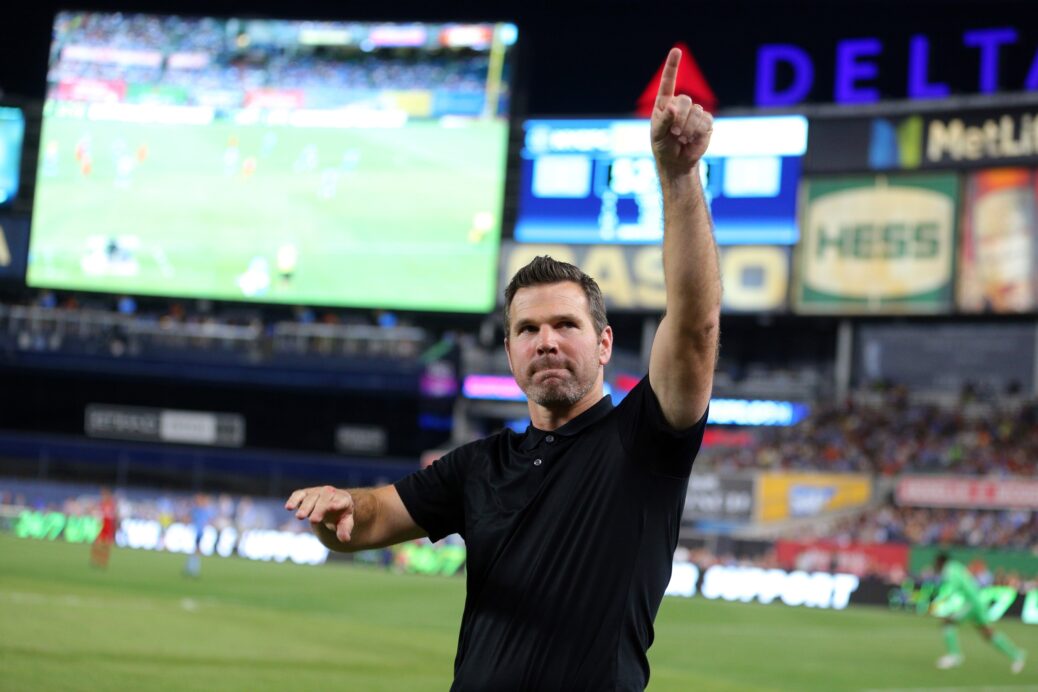 Winning the Supporters’ Shield while finishing with the best record in the history of MLS will certainly earn a team a lot of recognition. While Toronto FC had the high end talents of Sebastian Giovinco, Michael Bradley, Jozy Altidore, and more available to them, it took a special head coach like Greg Vanney to get the team to gel together into one of the greatest forces the league has ever seen.

Because of this, Vanney is SBI’s MLS Coach of the Year.

He took a team that narrowly lost the MLS Cup Final last year and made them into the best regular season team MLS has ever seen. Their 69 points broke a league record that had stood since 1998.

He took over Toronto FC in 2014 as his first head coaching job. He has done nothing but succeed as he’s led the team to three consecutive playoff appearances and has them on the brink of a second straight Eastern Conference title. He’s also won back-to-back Canadian Championships.

Here’s the rest of the candidates for SBI MLS Coach of the Year, as chosen by the SBI editorial staff:

Wilmer Cabrera’s return to MLS went far better than expected. The former Chivas USA boss took a revamped Houston Dynamo squad from being the worst in MLS to making an appearance in the Western Conference Final. He was able to coax strong seasons out of Eric Torres, Alberth Elis, and Romel Quioto as the Dynamo managed to finish fourth in the Western Conference before a playoff upset of the Portland Timbers put them on the brink of winning the conference.

Martino took charge of an Atlanta United team that was built for success right away and he didn’t disappoint. Using a wealth of young players from the U.S. and South America, Martino guided the expansion team to the fourth seed in a very competitive Eastern Conference. The team couldn’t get out of the first round of the playoffs, but that shouldn’t count against the fantastic coaching job that provided one of the best expansion seasons in MLS history.

Paunovic oversaw one of the other rags to riches stories in MLS. The Chicago Fire finished third in the East thanks to his ability to revamp an attack that seriously lacked in goals. He got a lot of help from new midfielders Dax McCarty and Bastian Schweinsteiger and Golden Boot winner Nemanja Nikolic, as well, but Paunovic’s ability to blend youth with experience earned him a spot on the list.

Robinson took a disappointing Vancouver Whitecaps team from 2016 and returned them to the front of the Western Conference again this season. Had it not been for a Decision Day defeat to their Cascadian rivals from Portland, the Whitecaps would have won the Western Conference’s regular season crown. Robinson did well to mix veteran players like Freddy Montero with the youth power of Jake Nerwinski and Alphonso Davies into a successful team capable of competing for years to come.