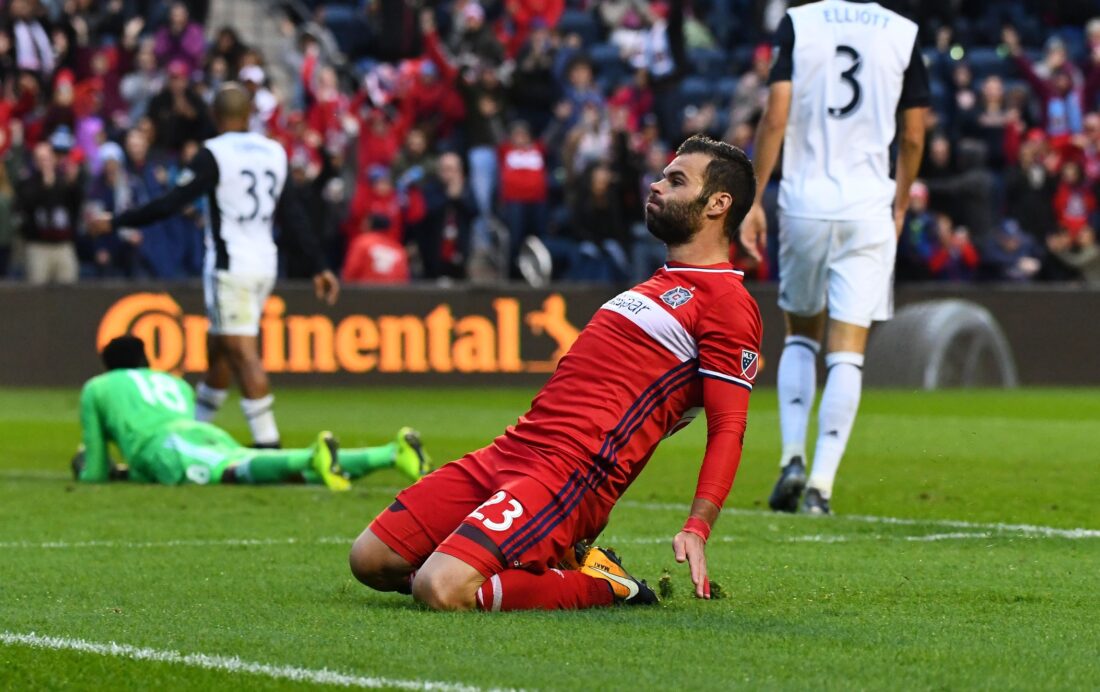 Nemanja Nikolic took MLS by storm in his first season in the league. He tallied 24 goals, which led the league, while taking a Chicago Fire team that had the worst record in the Eastern Conference each of the past two seasons back to the playoffs in 2017.

His outstanding year has him recognized as SBI’s MLS Newcomer of the Year for 2017.

The Hungarian international arrived in Chicago over the winter from Polish champions Legia Warsaw. He was a prolific goal scorer with The Wojskowi, where he scored 41 times in 56 appearances.

He took that form over to MLS, where he started all 34 of the Fire’s matches. He scored his first of 24 goals in his second match and he only got stronger as the season went on. He bagged a hat trick in the Fire’s second to last match of the regular season to cap a run that saw him score eight times in six matches.

Here’s the rest of the nominees for the award, as chosen by the SBI Editorial Staff:

Almiron had another fantastic debut season in MLS. The Paraguay international scored nine goals and notched 14 assists while appearing in all but four of Atlanta United’s games. He scored a brace during the blizzard that was Atlanta’s trip to Minnesota in the second game of the season and a hat-trick a couple months later at home against the Houston Dynamo. He missed some time towards the end of the season due to injury, but he was able to get back into action for the regular season finale, where he picked up an assist against Toronto FC.

Victor Vazquez may not have the star power of Sebastian Giovinco or Michael Bradley, but he was a major force in Toronto FC’s record setting season. A product of the Barcelona youth academy, he arrived in Canada from Cruz Azul and had a great debut season for the Reds. He scored eight goals and provided 16 assists for a team with no shortage of attacking firepower.

Martinez led Atlanta United in scoring, despite only appearing in 19 matches all season long. His 17 goals were the second most of any newcomer to MLS in 2017, and included three hat-tricks. The Venezuelan international was loaned to The Five Stripes from Torino in Italy’s Serie A, but Atlanta will not let him return to Italy when the year is over after finalizing a permanent deal.

Alessandrini was one of the few bright sports for the LA Galaxy this year. The 28-year-old Frenchman arrived from Marseille over the winter and became one of the best players the Galaxy had. He scored 13 goals and had 12 assists, leading the team in both categories.